The title of Christian Andersson's exhibition, «A Splitting Headache» suggests that an exceptionally severe headache has created something like a split vision, a state of mind making it difficult to distinguish the difference between the old and the new, or the illusion from reality.

The piece «While You Were Sleeping» evokes amongst other things the particular state of consciousness that seems to prevail throughout the show: the moment that follows waking up, when the mind, still confused, tries to sort the memories and the products of our imagination from what we just experienced in our dreams. "While you were sleeping we lost the key to the lighthouse" is the sentence put together by the five titles of the books and DVDs forming the piece. This could be interpreted as an allegory, a way for the artist to express his lack of interest in art proclaiming definitive statements (about the world, about psychology, history, etc).
An artist that some may consider «conceptual», Sol Lewitt, once said that "the idea becomes the machine that makes the art". The work of Christian Andersson seems to be a peculiar interpretation of this statement; the subconscious at work making art.

In a photographic work entitled «Reanimator» a spark of light is brought to a dead body part (the right hand of the artist cast in wax), bringing to life a replica that most likely will outlive its "animator". Just as the horseshoe-crab in «Self Portrait / Living Fossil» is taking over the image, covering the face of the portraited artist, thus blocking the personal identity expected in a self portrait.

In the video entitled «Black Box» we recognize a visual language resembling videos recorded when someone is held ransom. It is staging a trio of gangsters that gradually prove to be illusionists performing a violent and absurd act. From the inside of the projection room, the view on the rest of the exhibition is filtered by a tinted PVC curtain, again evoking a feeling of a dreamlike, illusory view.

The five «Scanners» in the center of the space are laser-cut silhouettes based on the five black and white plates from the infamous Rorschach inkblot test. Each shape is mounted on an axis connected to a motor, making the shapes spin extremely fast. This gives the illusion of a blurry three-dimensional object, making its physical presence uncertain.
The shapes in a Rorschach test can be considered images (or non-images) of Modernity, psychology being an invention of modern times. Yet, they also represent some sort of antiquity of this period – the first years of research in Psychiatry, just as the customized Mies van der Rohe chair in «Magus» does in its own field. In spite of their technical sophistication, the «Scanners» brings to mind the optical machines that preceded the invention of cinema.
«Plate XI» is an «apocryphal» plate of the Rorschach's tests series, where the shape of the Mies van der Rohe chair, reproduced twice, is recognizable, echoing the installation presented in the main space. 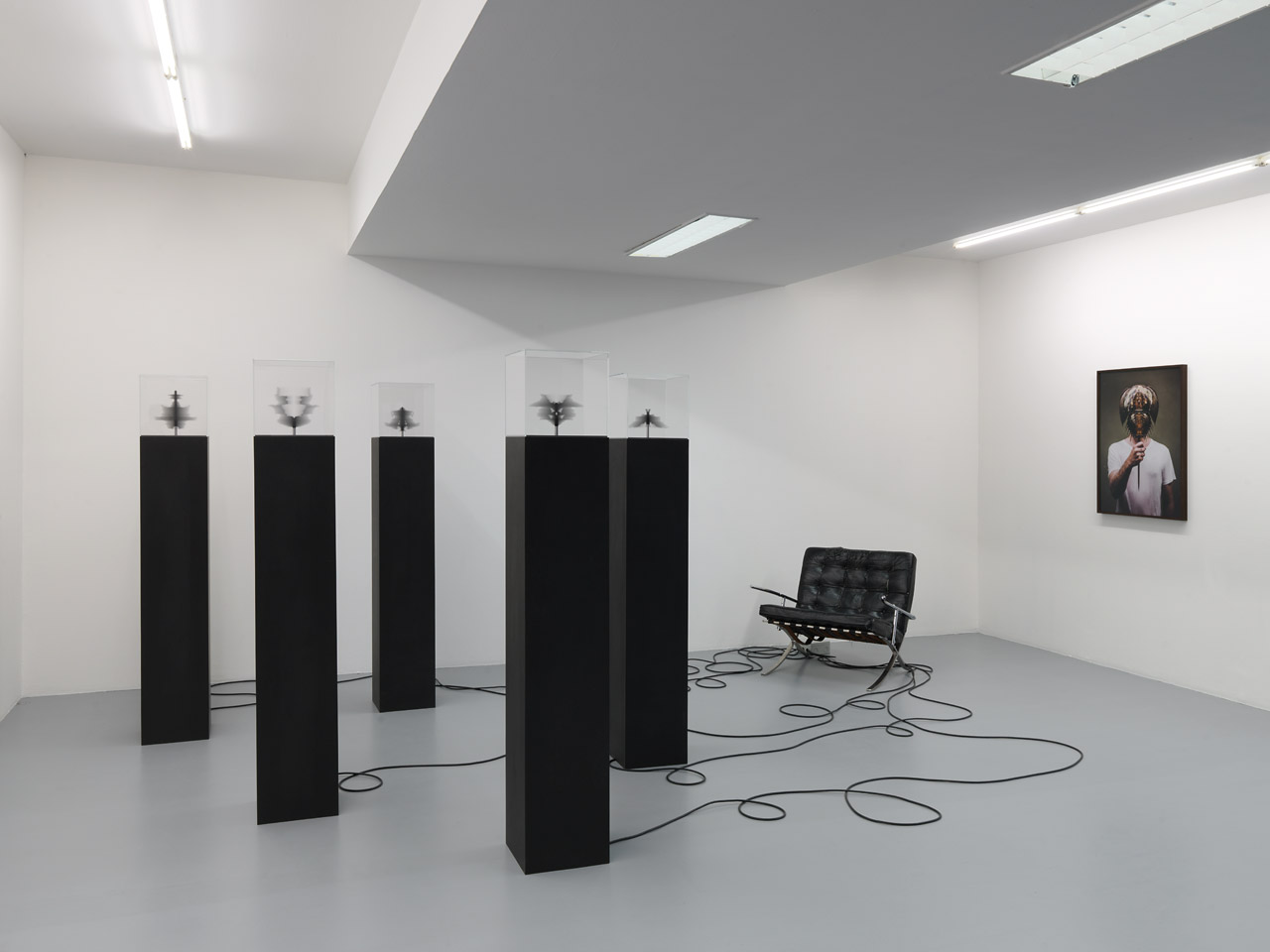 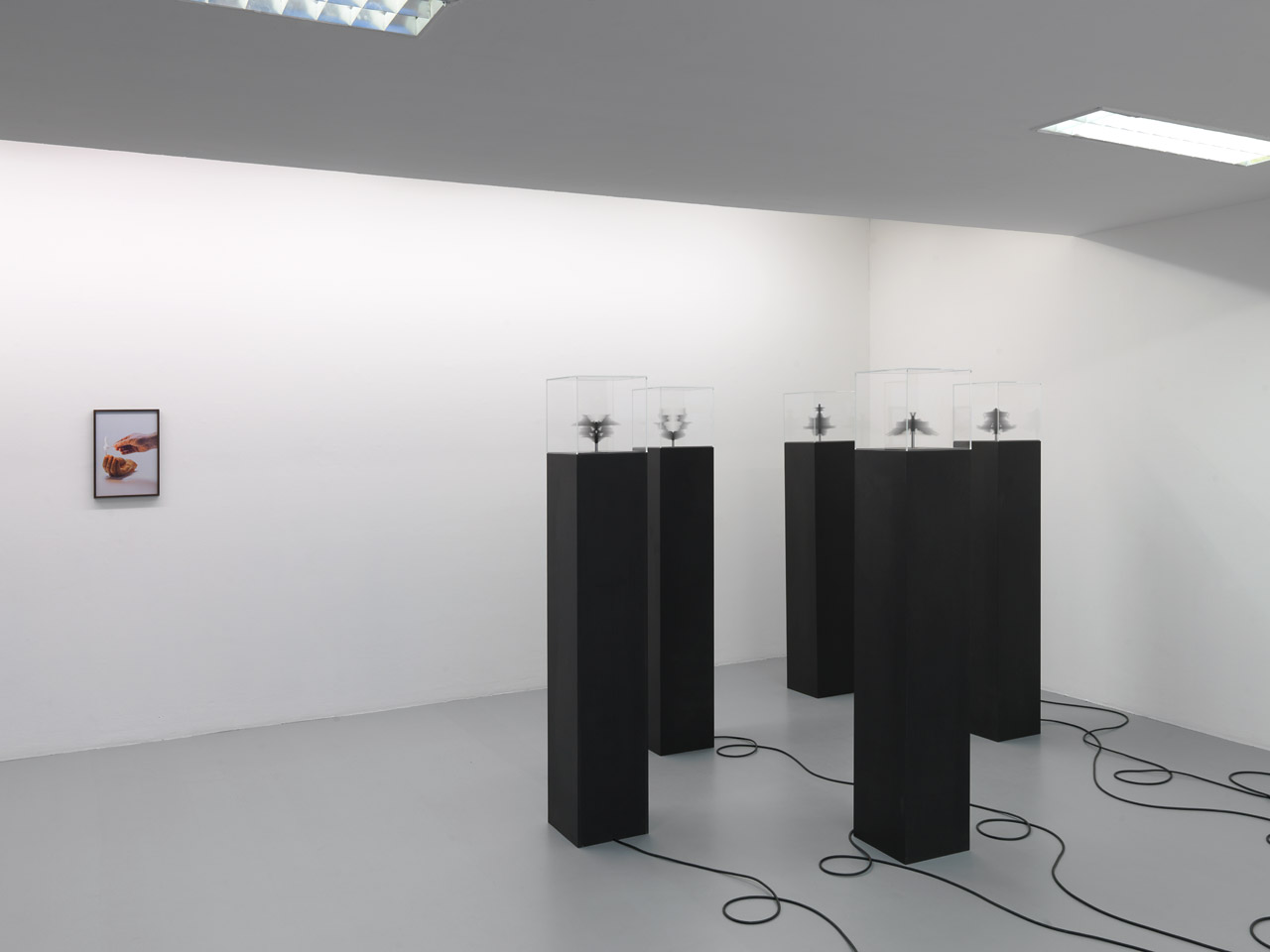 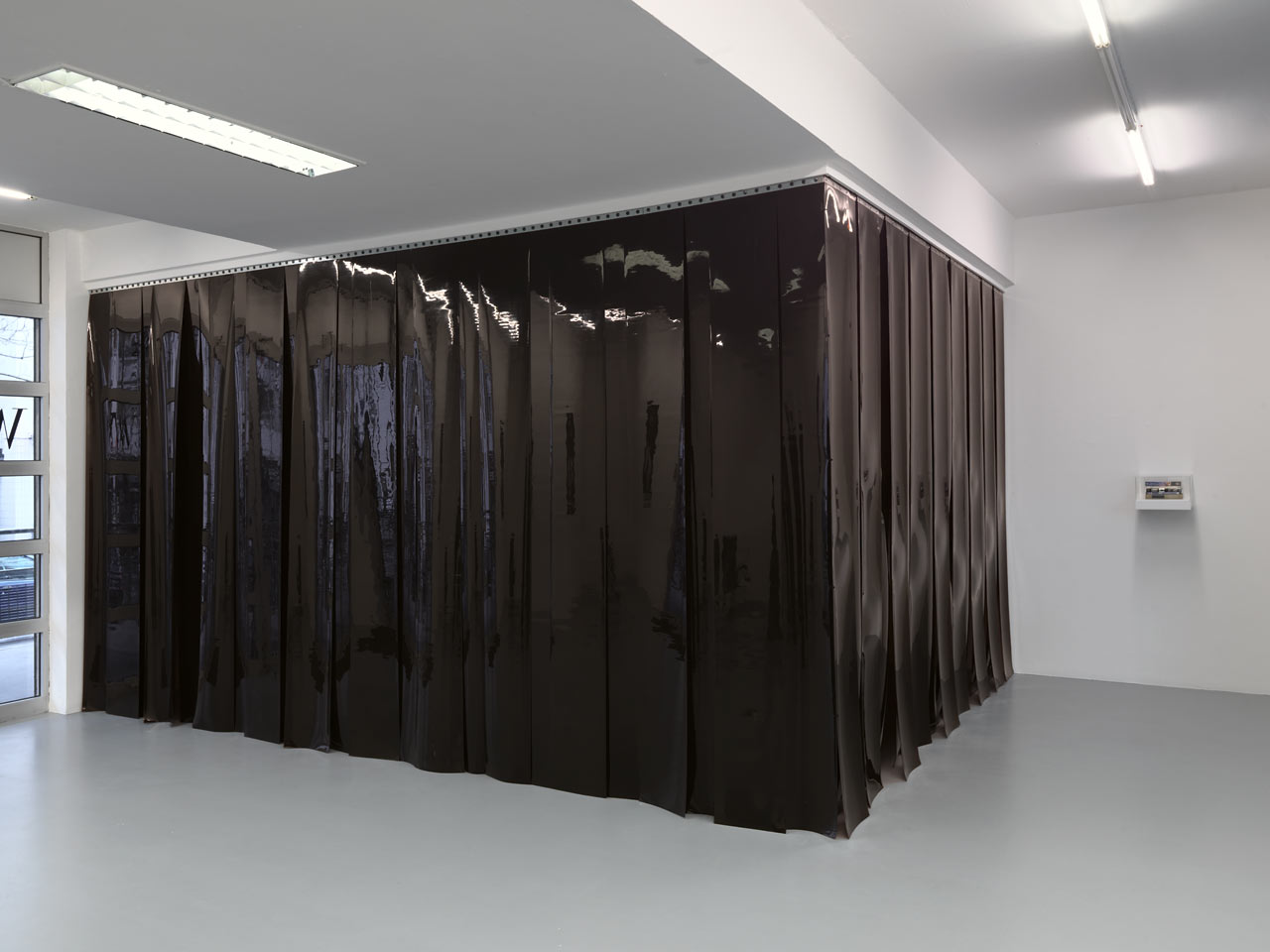 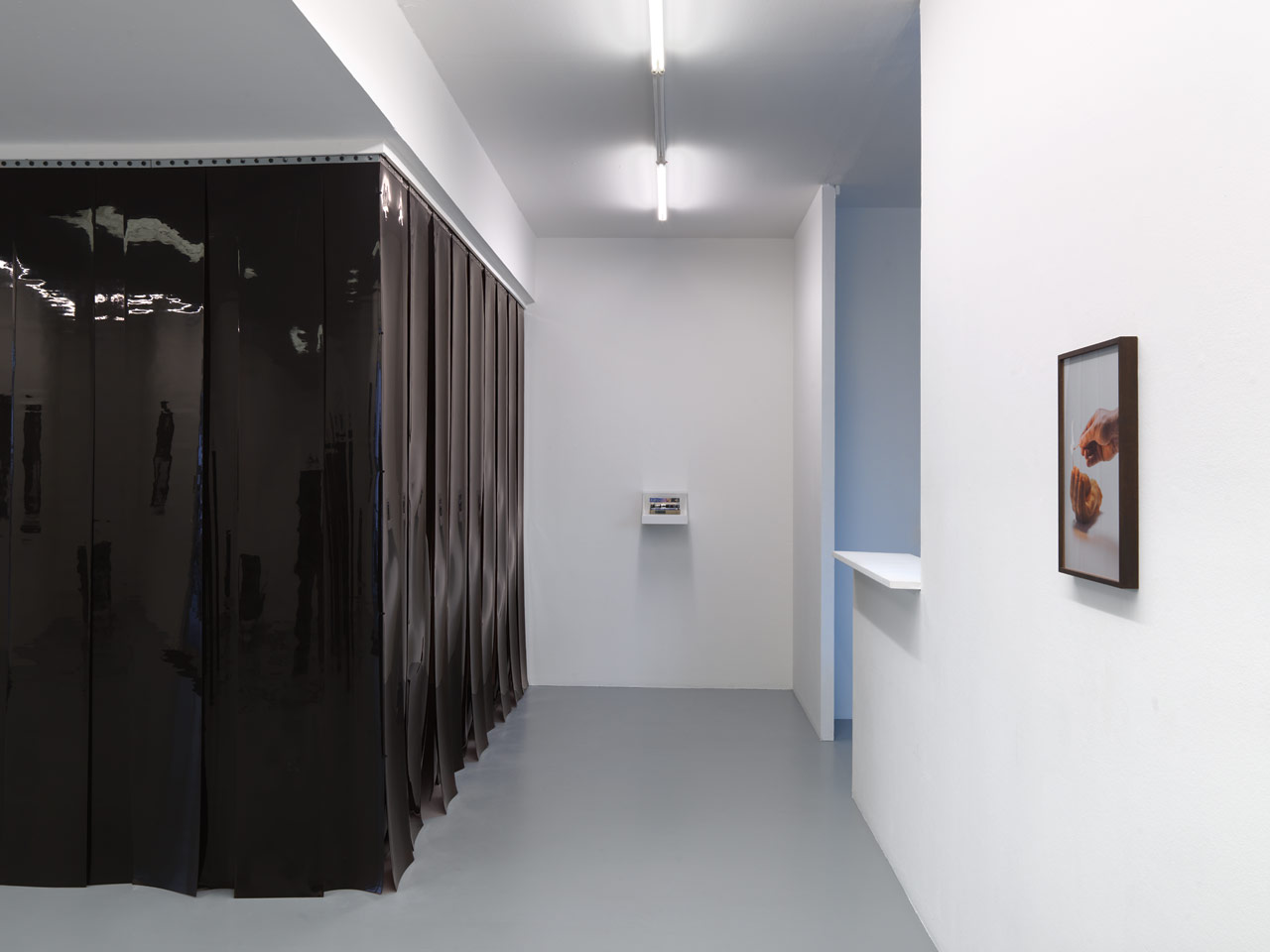 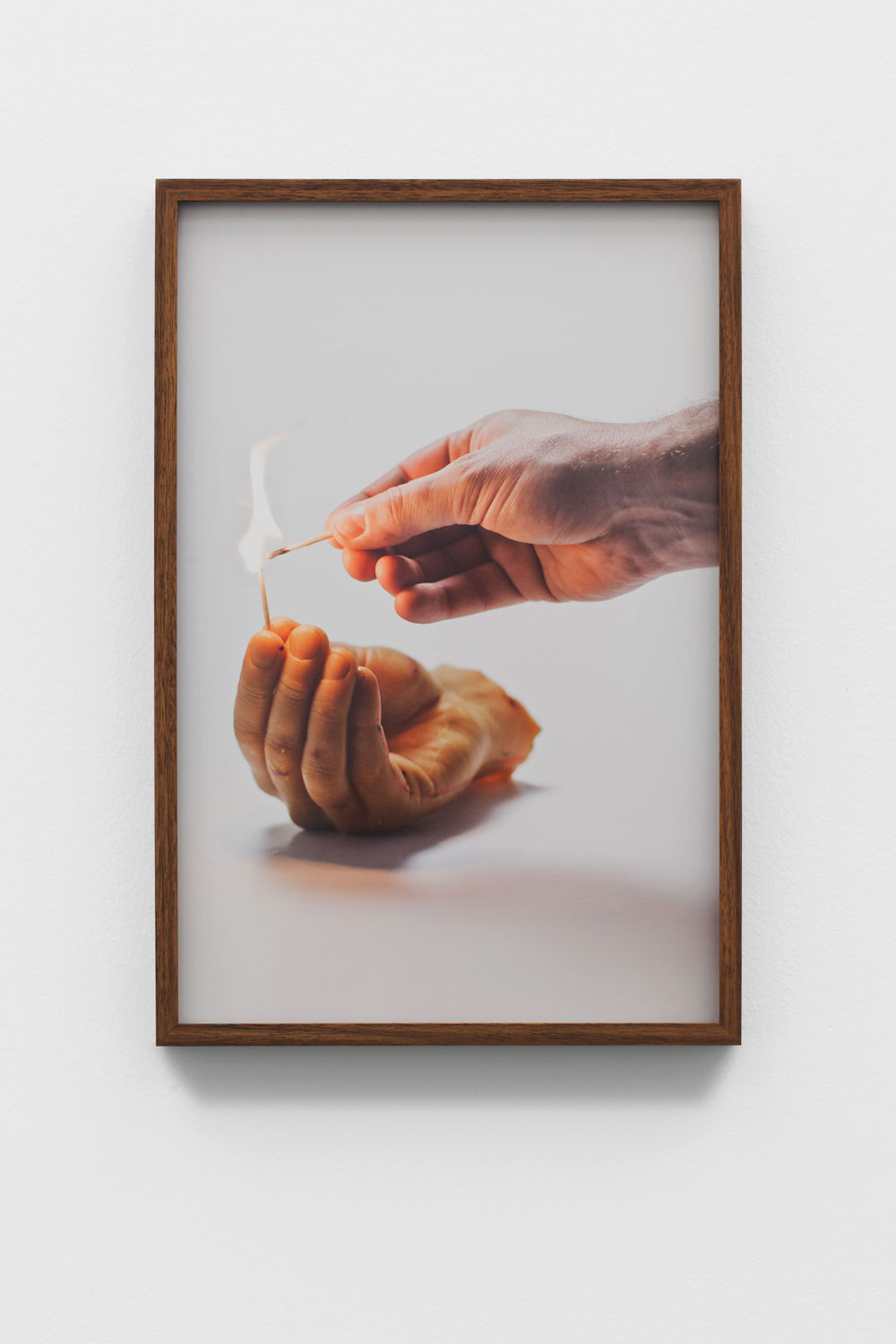 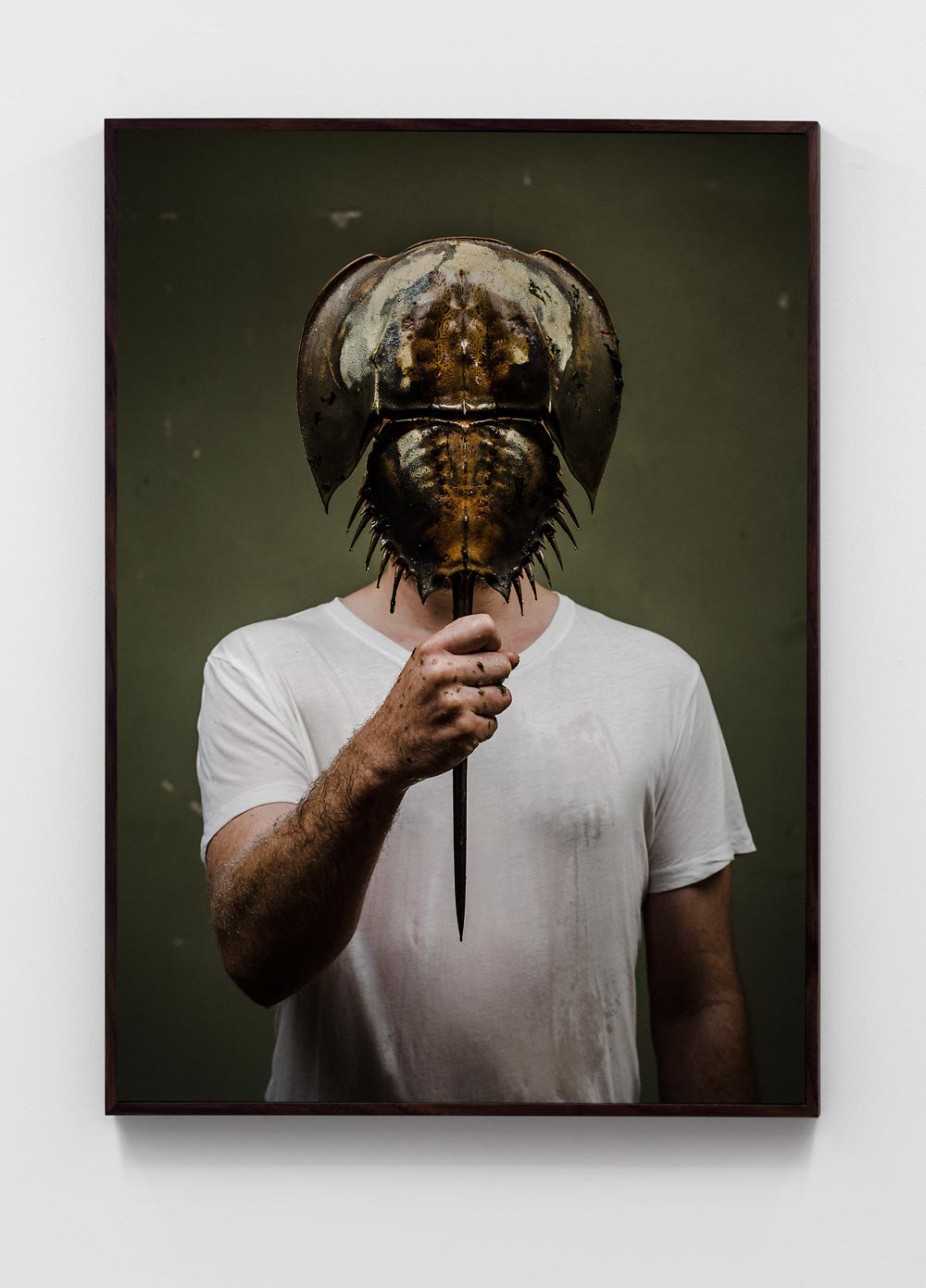 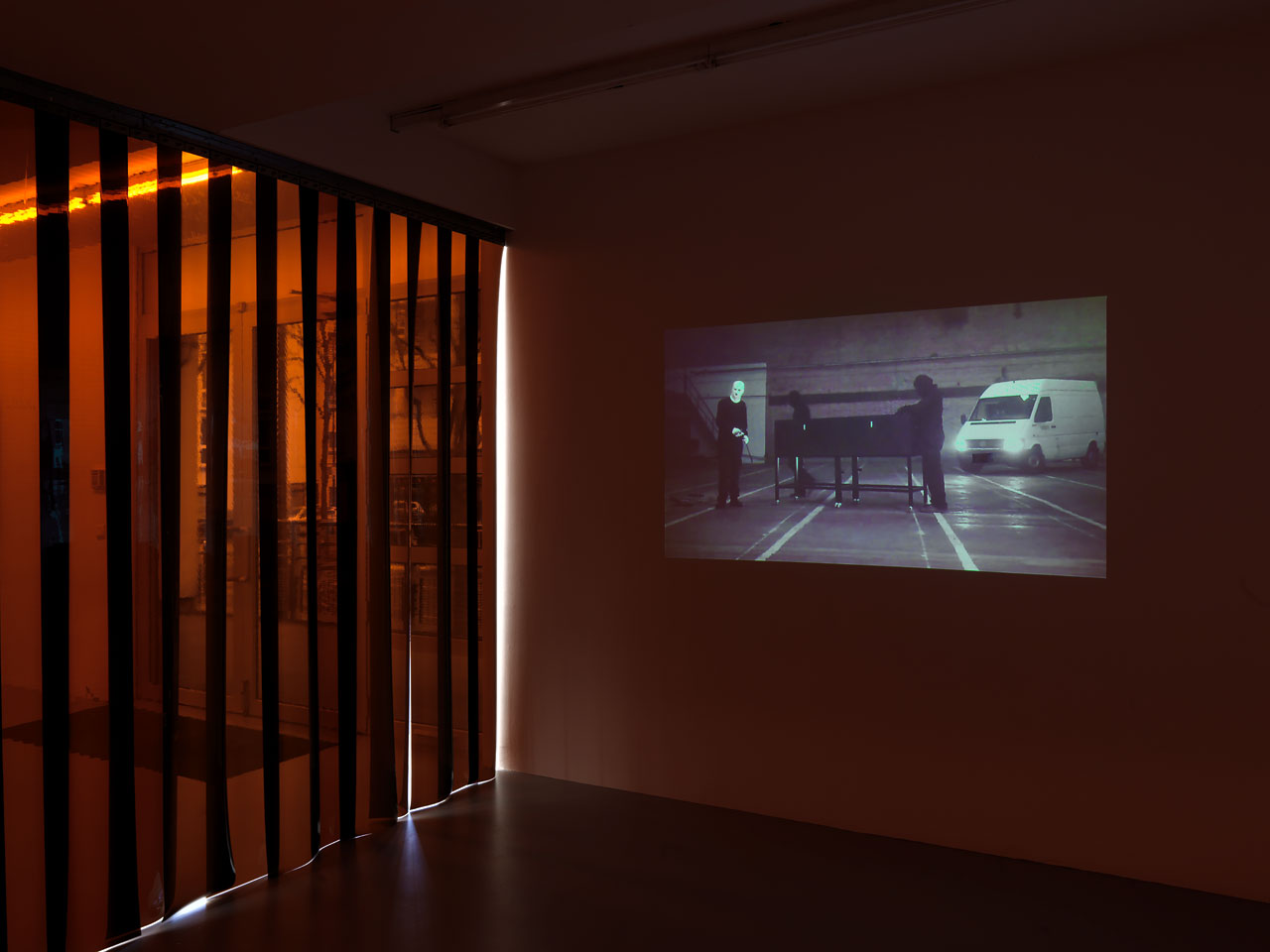 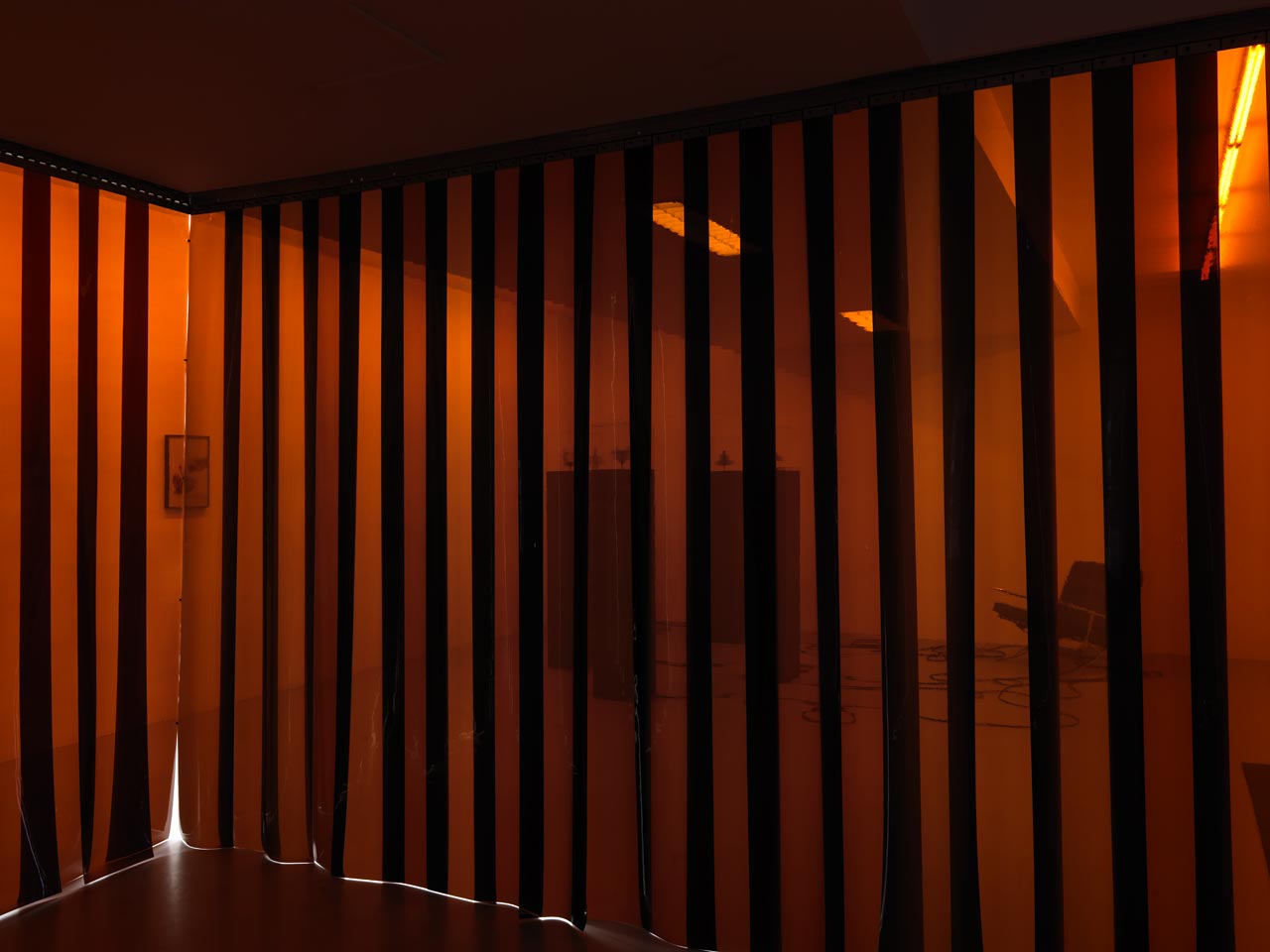 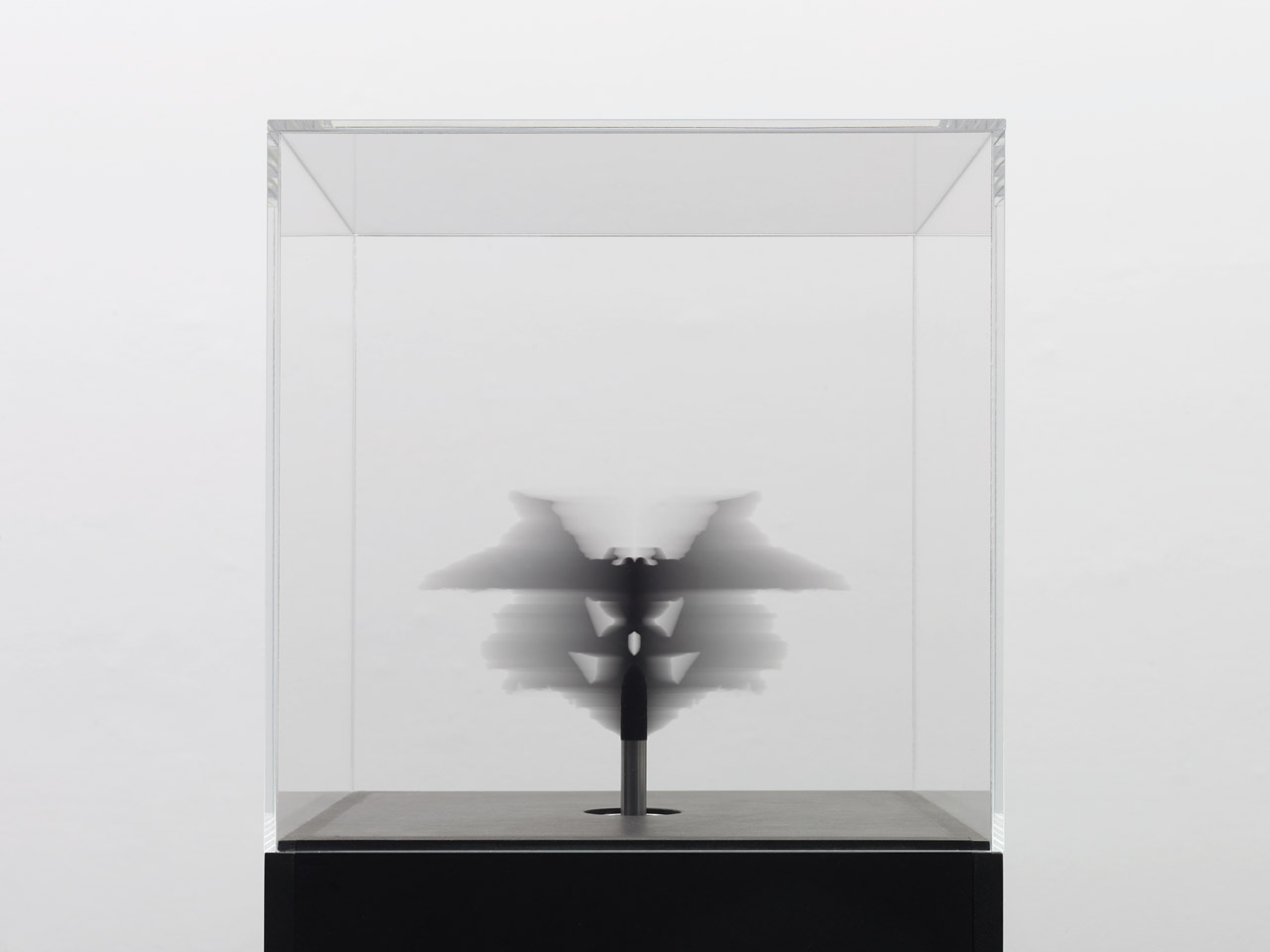 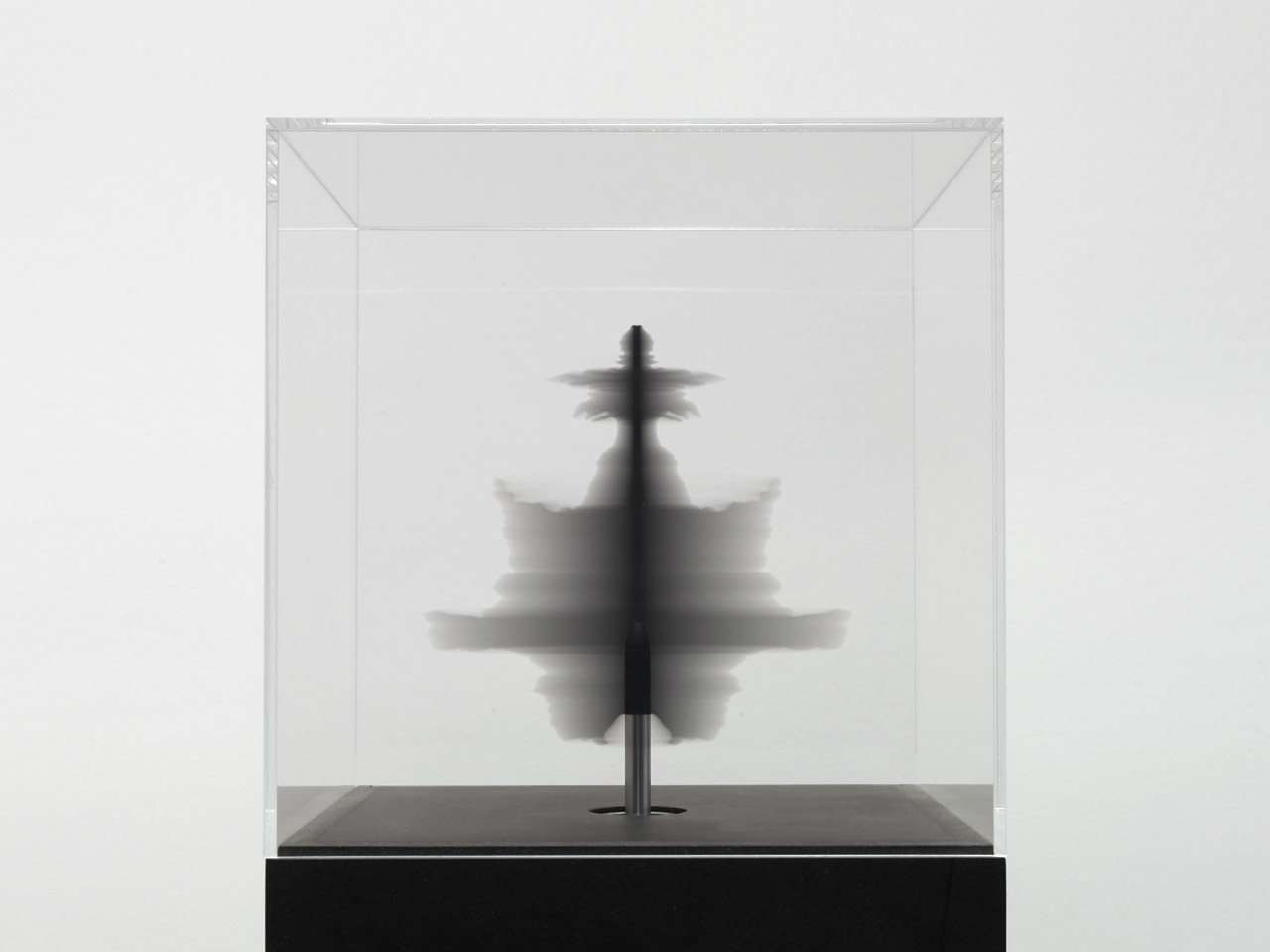 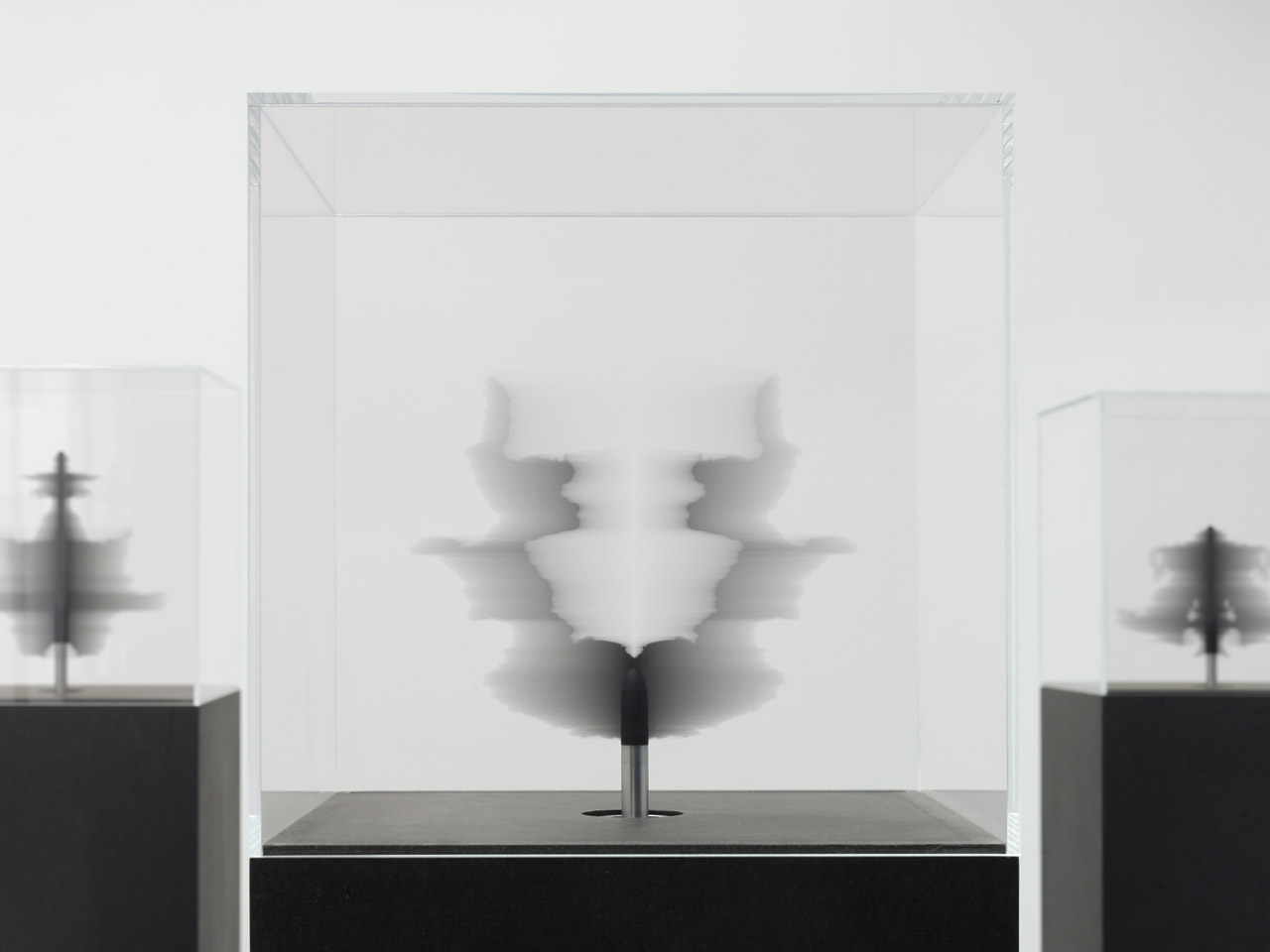 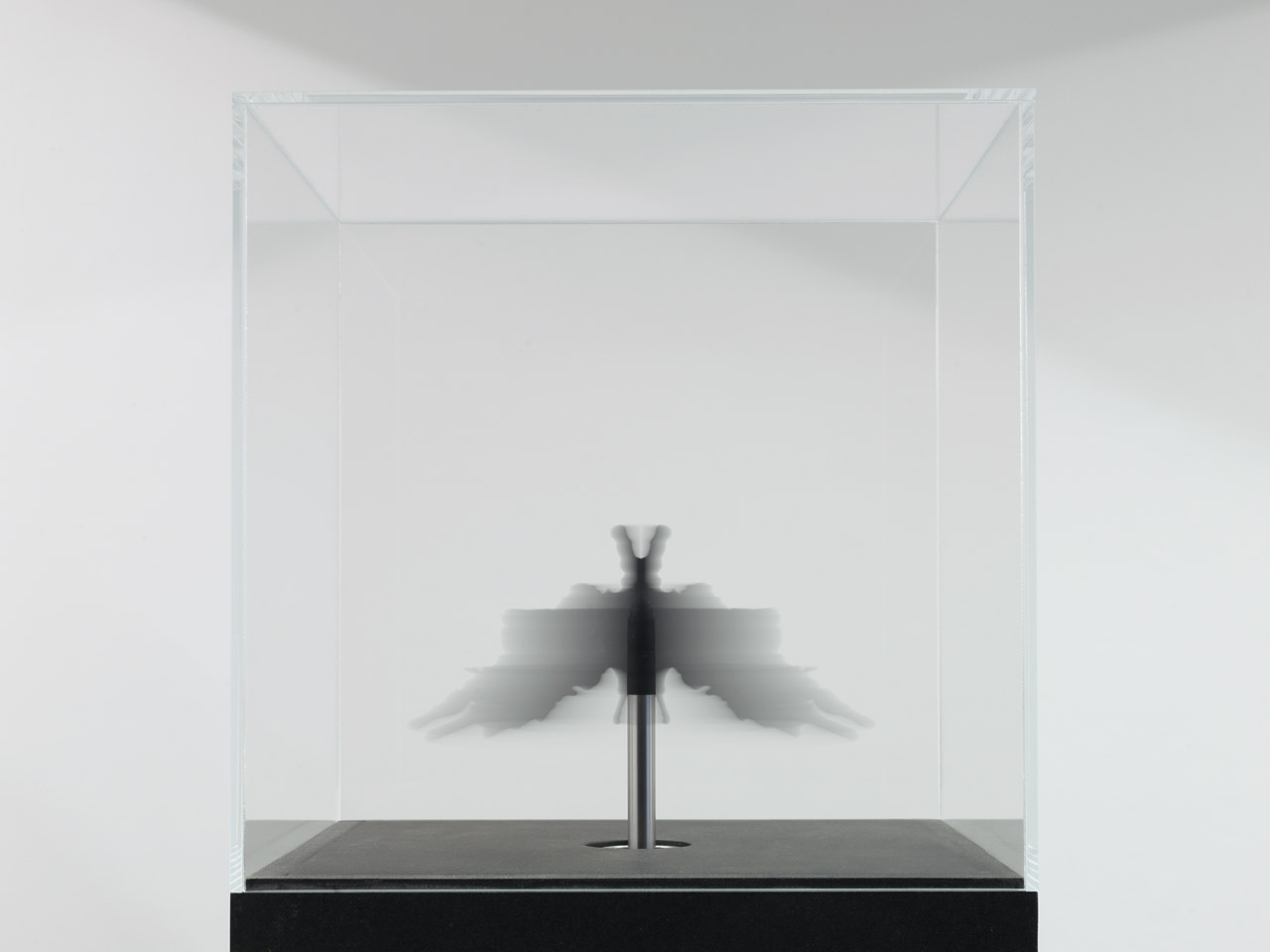 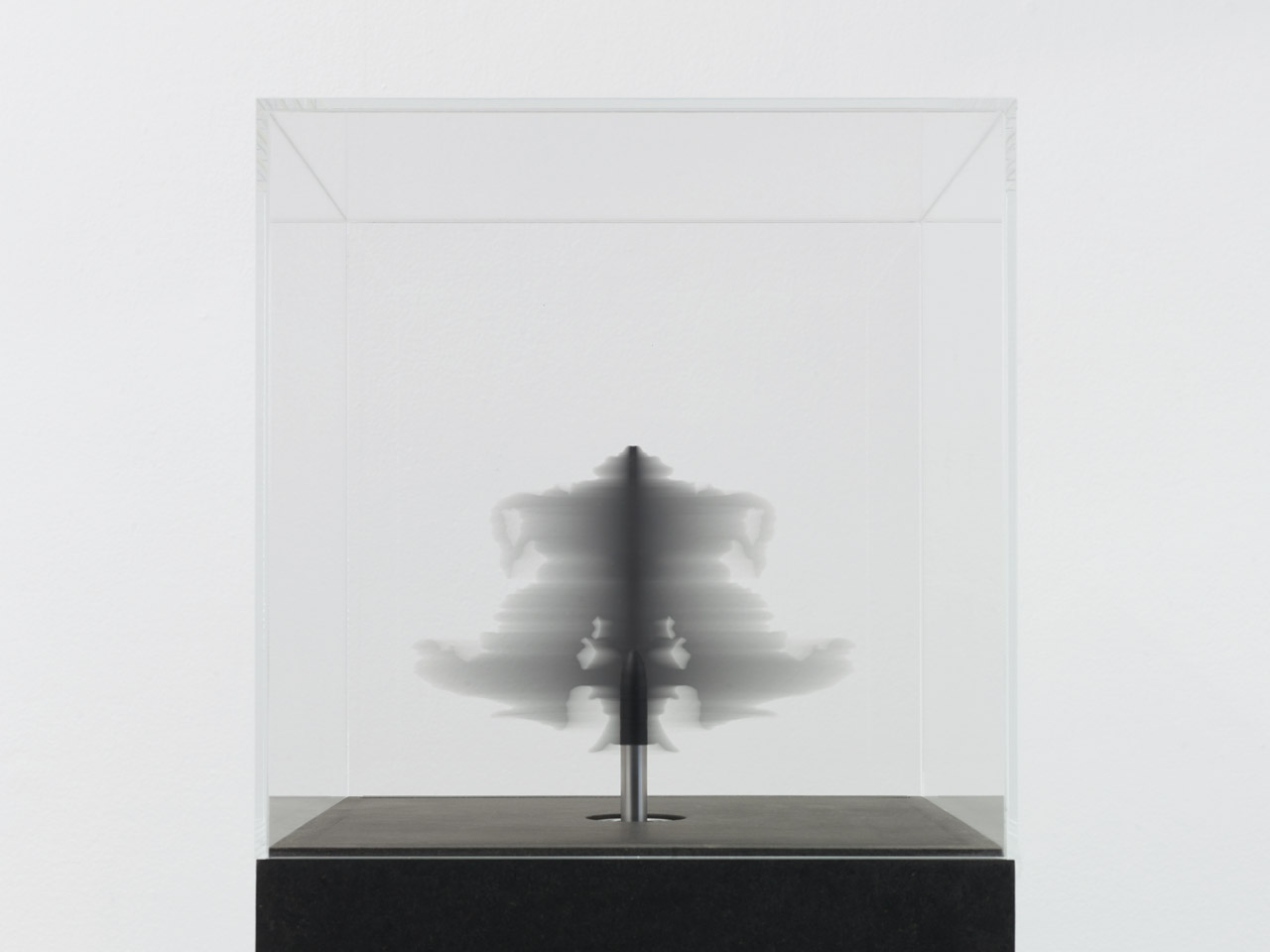