In the world of computing cache is a component that stores data for future requests. One could say that the cache serves as an immediate excavation, archiving the present and communicating alternative futures.

An analogous use of a short-term history can be traced in Christian Andersson’s new exhibition at Galerie Nordenhake. Here the artist presents a series of works that together make up a montage of fction in which components of a remote (or perhaps not so remote) past are used to extrapolate a possible distant (or perhaps not so distant) future.

The frst work the visitor encounters, Disc-shaped object, is an antenna lying on the ground like an abandoned relic. Once receiving radio waves it is now disconnected, rusty and dripping as in the aftermath of a heavy rain. This former receiver now becomes a transmitter, the drops of water making ripples travelling outward through time and space. And it’s precisely this kind of visual echo that shapes the objects we meet in the exhibition. These at-frst-glance ready-mades open up for new confgurations and readings.

Through this exploration Andersson investigates the very characteristics of the Object. The image covering the entire frst wall of the gallery, Wallpaper with mesh and spiral, transforms the fat surface by opening up a second optical space within the wall. The image embedded in the pattern is a spatial paradox, namely a two-dimensional sculpture. This sculpture can only be experienced frst hand, a concealed object escaping photographic documentation.

This revealing of an embedded alternative purpose also reverberates in the three sculptures entitled Now Wait for Last Year. The annual rings of the oak wood objects can be viewed as an map over time and space, while the wormhole-shape suggests potential shortcuts back and forth through spacetime; a piece of wood illustrating an enigma of cosmic magnitude, revealed within the body of a tree, like a didactic instrument designed for a purpose yet to come.

In 1993 American writer David Foster Wallace commented that the job of fction has changed - no longer should it make the strange familiar but instead make the familiar strange again, noting that “most ‘familiarity’ is mediated and delusive.” In Andersson’s exhibition each work resembles something we recognise as familiar, while simultaneously describing alternative trajectories and purposes. 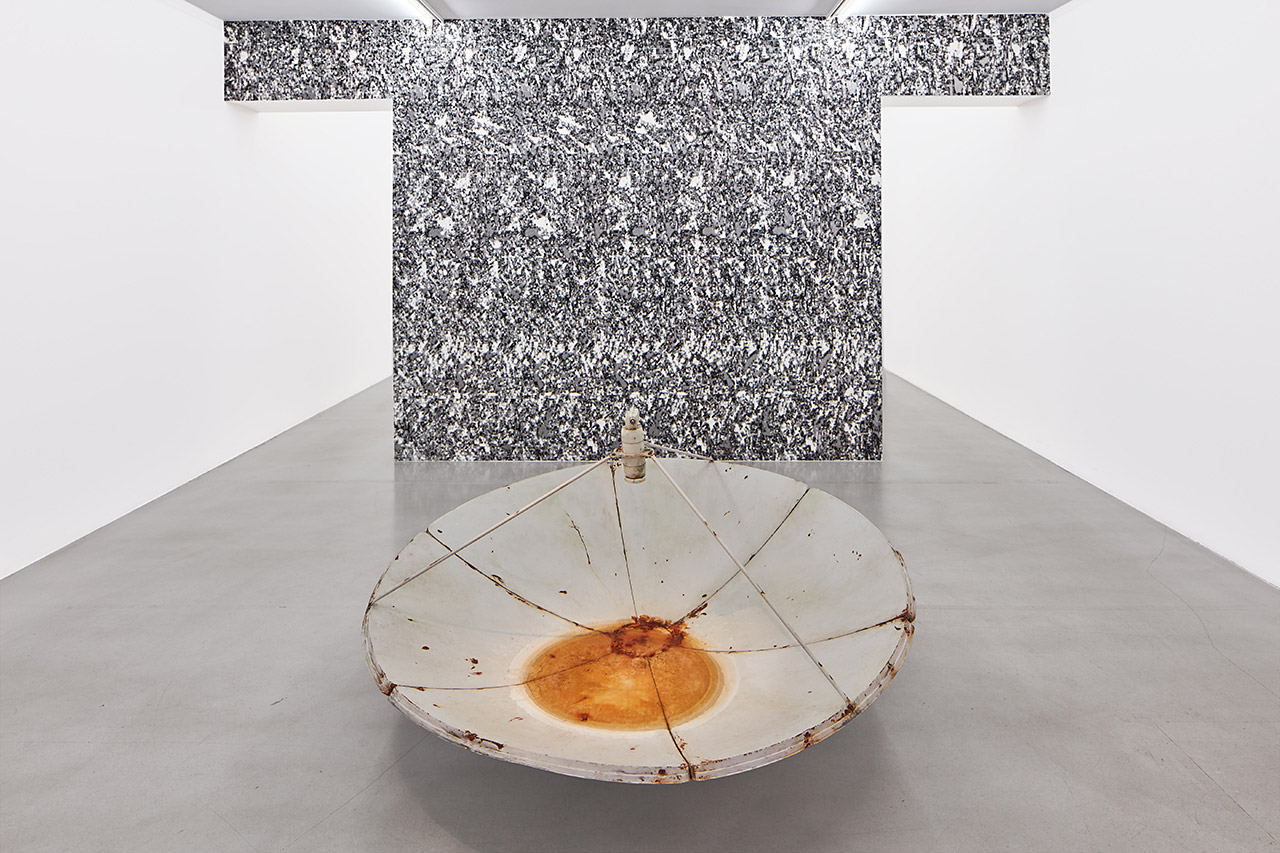 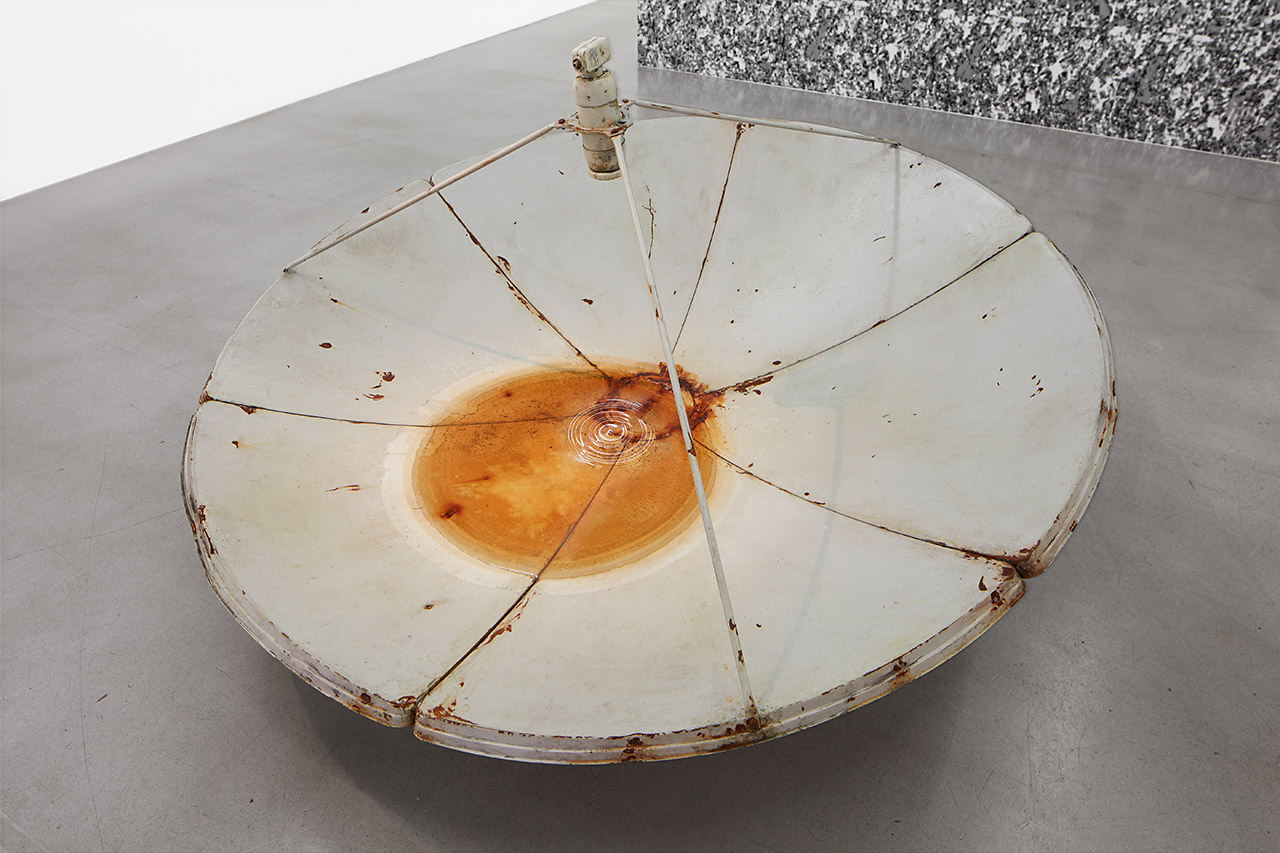 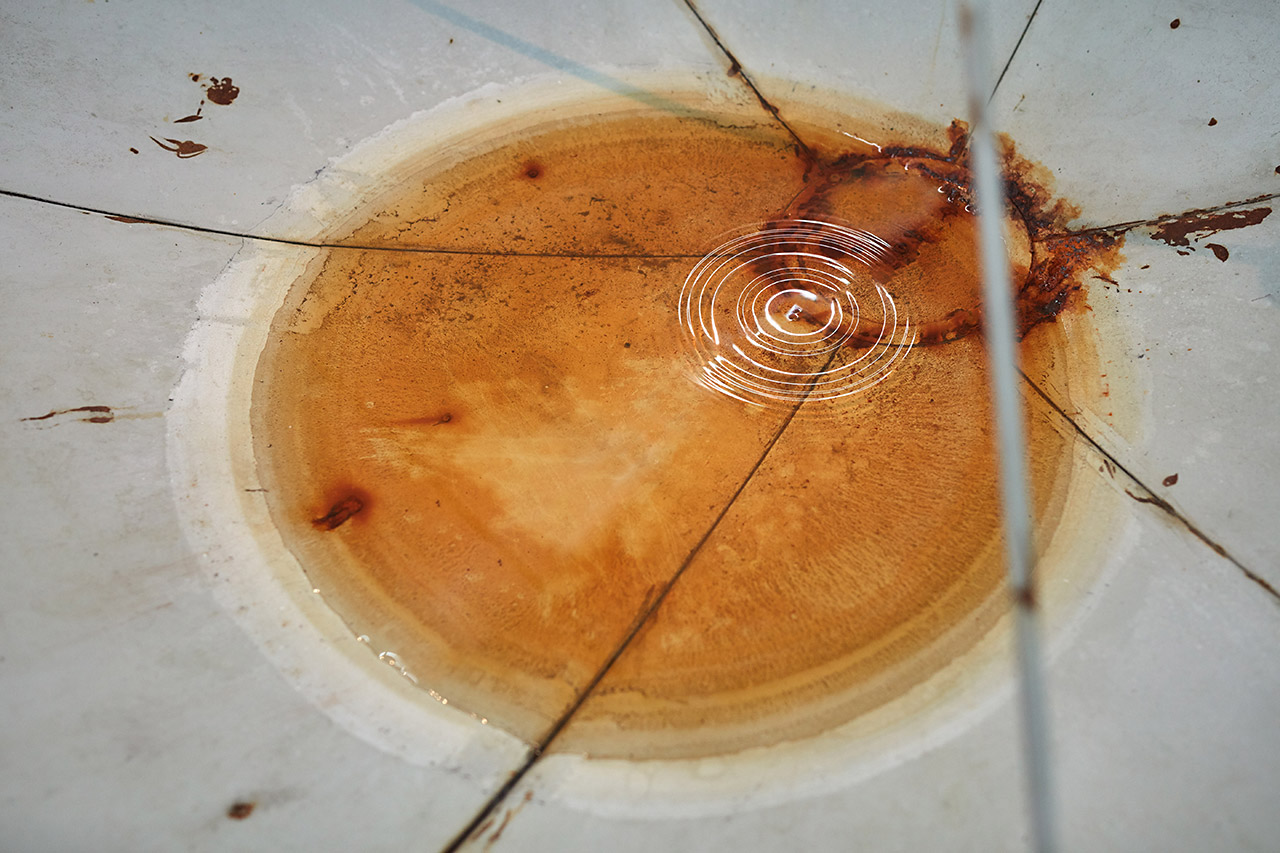 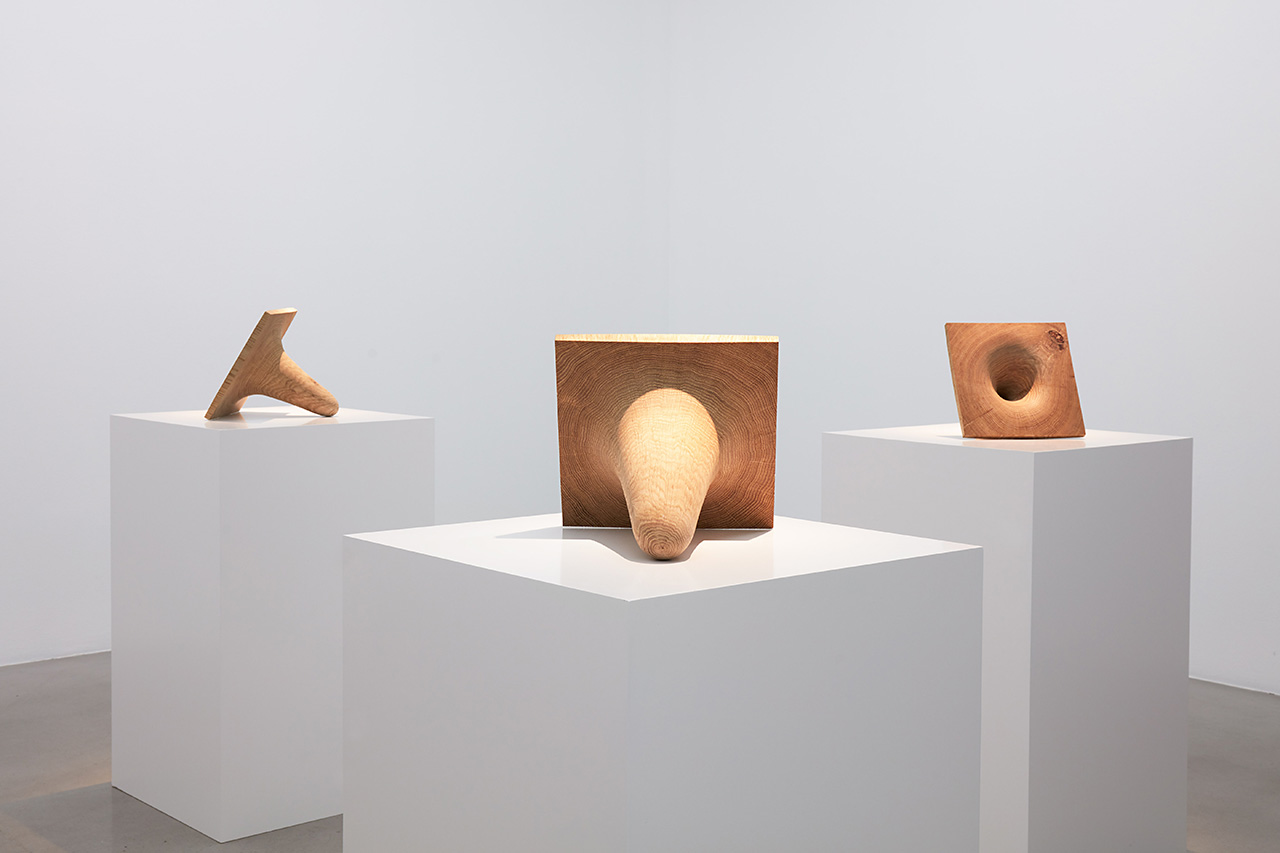 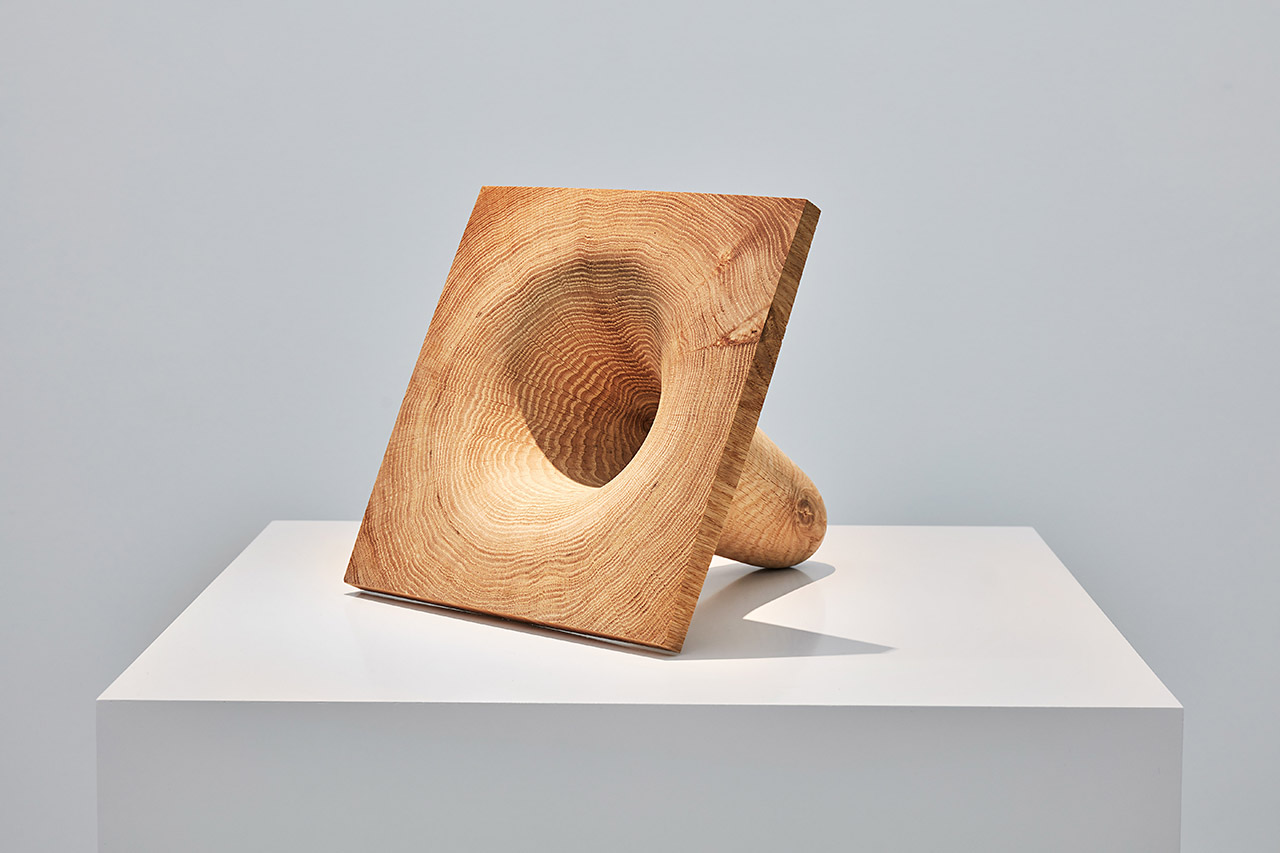 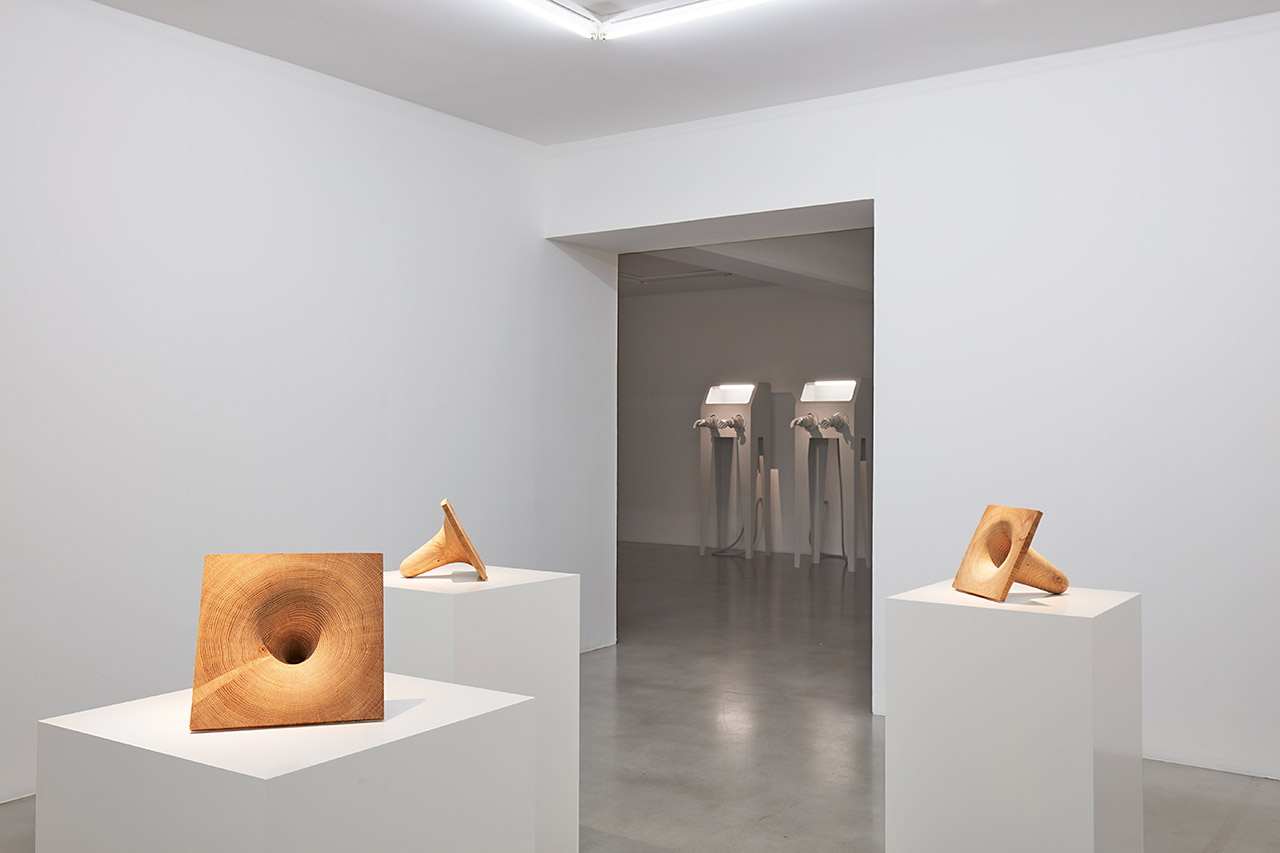 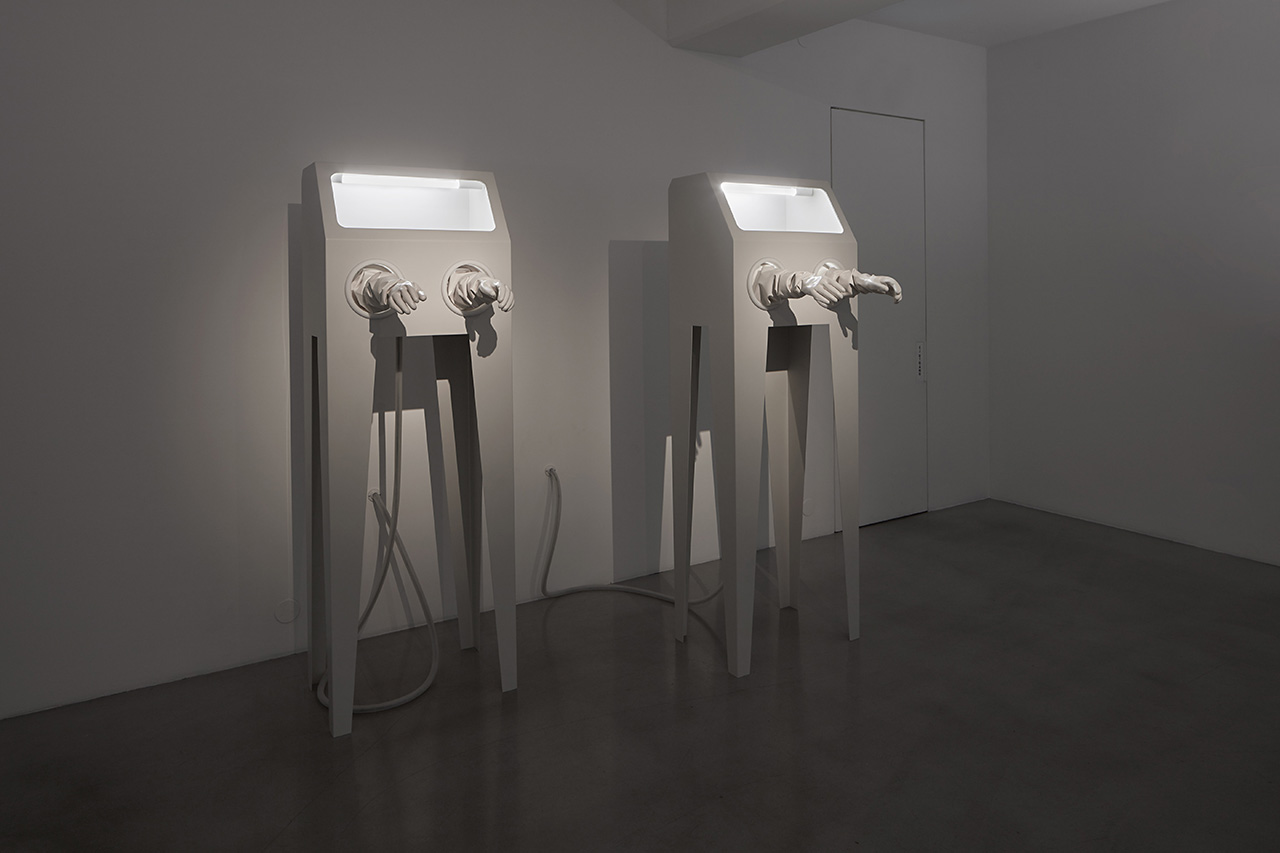 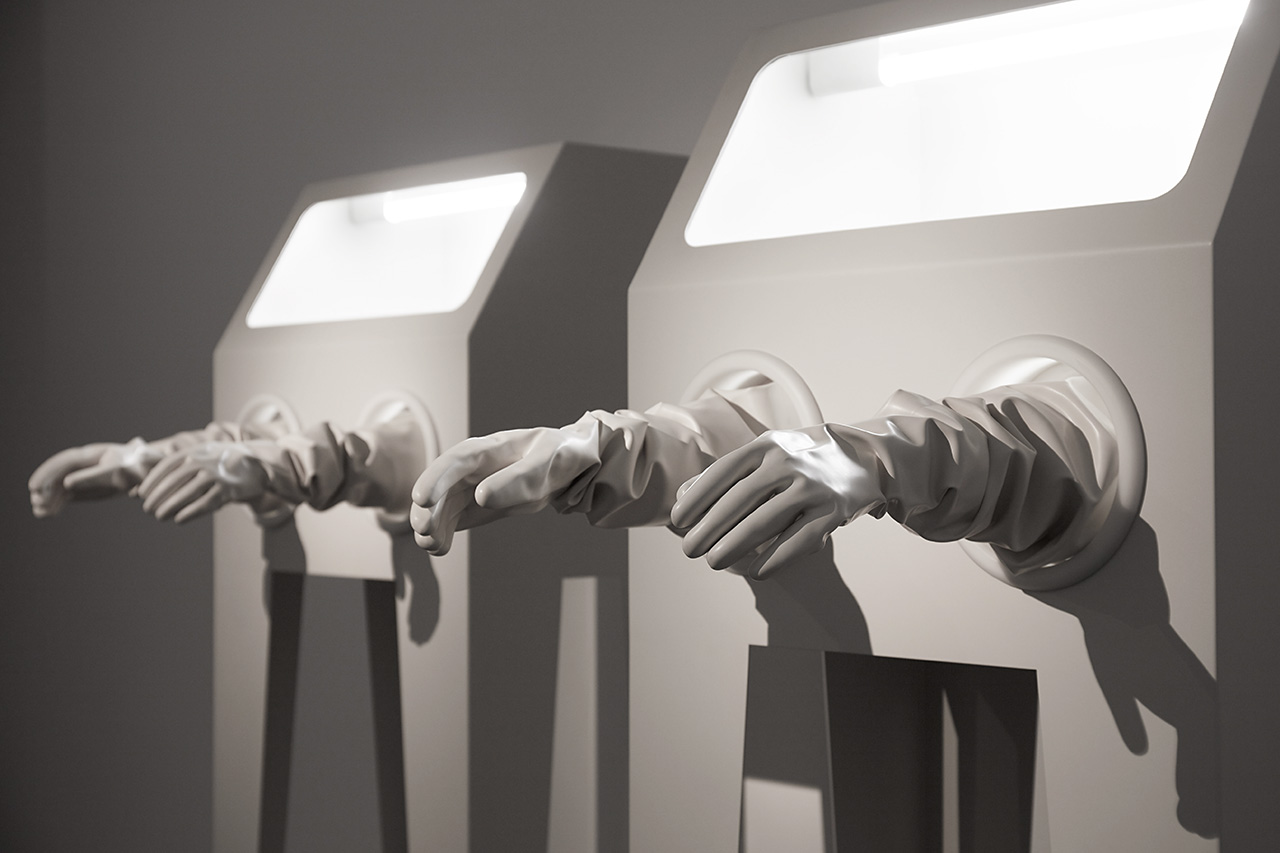 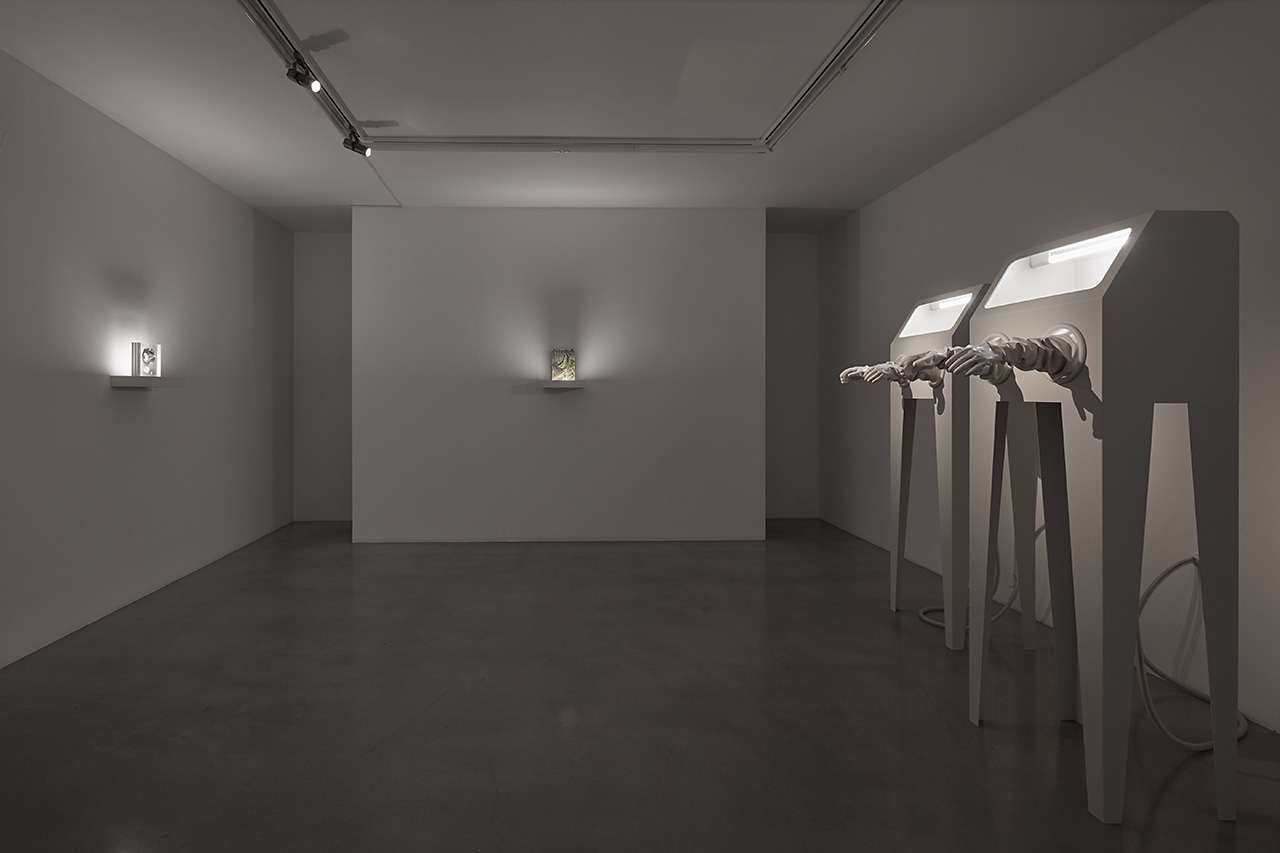 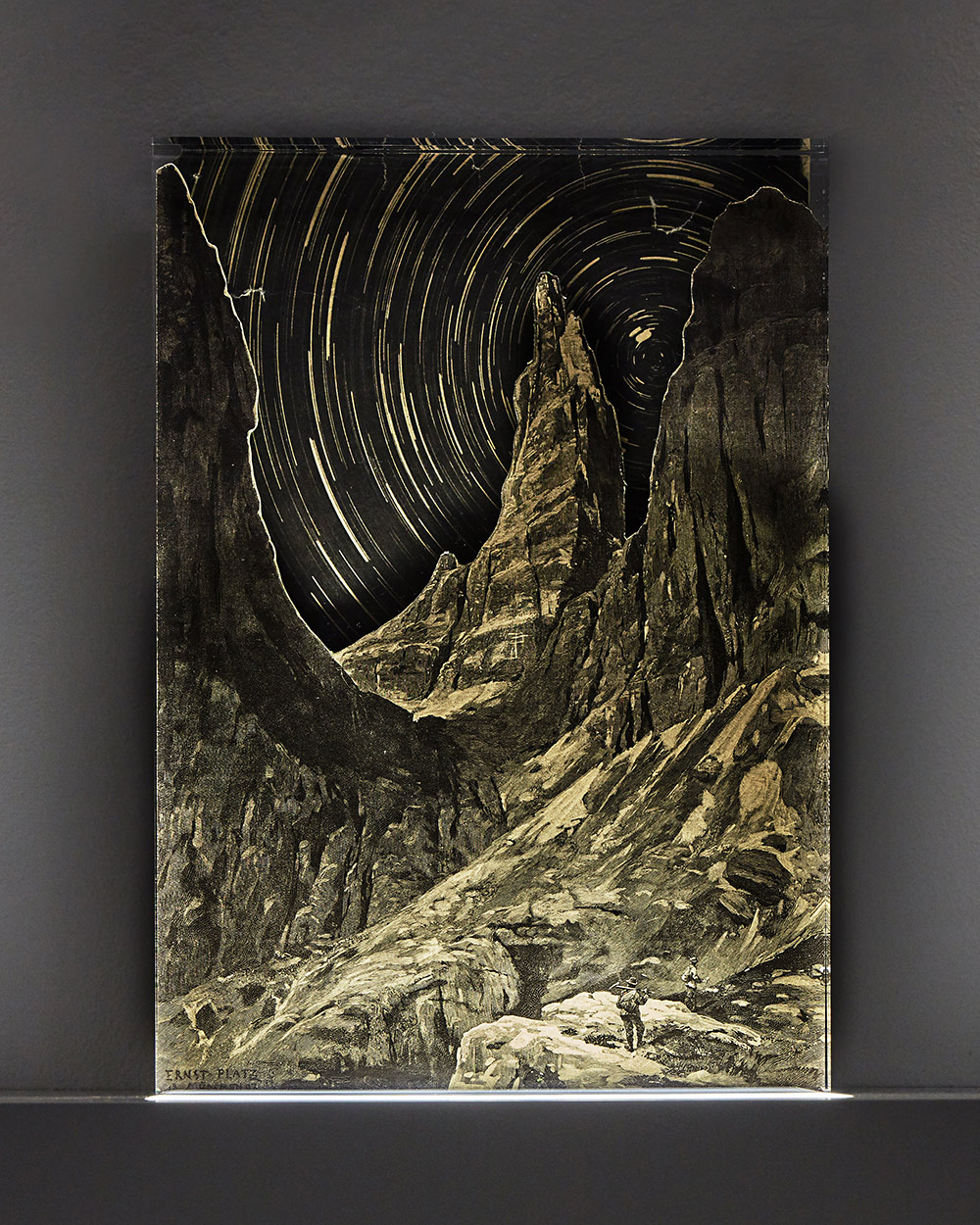 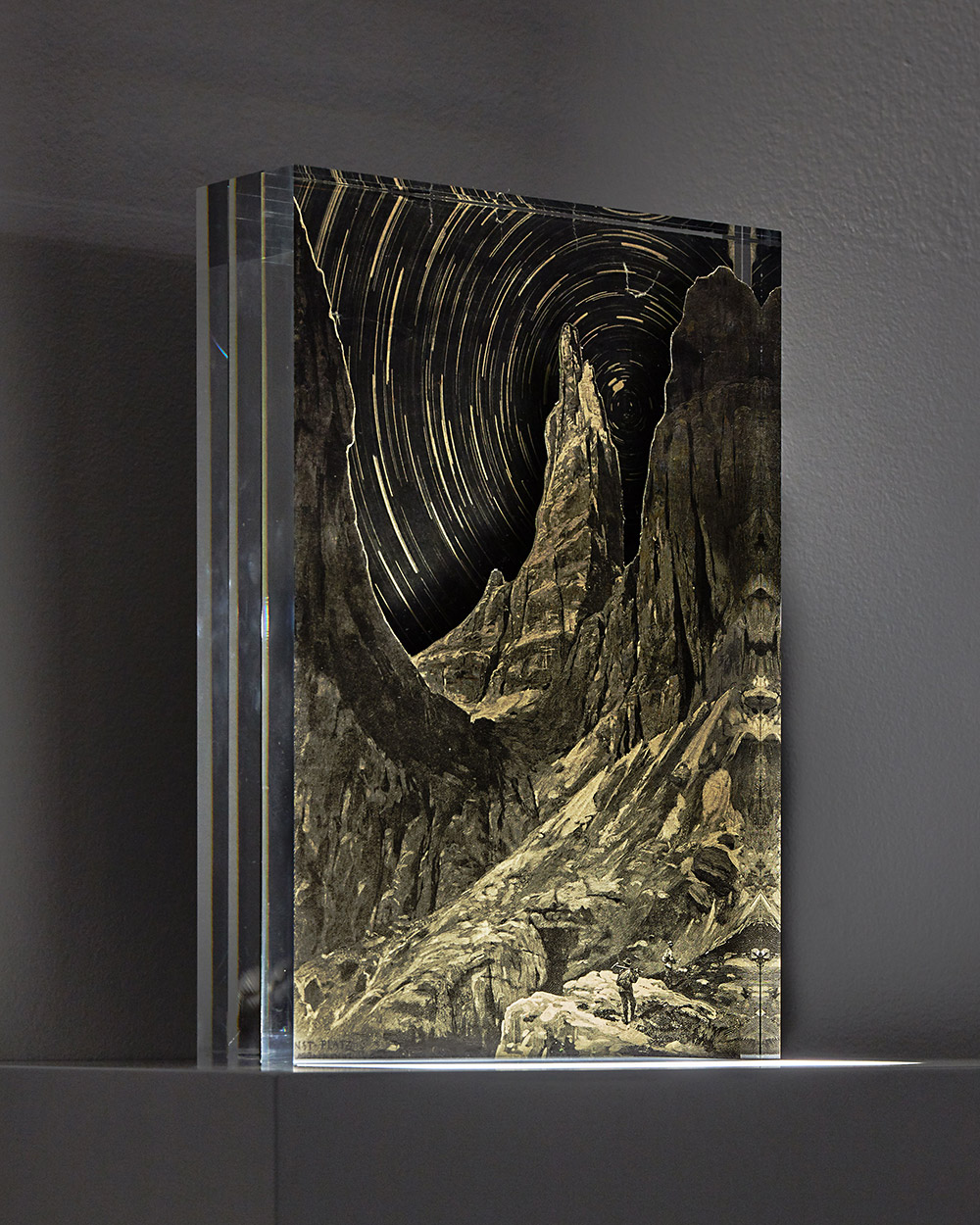 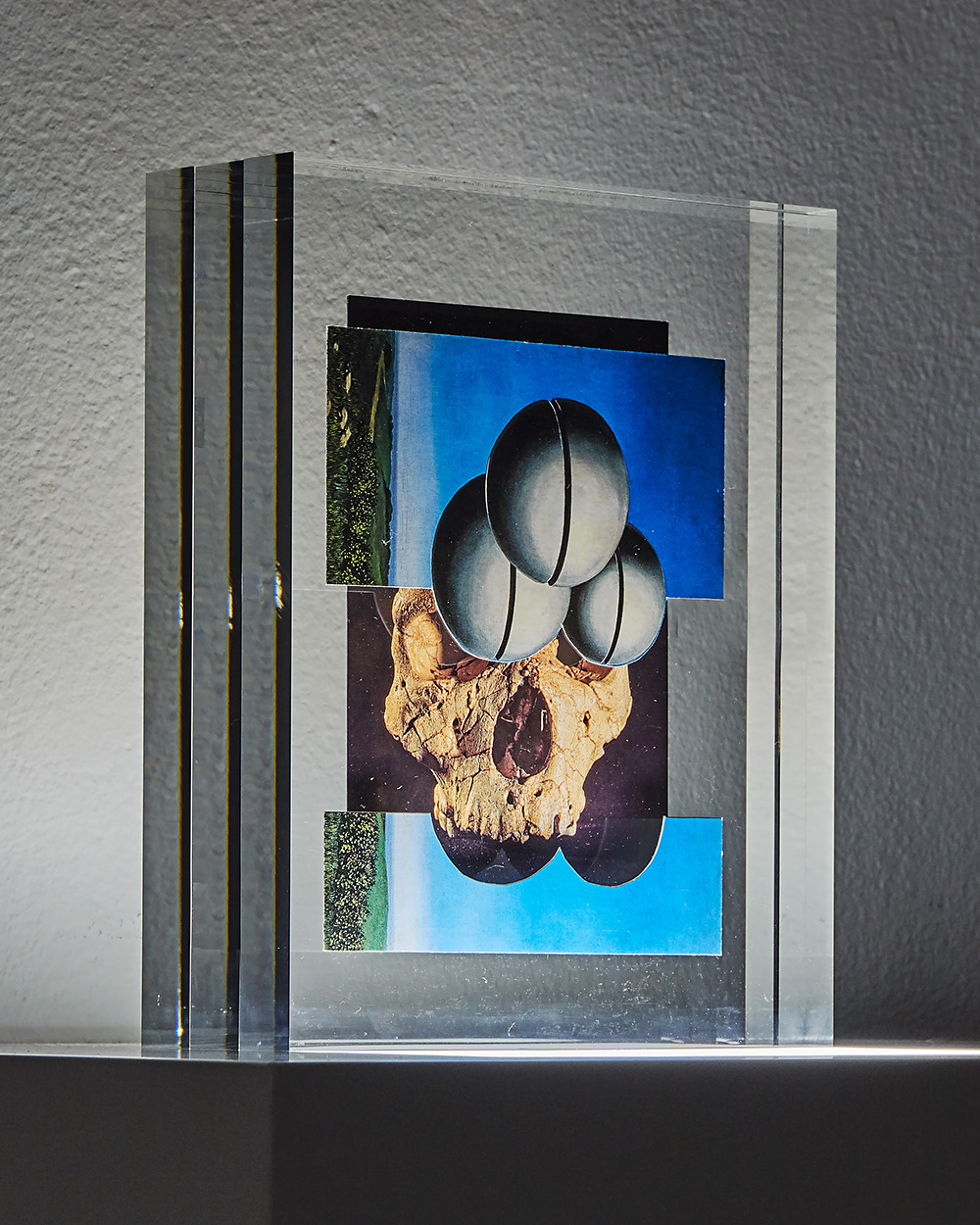 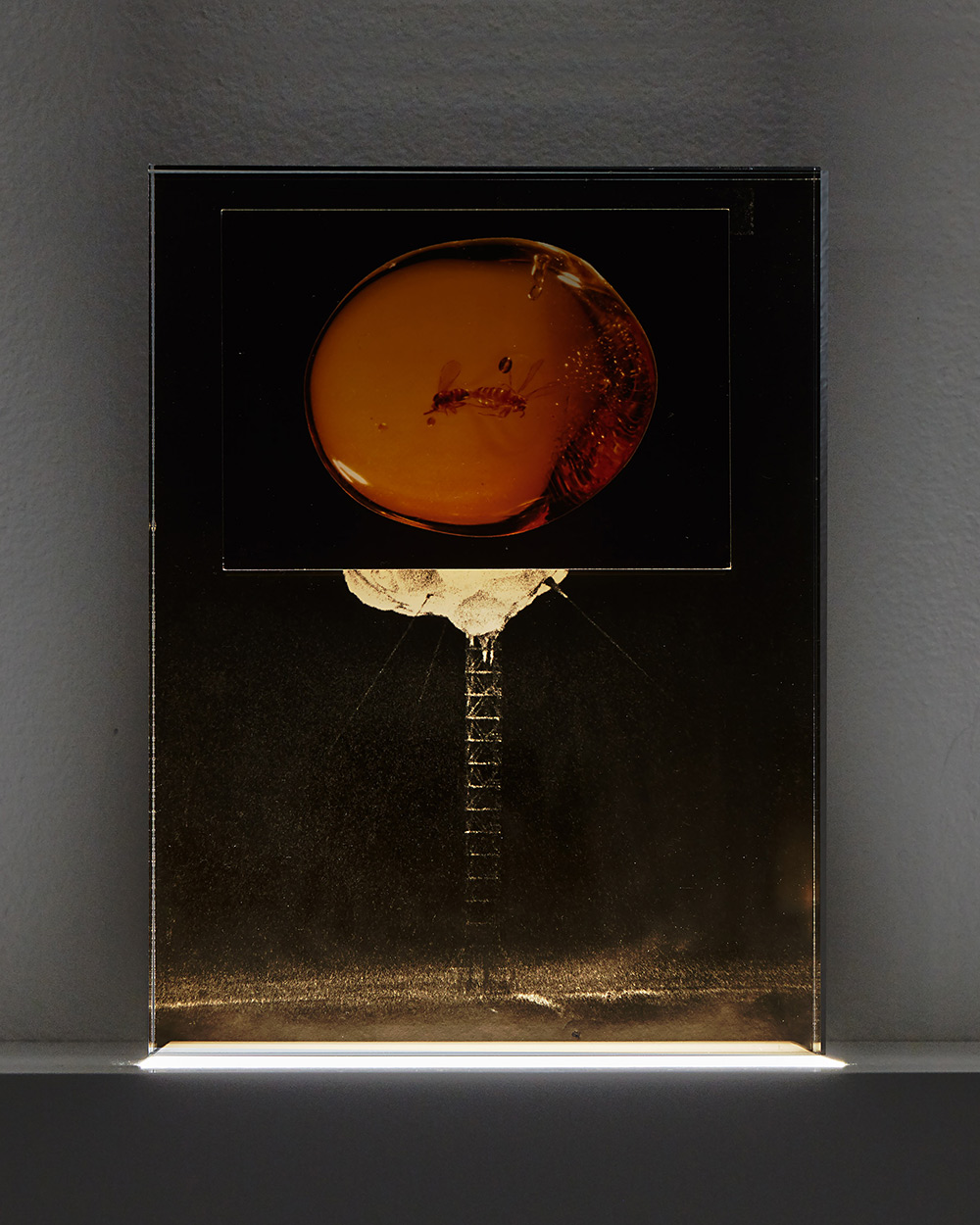 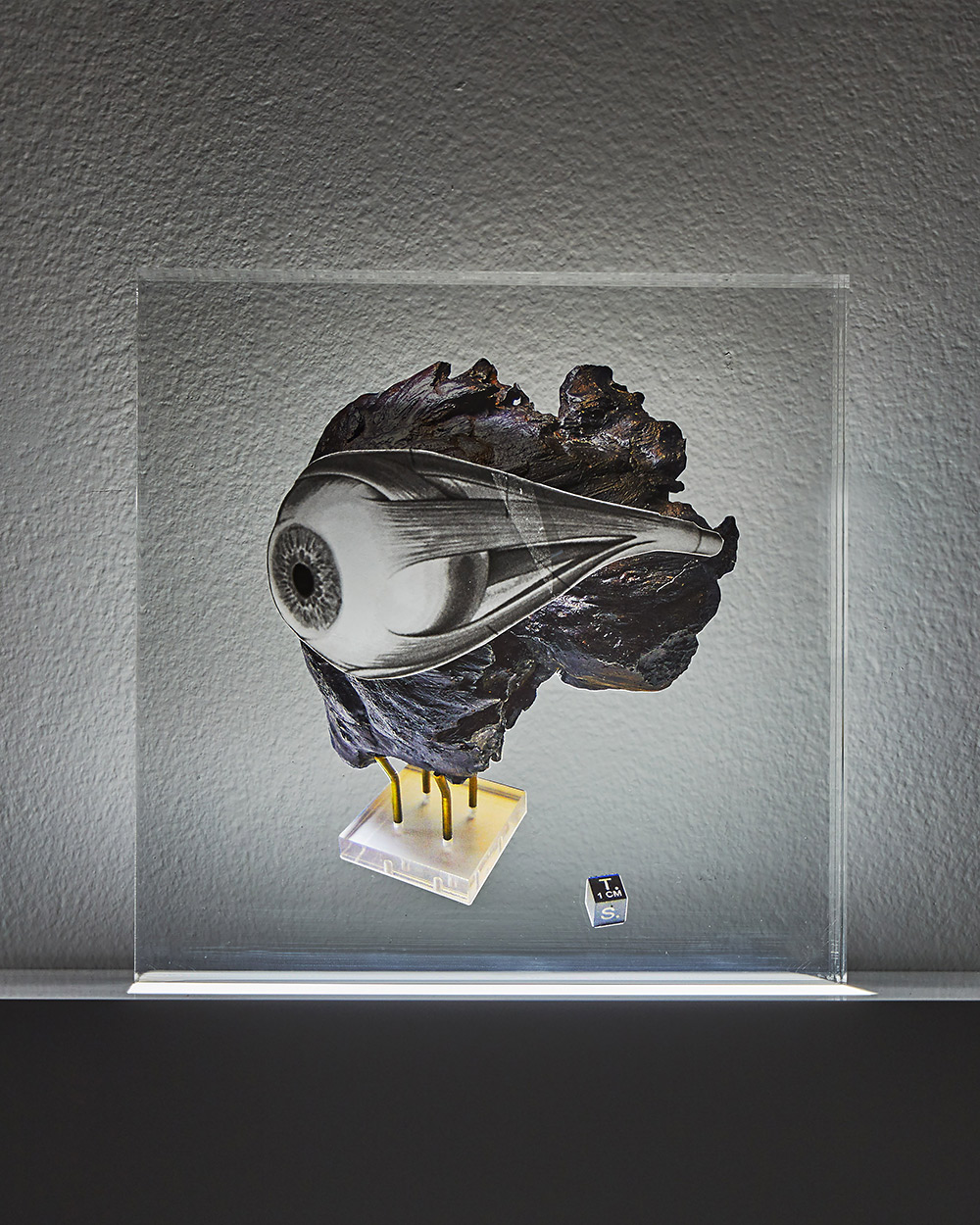