Onward to the Past

“Nature is a temple where the living pillars permit, from time to time, confused words to escape; here mankind will cross by, where symbols take the shape of forests gazing on his progress like familiars.”
Charles Baudelaire, Les Fleurs du Mal1

In the second half of the 19th century, the interaction of art and science sparked an intense and stimulating interdisciplinary discourse and promoted an understanding of trendsetting synergies. Social changes in the 21st century raise questions on the development and sustainability of identities in a global world. They call for a complex approach that goes beyond the limits of art. Artists like to venture into other fields of research and ask their own questions by re-enacting scientific settings or presenting experimental results in a new context. Looking into different fields of knowledge results in novel lines of sight, shifts and issues that have to be taken into consideration for curatorial and artistic purposes.

The interrelation of art and science is not only about a mere processing of scientific results. Science is also used as a vehicle for different ways of thinking and their visualisation in altered pictorial forms. The possibility of generating new insights through artistic means of expression and thus revealing shifts in perception opens up vast opportunities and offers the potential of finding new approaches for complex matters. Artists and scientists both seem to be driven by the mystery of life; they provoke an interdisciplinary dialogue. Science historian Ernst Peter Fischer, for example, stated that science was not just a collection of puzzles – these do exist – but above all a collection of secrets.2

For the artist Christian Andersson the collection of secrets from art history and calling these secrets into question is the driving force for creating his complex, cross-media installations. He is one of those artists who transfer phenomena and findings from different eras into our contemporary society, thus challenging us to find a new interpretation. Andersson's oeuvre is a juxtaposition of historical issues across genres from the fields of architecture, design, literature and popular culture. The artist thus questions prevalent notions of history and universal knowledge. Andersson shows that we can never be sure whether what we see or experience might not also be interpreted in different ways. By means of a specific contextualisation, he offers potential alternative levels of truth. The artist arranges his exhibition in dramaturgic and precise ways, similar to the director of a film. The works, though physically separate from each other, are connected. However, they may well be read independently. The complete oeuvre with its packed composition unites details and replicas of modern design or architectural icons with historical documents and artefacts, e.g. the multipart installation From Lucy with Love (2011).
The 3.5-million-years old skull of a hominin, the first to have been found, confronts us with a milestone of human history. Discovered by American anthropologist Donald Johanson in 1974 in the Hadar region in Ethiopia, it is today considered one of the most important finds of paleoanthropological research. The skeleton is said to have been named after the Beatles song Lucy in the Sky with Diamonds, which was repeatedly played on the tape recorder on the day the skeleton was found.
Andersson has bought a recreated Lucy skull and presents it subtly and realistically in a showcase, adding objects and pictures. Viewers are left unsure whether they are looking at the original or a realistic replica of the skull. Andersson thus formulates new pictorial settings and suggestions for interpretation – his works exemplify that.

For further analysis I would like to call attention to the works Scanner (Plate I, IV, V, VI, VII) (2012) and are we not drawn onward, we few, drawn onward to new era (2009). They illustrate Andersson's approach to historical research material and its processing, and thus trigger new mechanisms of perception. Both works of art establish a connection with the ten inkblot images used by Swiss psychiatrist and psychoanalyst Hermann Rorschach (1884–1922). Rorschach had originally intended to train as an artist – he painted and drew extensively –, but eventually changed his plans and became a psychiatrist. Due to his work Psychodiagnostik. Methodik und Ergebnisse eines wahrnehmungsdiagnostischen Experiments (Deutenlassen von Zufallsformen) [Psychodiagnostics – A Diagnostic Test Based on Perception (The Application of the Form Interpretation Test)], published in 1921, he is considered the originator of psychodiagnostics. His work is based on insights gained from experiments on perception and connects art and science. The "inkblot test" he started developing in 1911 is a means to establish a differential diagnosis during the anamneses of patients with psychopathological conditions. Although it had been applied before, the method is now known as the "Rorschach test". It is based on a technique of form interpretation developed by Rorschach with subjects from the hospital at Herisau, both patients and employees. The psychiatrist experimented with various symmetrical inkblot images he called "Klecksografien" ["blotographies"] and focussed on the subjective interpretation of these images. The subjects' answers were recorded in writing and, above all, evaluated according to formal criteria. Interpretation of form, colour and movement outweighed the factual contents of the answers. The analysis allowed him to draw conclusions on the subjects' perceptive abilities, intelligence and emotional characteristics. Over time, a set of ten inkblots turned out to be particularly suited for his questions. He had the series printed and mounted on cardboard, thus standardising the procedure. The scientific validity of Rorschach's insights is a controversial issue which resulted in both open disagreement and devoted loyalty among experts.
Many fellow artists and curators share Andersson's fascination with the Rorschach test. Generally speaking, chance images and the perceptual phenomenon they are based upon have started to play a more and more important role in art over the centuries. Modern and contemporary artists such as Andy Warhol, Morris Louis, Dieter Roth3, but also Candice Breitz or Kara Walker, more or less explicitly refer to Rorschach's "blots". The captivating inkblots also constituted a major field of study for the surrealist Marcel Duchamp. For the cover of the fourth issue of the magazine Minotaure4, he created a bull's head out of an inkblot.
In his five-part sculpture Scanner (Plate I, IV, V, VI, VII) (2012) Andersson also revisits the Rorschach patterns: finely-milled, small titanium plates are fastened onto a rotating structure like butterflies and powered by an electric motor. Thus viewers perceive moving figures that oscillate like insects but cannot fly away.
Andersson's work further defamiliarises the Rorschach test. As a result of the fast rotation, the shapes are no longer regarded as medical tests, which opens up a wide range of potential perceptions: the quickly rotating objects situated at the interface of organic and inorganic matter put the viewer's perception to the test.

The installation are we not drawn onward, we few, drawn onward to new era (2009) confronts us with similar optical phenomena. The work features a detail view of the onyx wall in Mies van der Rohe's Barcelona Pavilion. Van der Rohe built this architectural icon for the 1929 International Exhibition. After the exhibition had ended, the pavilion was demolished in 1930 and rebuilt from 1983 to 1986, after several tries, in its original location. Different kinds of stone in various colours were used for its walls and floors: travertine, a slightly porous rock, and onyx, recognisable by its bands. When looking at the marbled photo wall, viewers will discover traces of drawings on the wall's surface, whose shapes resemble Rorschach's inkblot drawings. Andersson uses stroboscopic lights to illuminate certain areas from behind. The drawings inside the real pavilion, invisible on its façade, become discernible by means of light fields and the chosen area, mutating into petrified "Rorschach patterns". What is fascinating about Andersson's comparison are the minor – actually invisible – analogies with depth psychology. However, the artist has no intention to state or even prove things by providing scientific explanations; rather, he is interested in how novel ways of looking at entrenched knowledge can be generated by chance or by adopting a different view. This also reveals an affinity to Roger Caillois's studies and writings on stones. The French surrealist, philosopher and collector of stones realised the potential for art inherent in stones and saw a resemblance between the natural patterns of the banding in stones such as marble and landscape paintings. Chinese painters are also particularly fond of using the surface of stones as a basis for landscapes. During the Renaissance, artists discovered the quality of the idiosyncratic structures and shadings of nature that capture the imagination of the viewer, so that sometimes nature itself was considered an artist.5

Andersson's work on perceptual phenomena focusses on the treasure trove of science that deals with these questions and keeps putting them into new contexts by contributing novel scenarios. He chooses his subjects carefully, centring on phenomena and discoveries that can be interpreted differently in a novel fabric of time and space and thus, by establishing a new frame of reference, confront viewers with new puzzles. 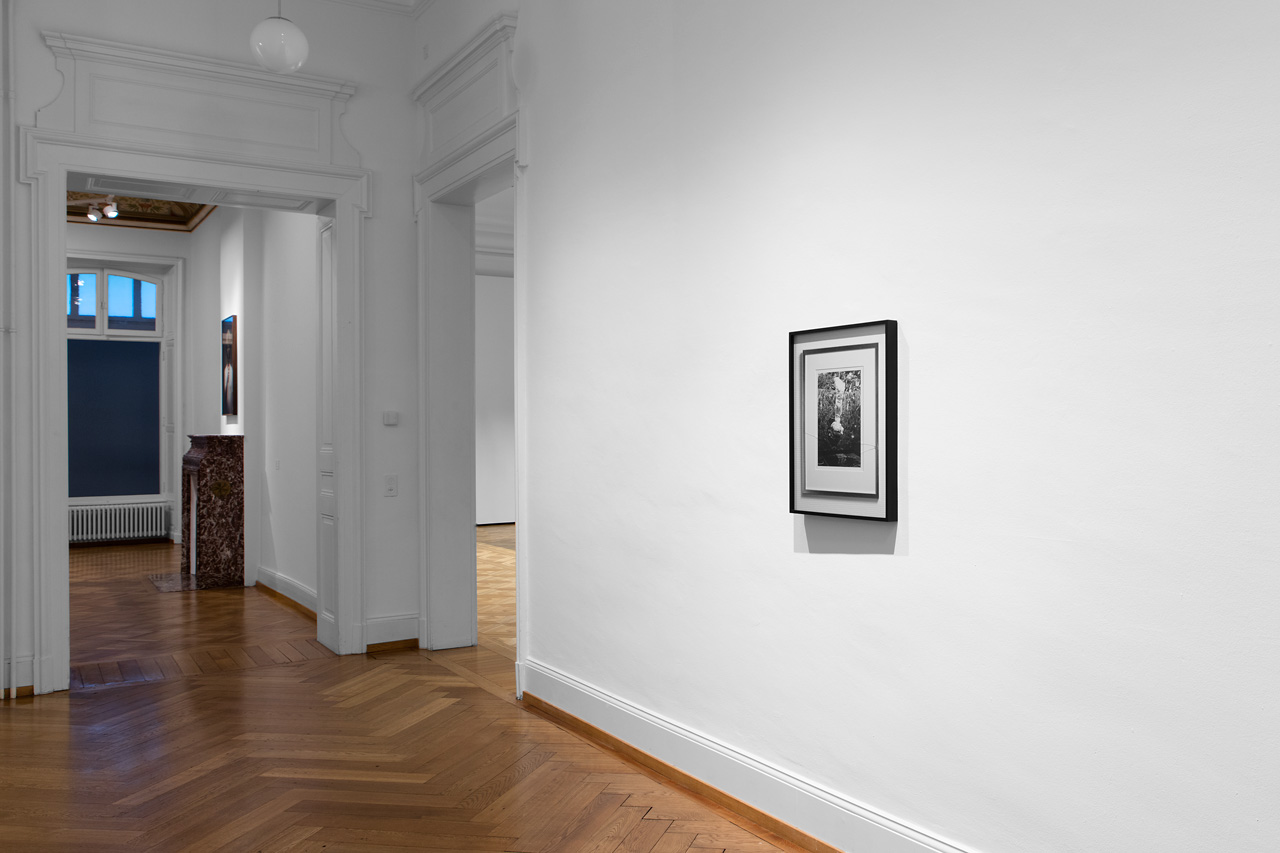 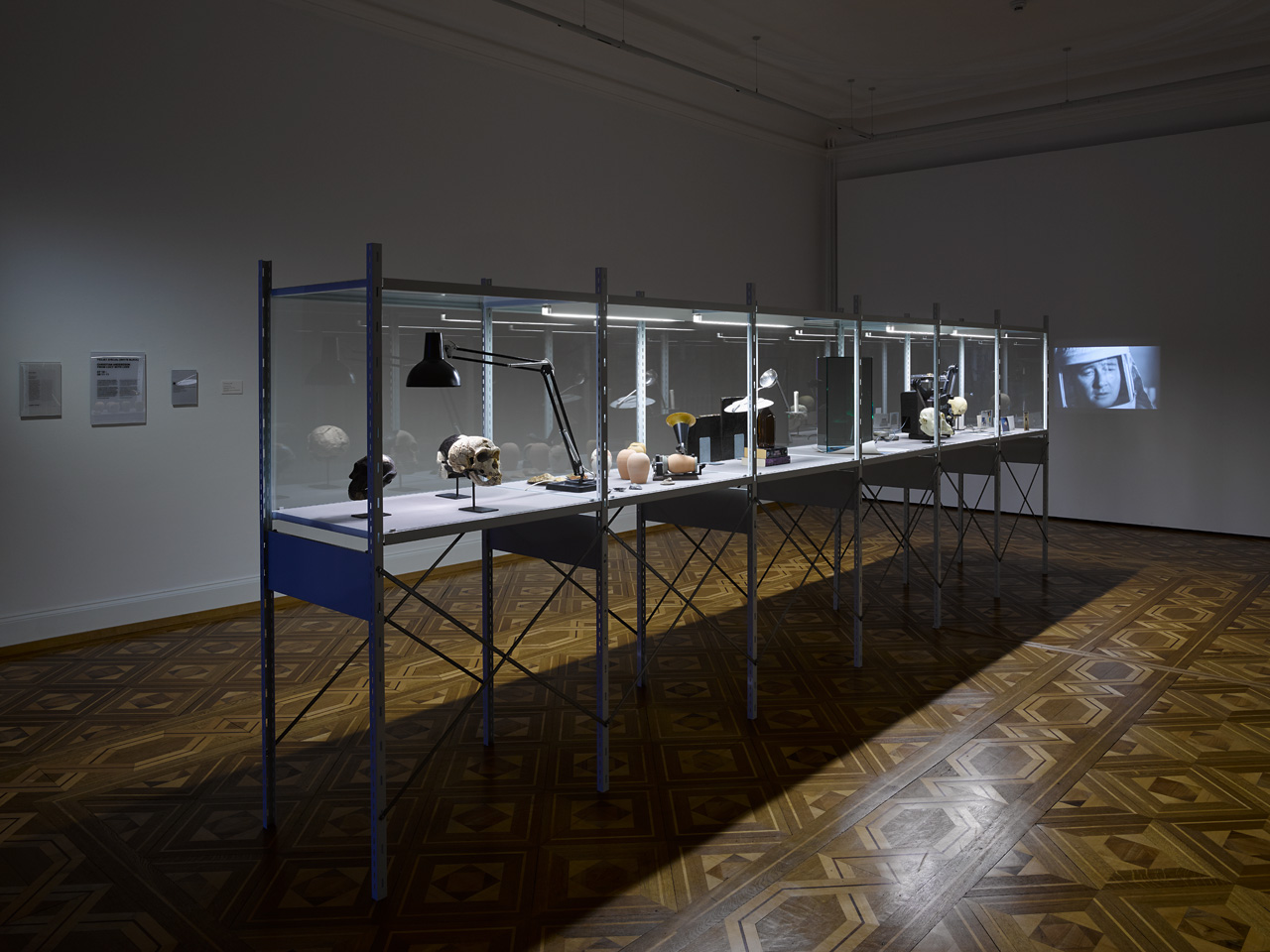 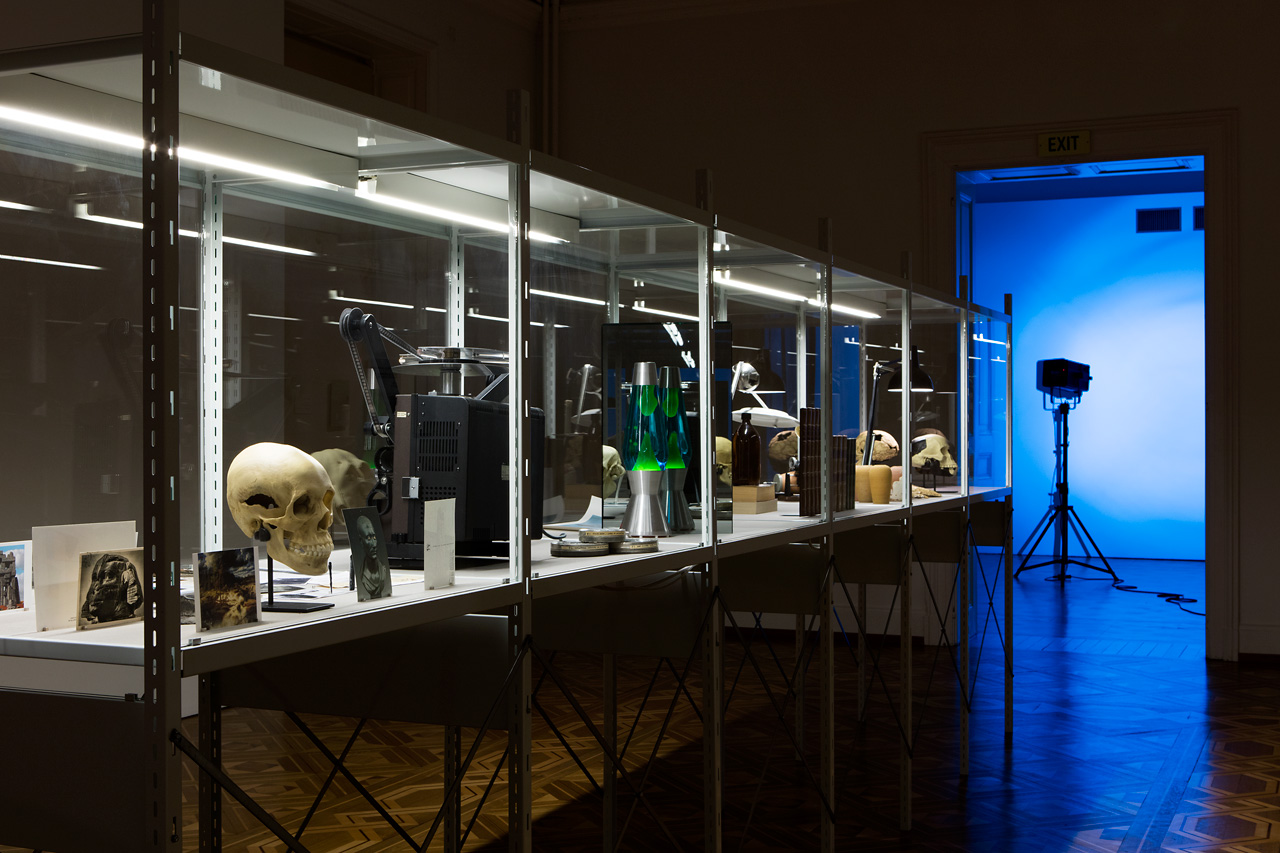 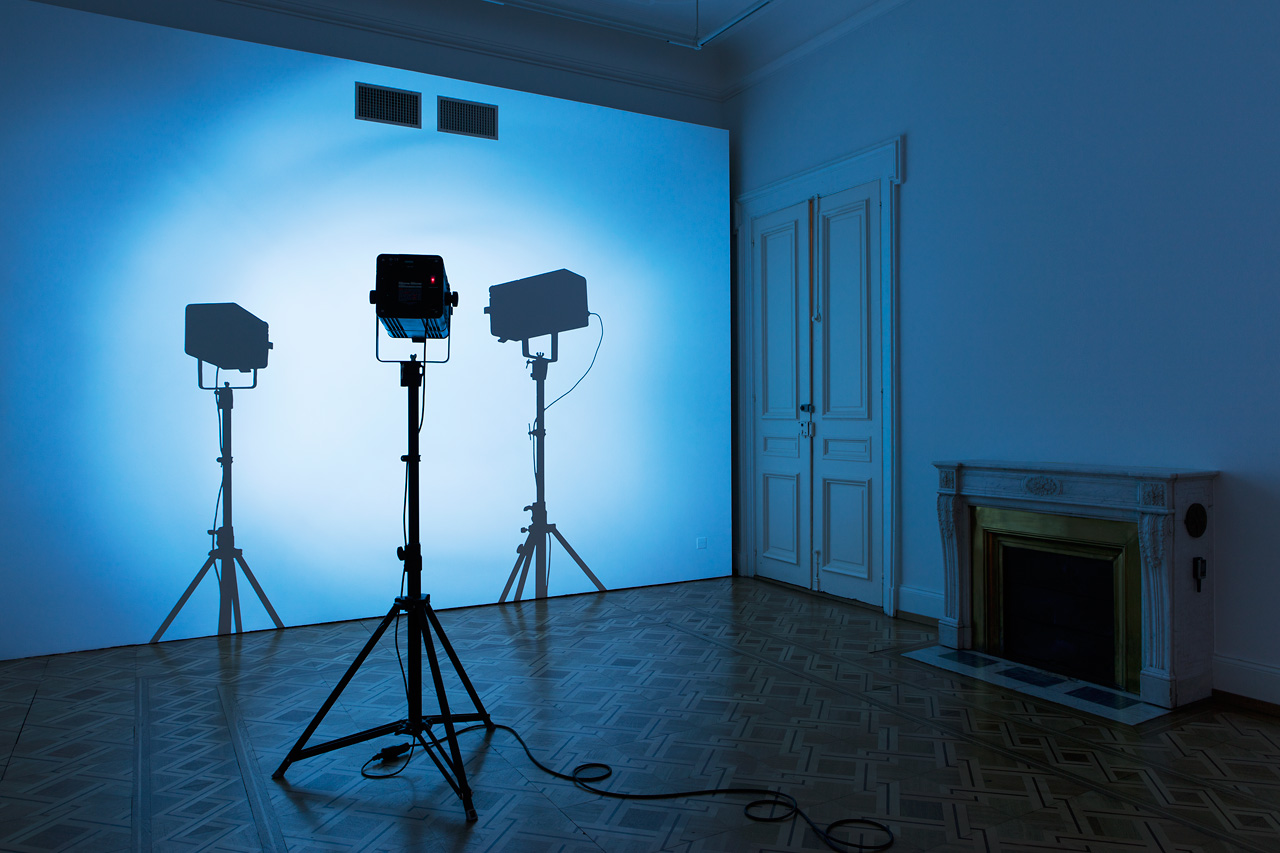 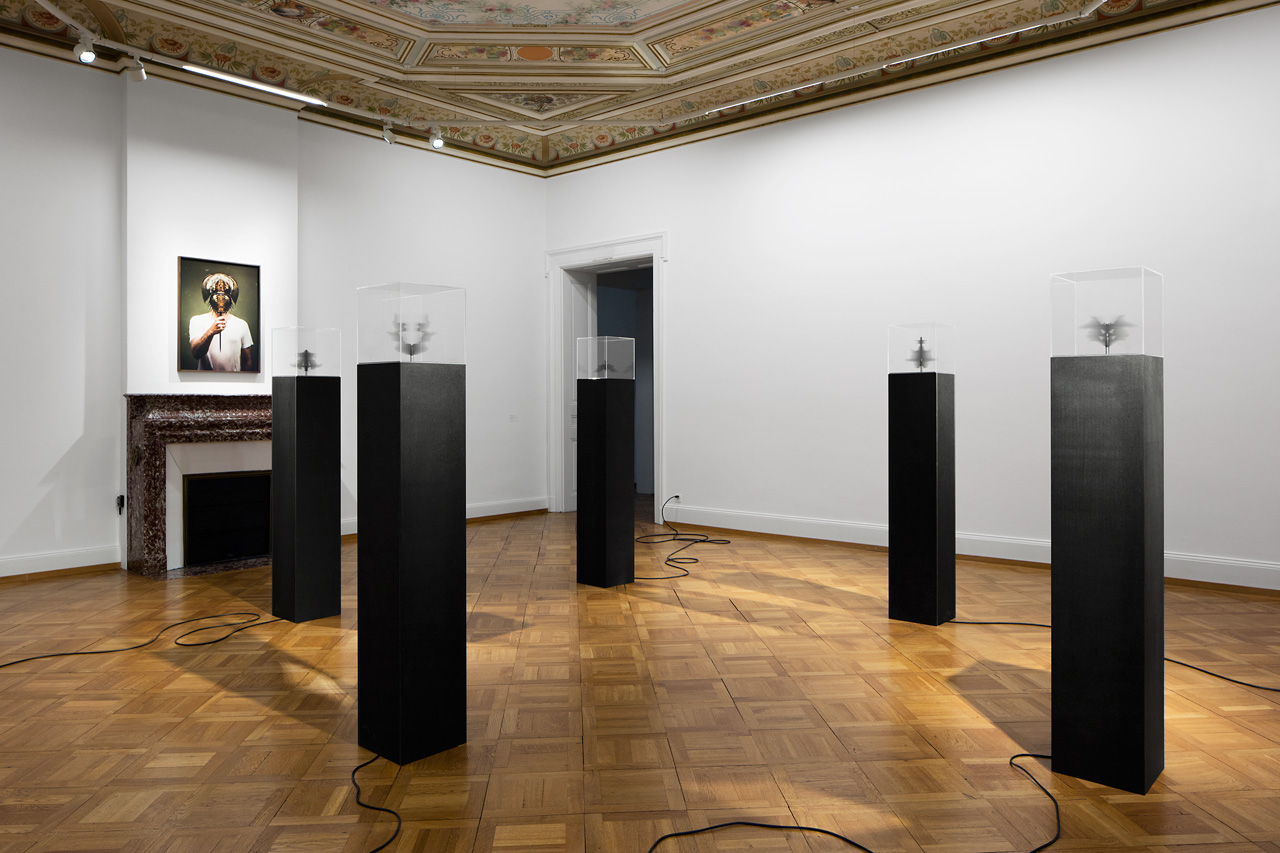 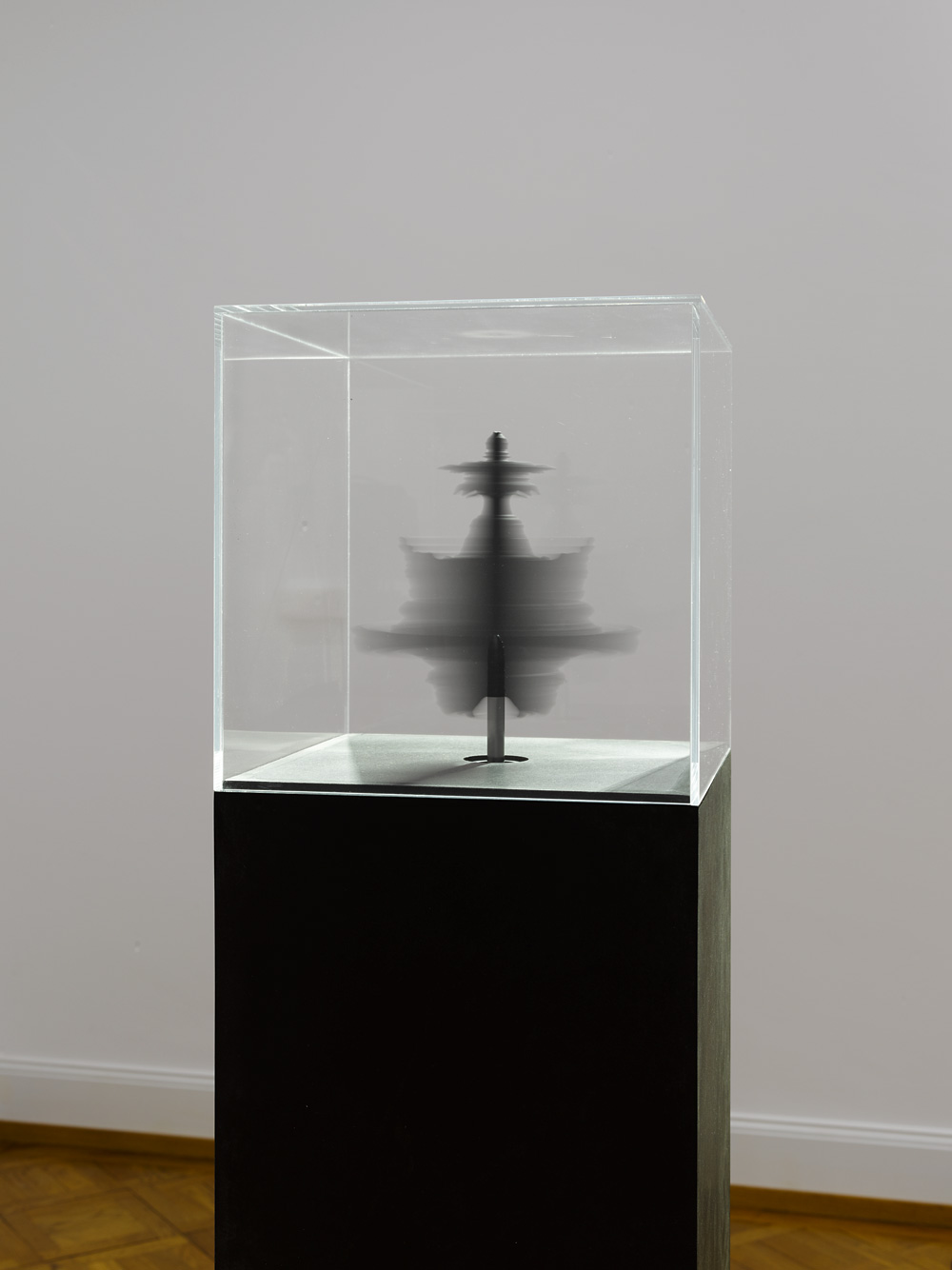 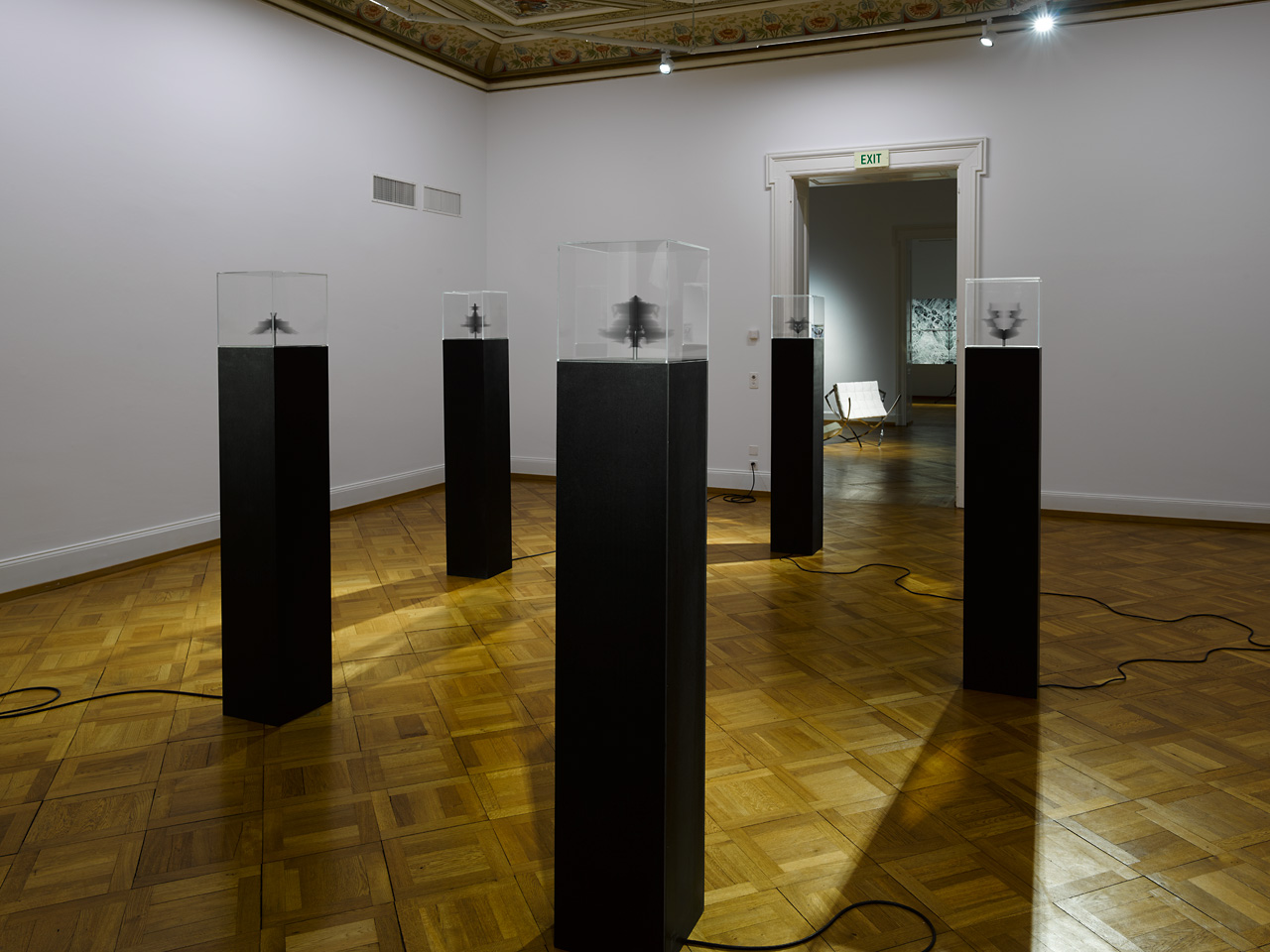 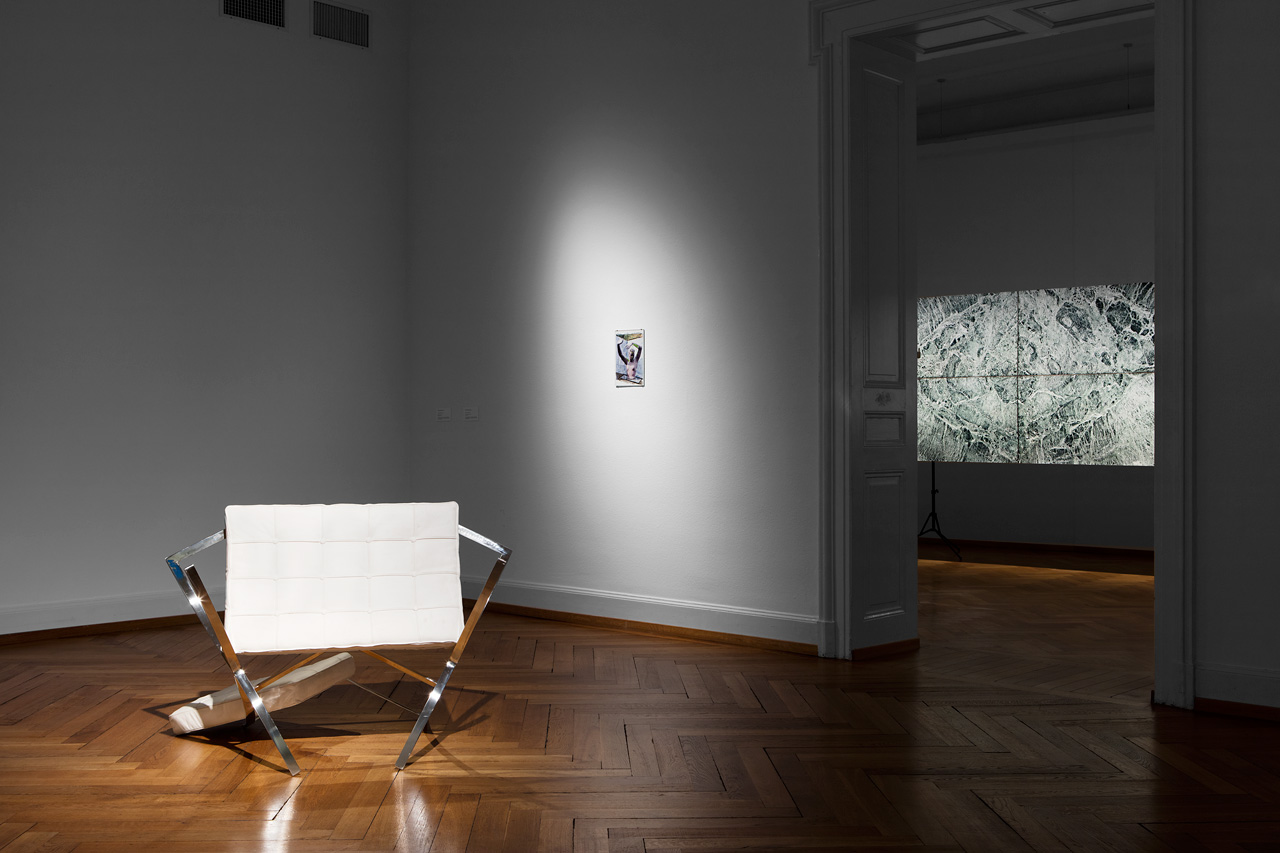 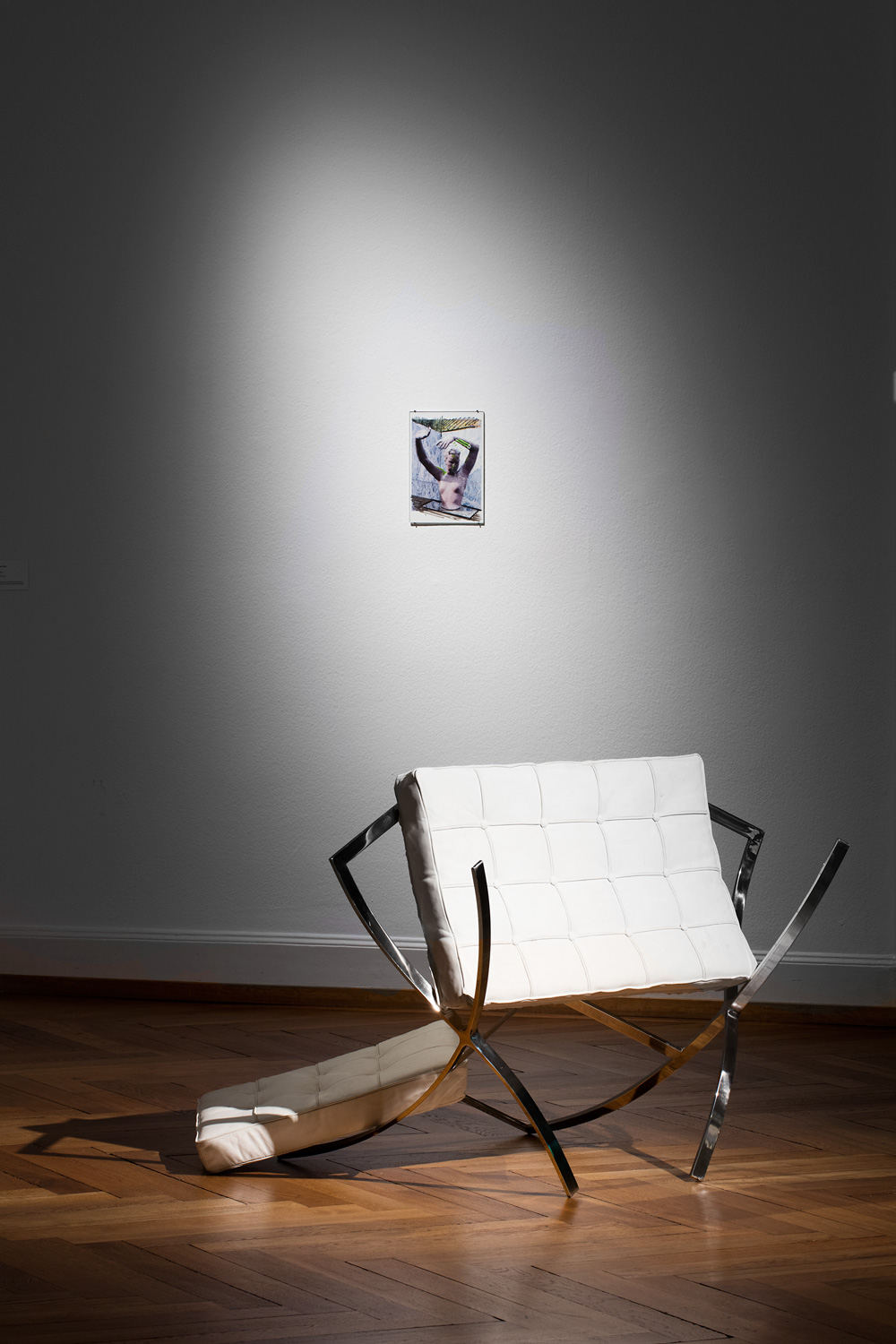 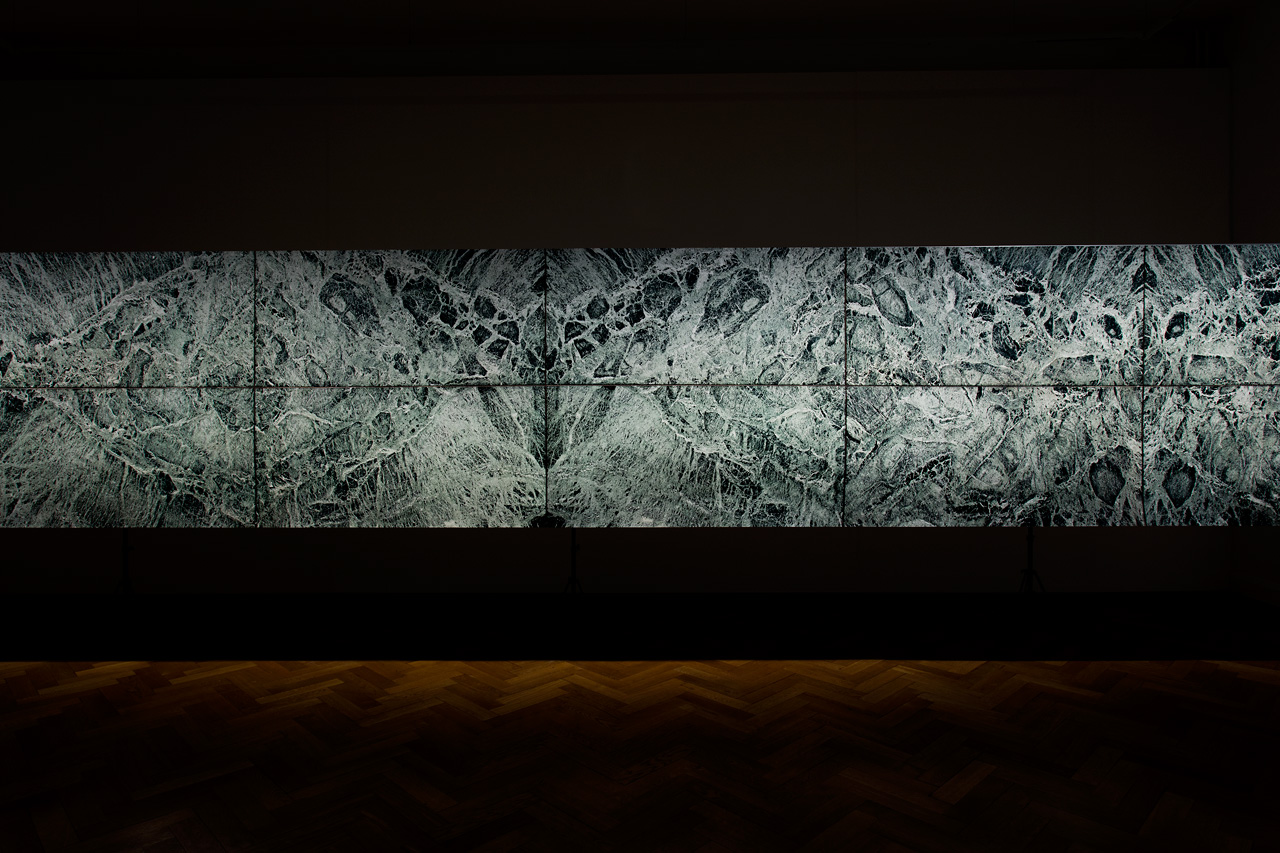 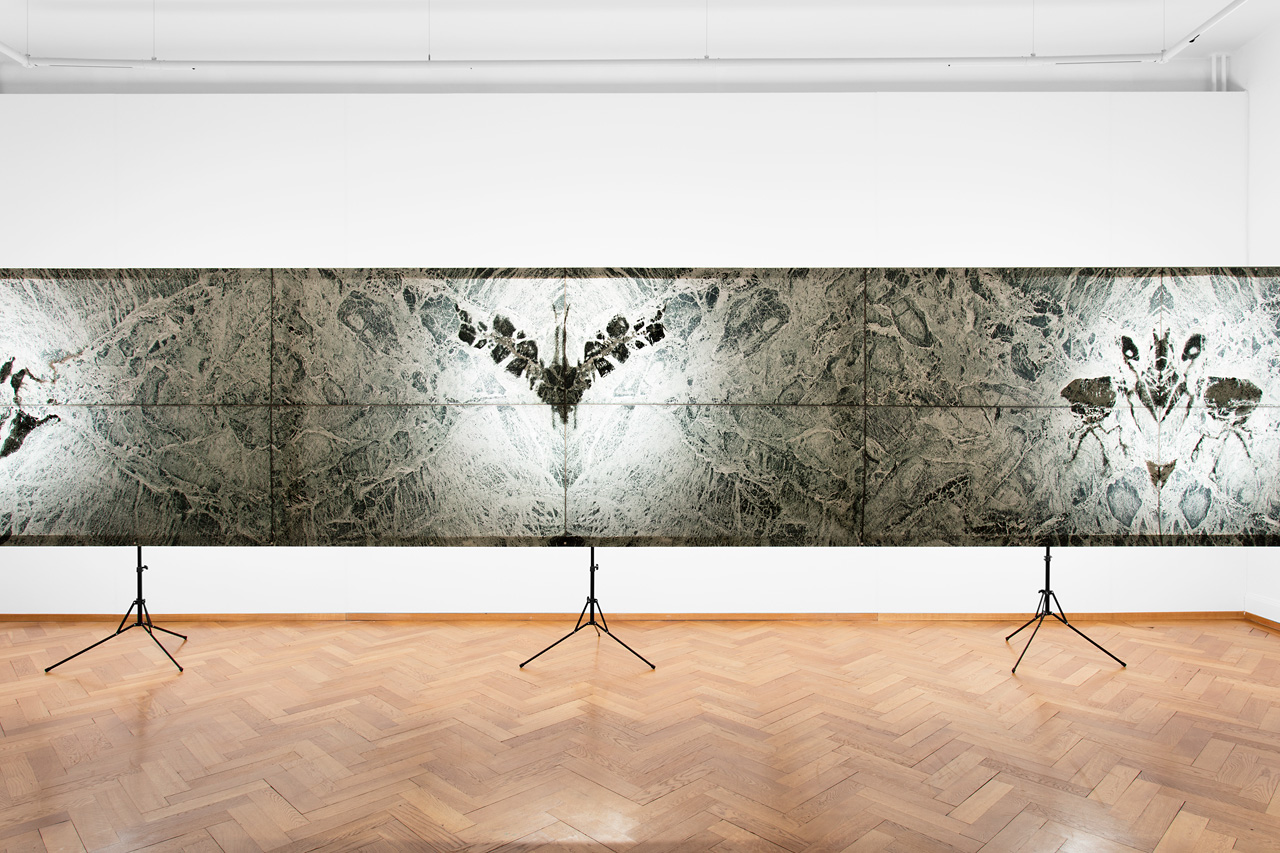 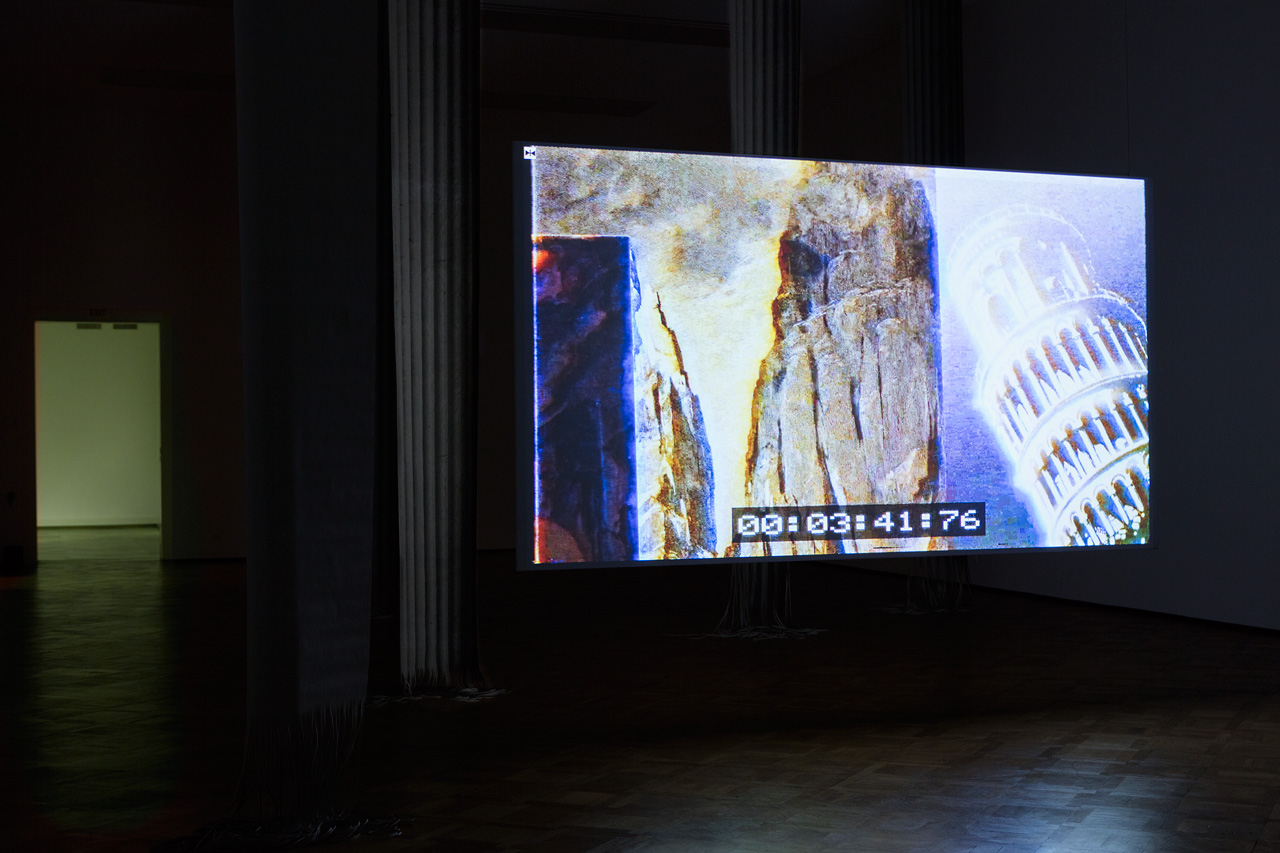 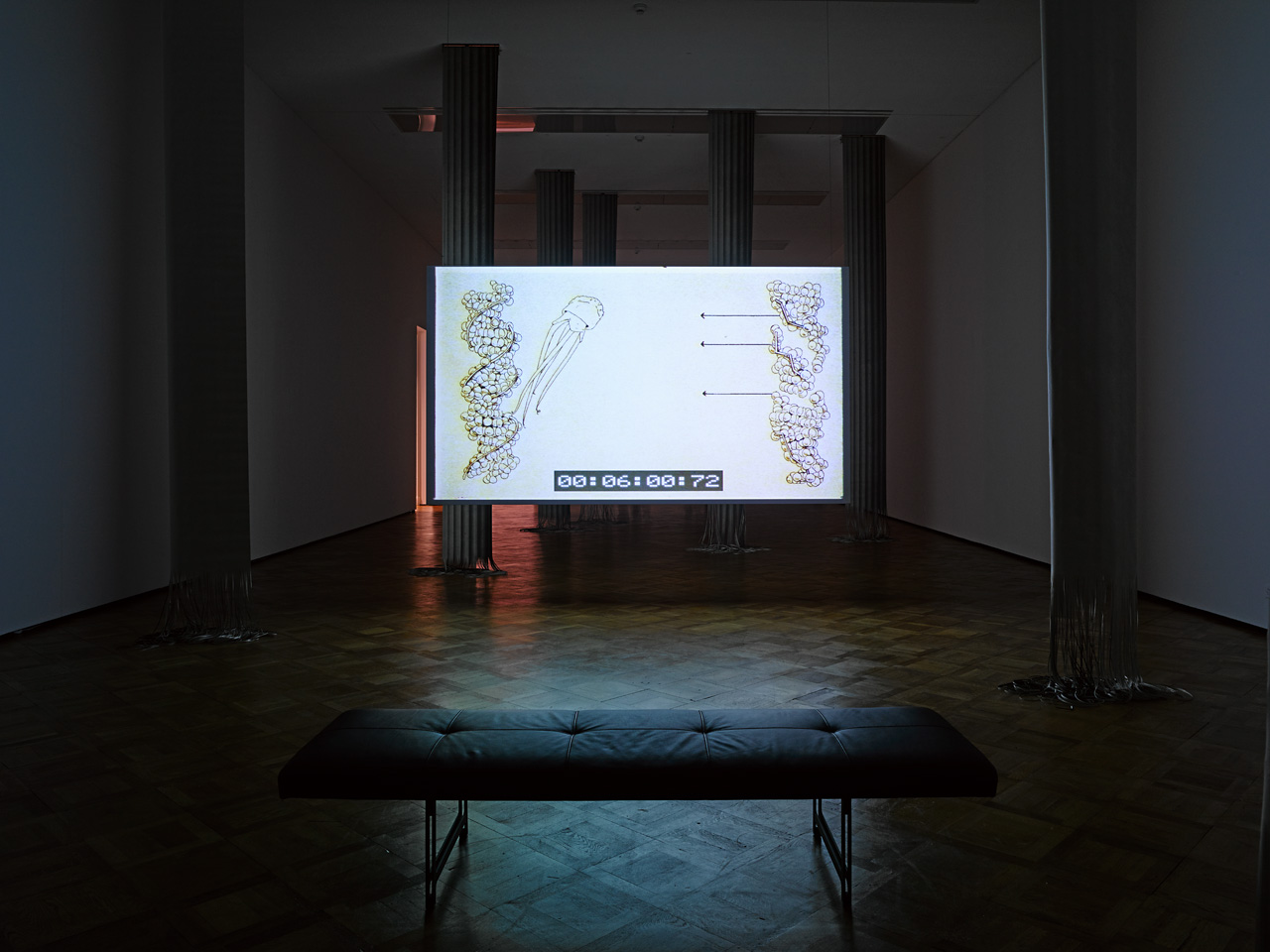 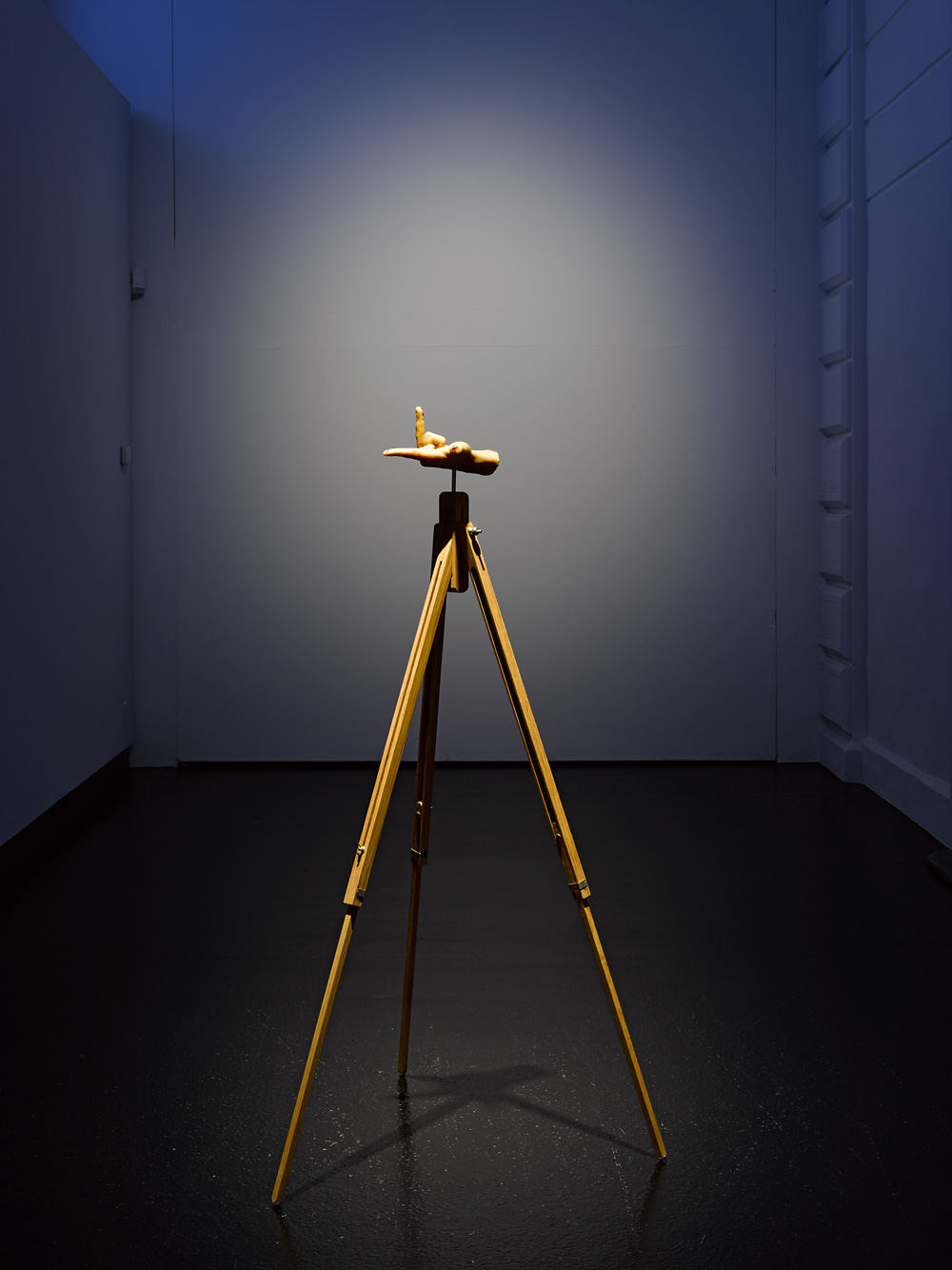 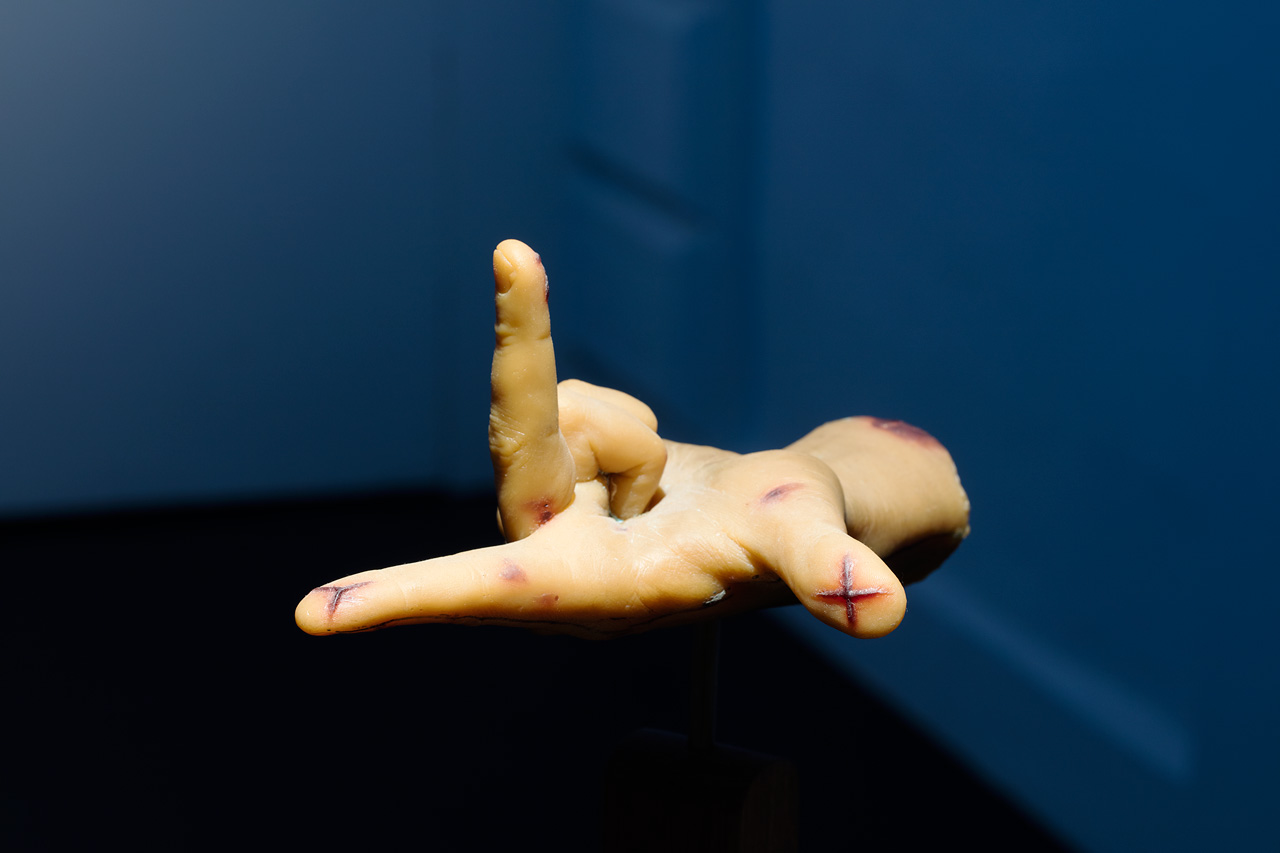