Put the Cobwebs Back in PlaceGalerie Nordenhake(2016)
Berlin
/ show info

In his exhibition Put the Cobwebs Back in Place, Christian Andersson creates a dramaturgically dense ensemble of works. His new installations, sculptures and photographic works unfold a complex network of metaphysical speculations exploring and questioning our seemingly given reality. His multimedia works draw references from diverse fields such as science and science fiction, the history of art and popular culture as well as the canon of western civilisation. His practice is deeply rooted in the legacy of surrealism and a firm trust in a mysterious, hidden aspect of life.

In the first room we are confronted with skilfully crafted wooden objects of a complex nature. For the funnel-shaped objects titled Now Wait for Last Year Andersson worked with a woodturner to excavate the annual rings of 120-year old oak trees. Cutting progressively deeper from the bark to the trunk's core and vice versa, every single annual ring is being revealed. Due to this process the rings become stretched in their width.

The presentation of the objects on a functional steel shelving system is reminiscent of how artefacts would be tucked away in a museum's storage or how materials and tools are stored in a workshop. They remain oscillating between measuring tools or precious artefacts from the past. Smaller than table size these objects might also be seen as models of four-dimensional space-time curved by the presence of matter, for example a black hole, as described in the General Theory of Relativity. The work evokes the tradition of the Bicycle Wheel by the great doubter Marcel Duchamp. Not merely a ready made, it was an object of pseudoscientific speculation aiming at visualising the invisible fourth dimension (that —before Einstein— was conceived of as a dimension of space).

The installation Chroma Key Twine has a similar character as a model of thought. Conceptualising time and history as constructs subjected to mediation and debate, a green background paper woven into a grid and supported by two tripods fills the entire visual field of the viewer. The green screen, or chroma key technique is commonly used in film and TV productions to digitally insert virtual backgrounds, merging two images together. A powerful metaphor for our progressively dematerialised, mediated world the work offers an open space for projecting alternative, and in this case parallel, future realities.

In his installation One Day, which is on view behind a curtain in the back room, Andersson gives us a glimpse of the deep personal shock that might be caused by the realisation of the fallibility of established truths about our reality. The installation uses light ―an even with current knowledge still not fully explicable phenomena― as medium. Six gobo-lights, casually stored in a crate, seem to live a life of their own, projecting faint light in the shape of texts onto the ceiling and walls of the gallery. The words form the story of a macabre joke or a science-fiction nightmare.

From here the exhibition's choreography leads back into the first room. Gazing (back) through the bronze-tinted curtain, the front room now appears distant, dreamlike and somewhat unfamiliar. 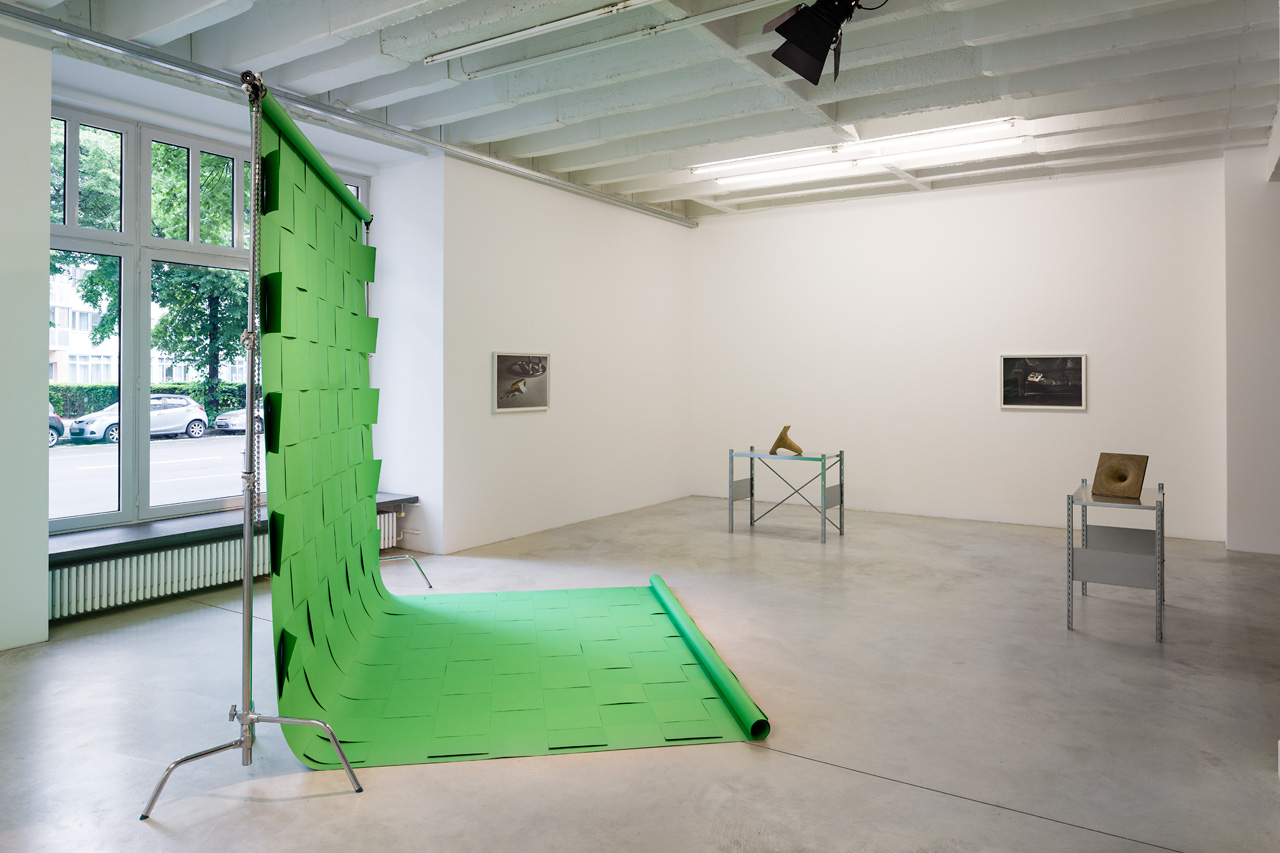 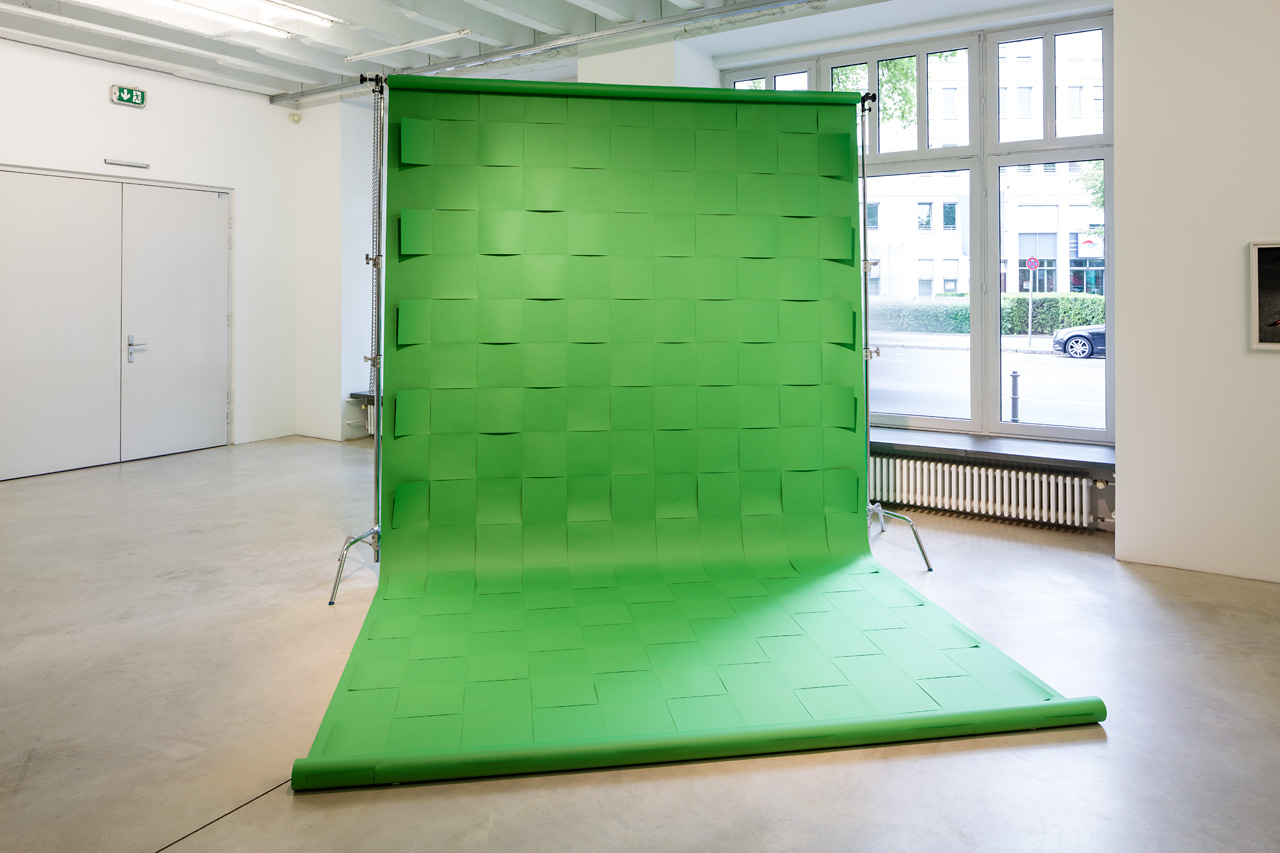 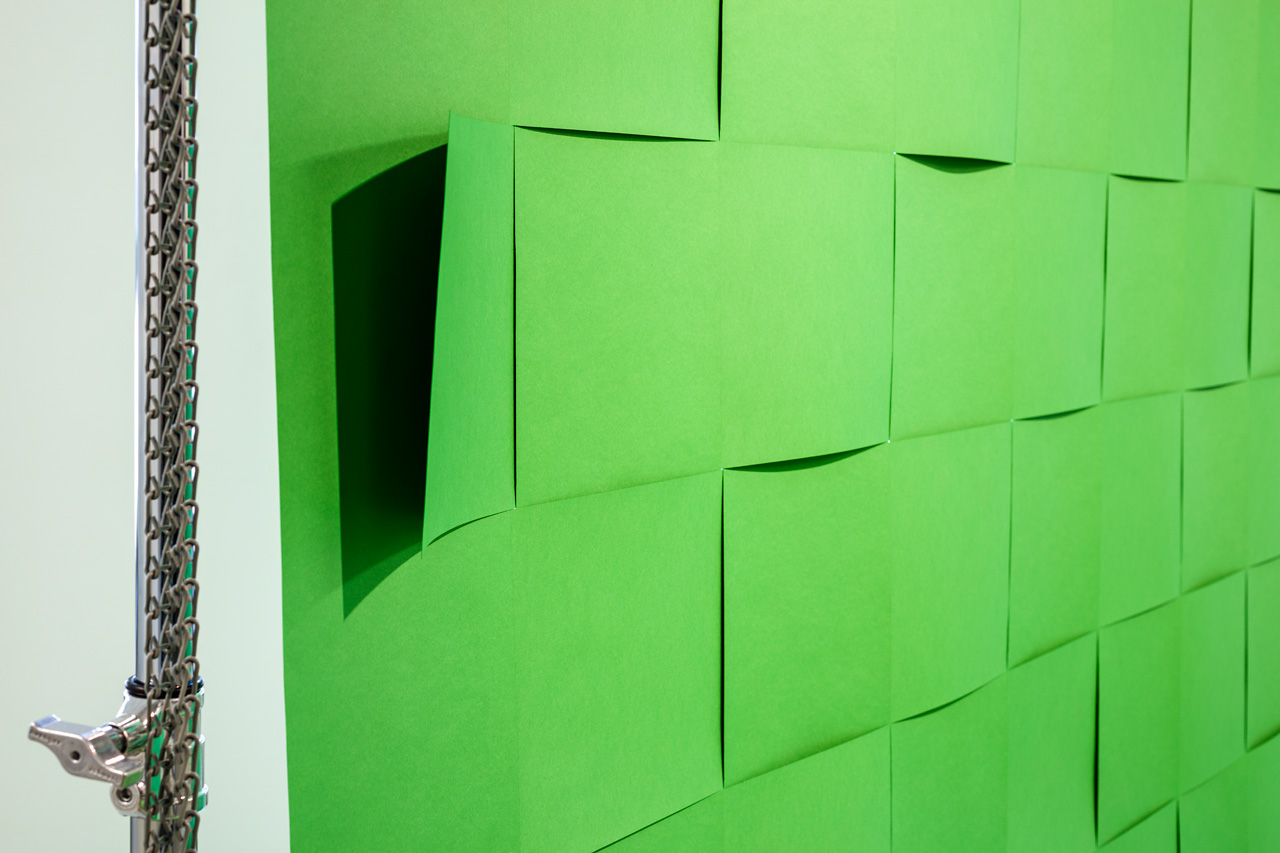 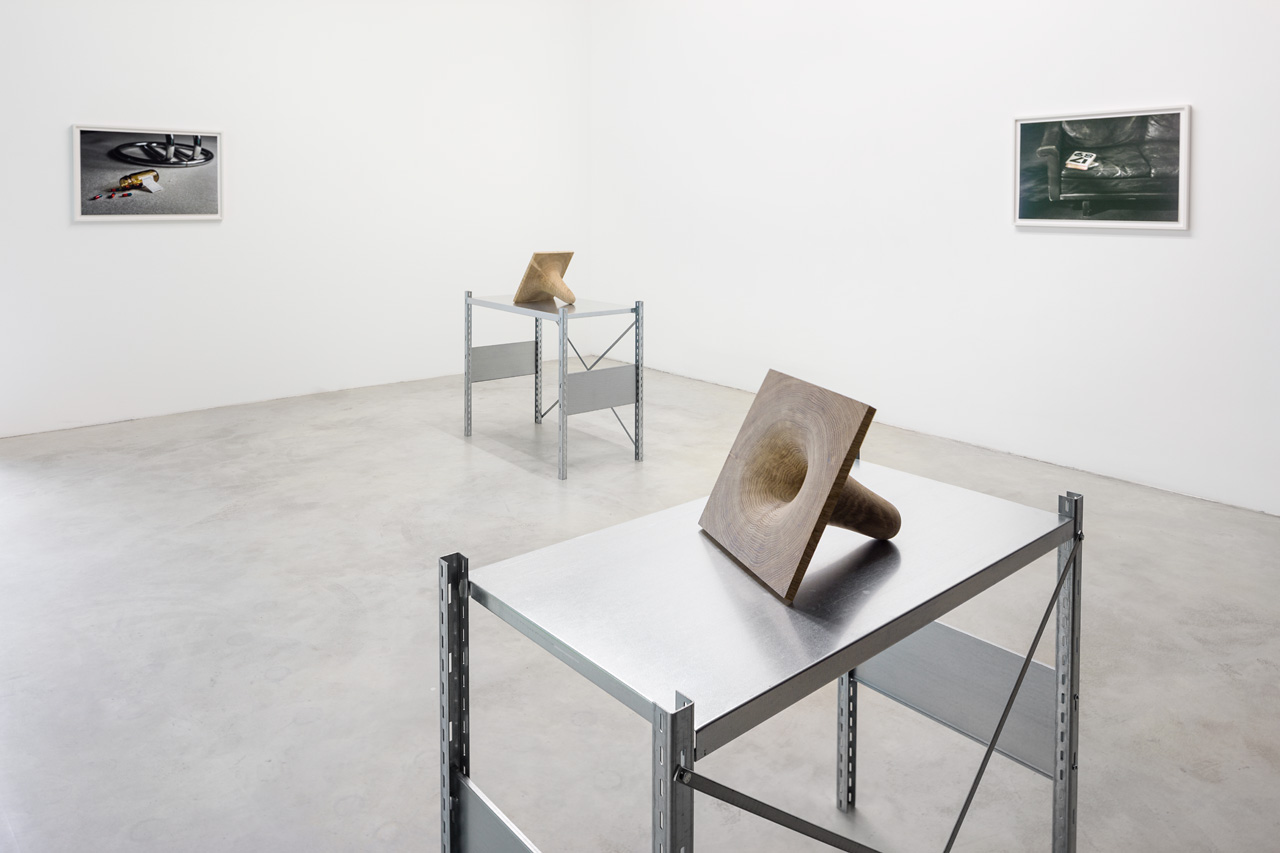 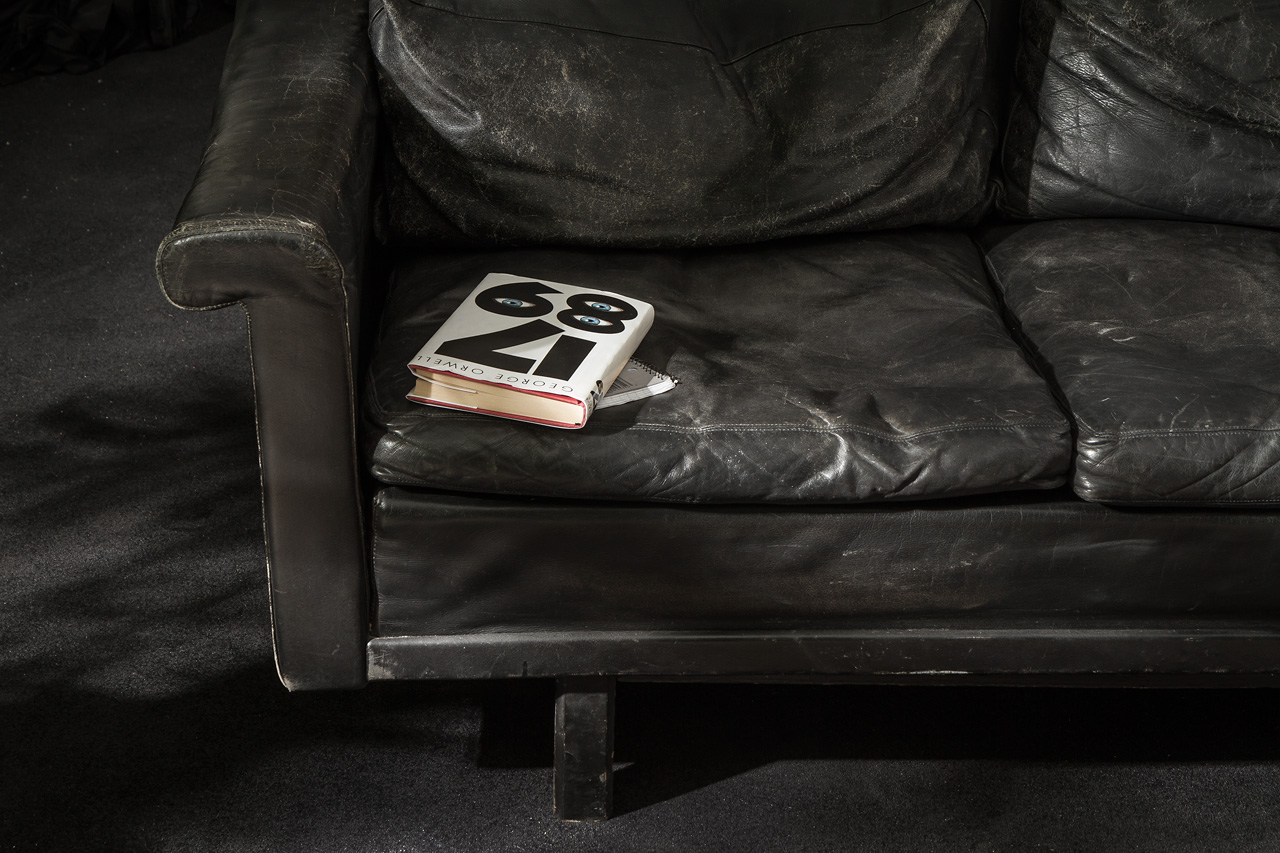 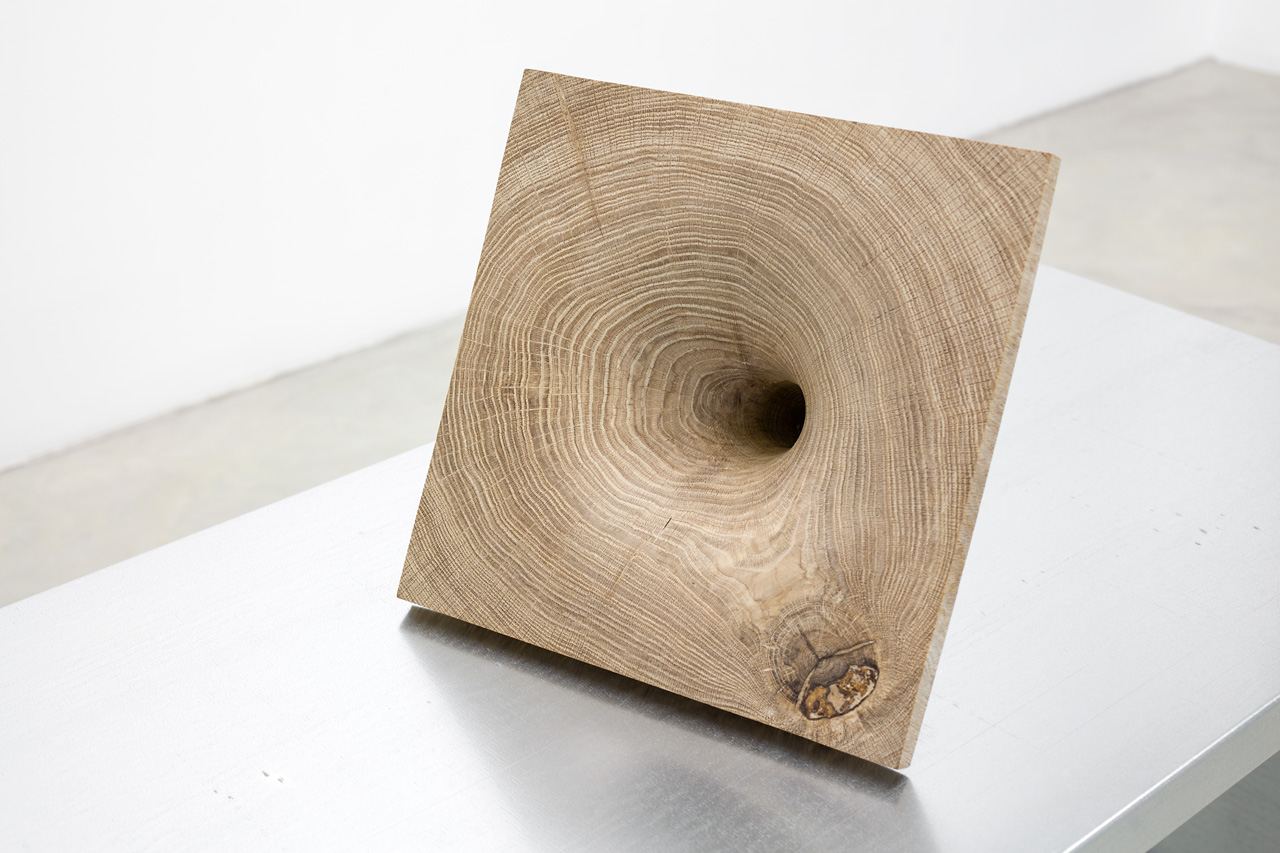 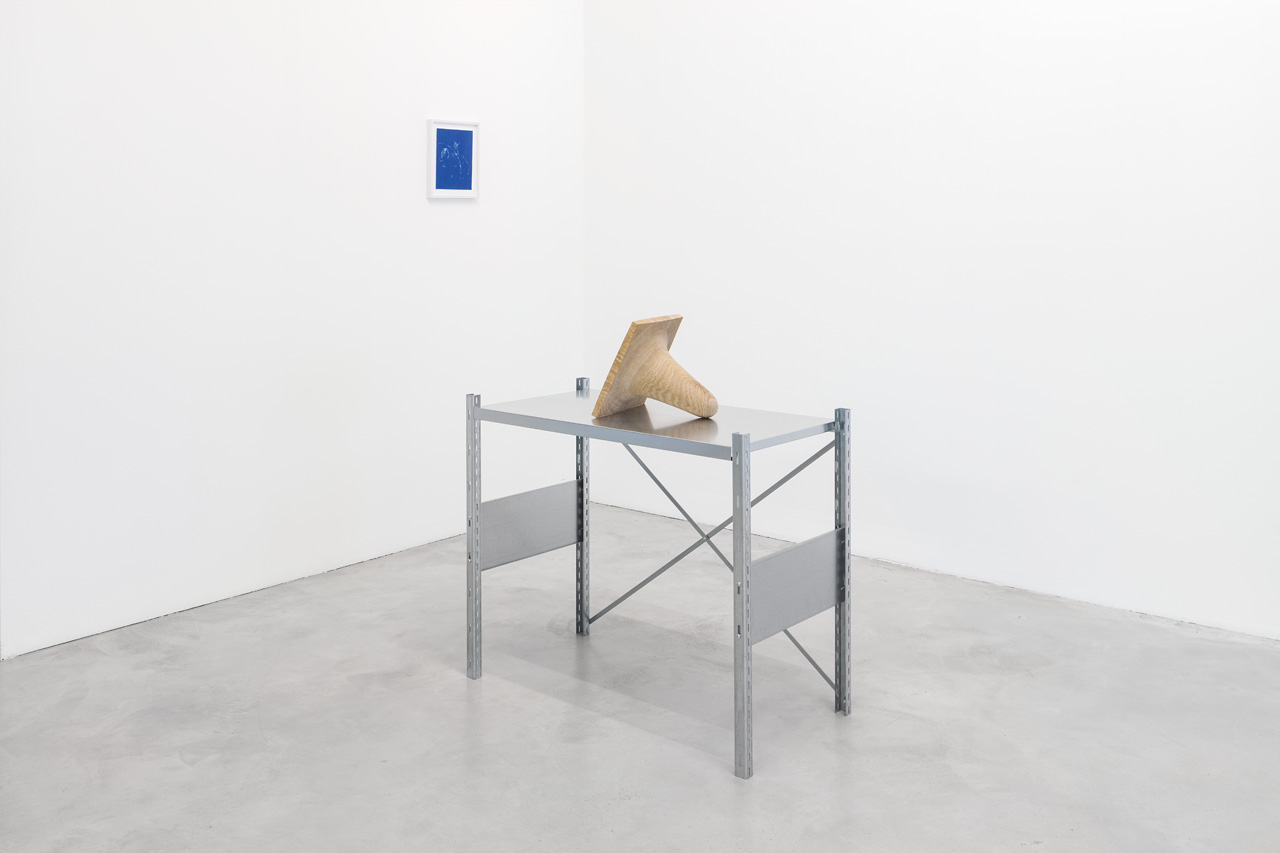 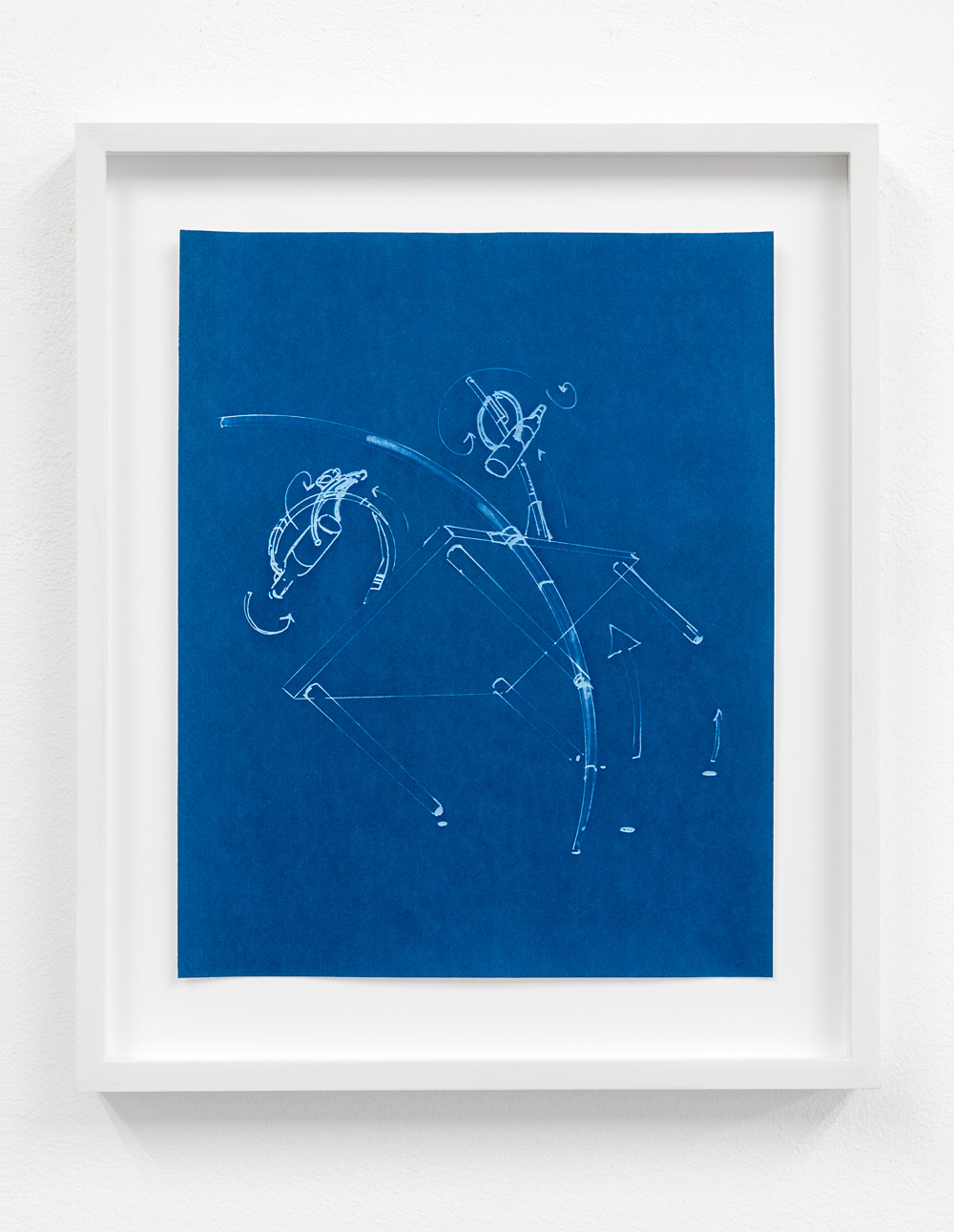 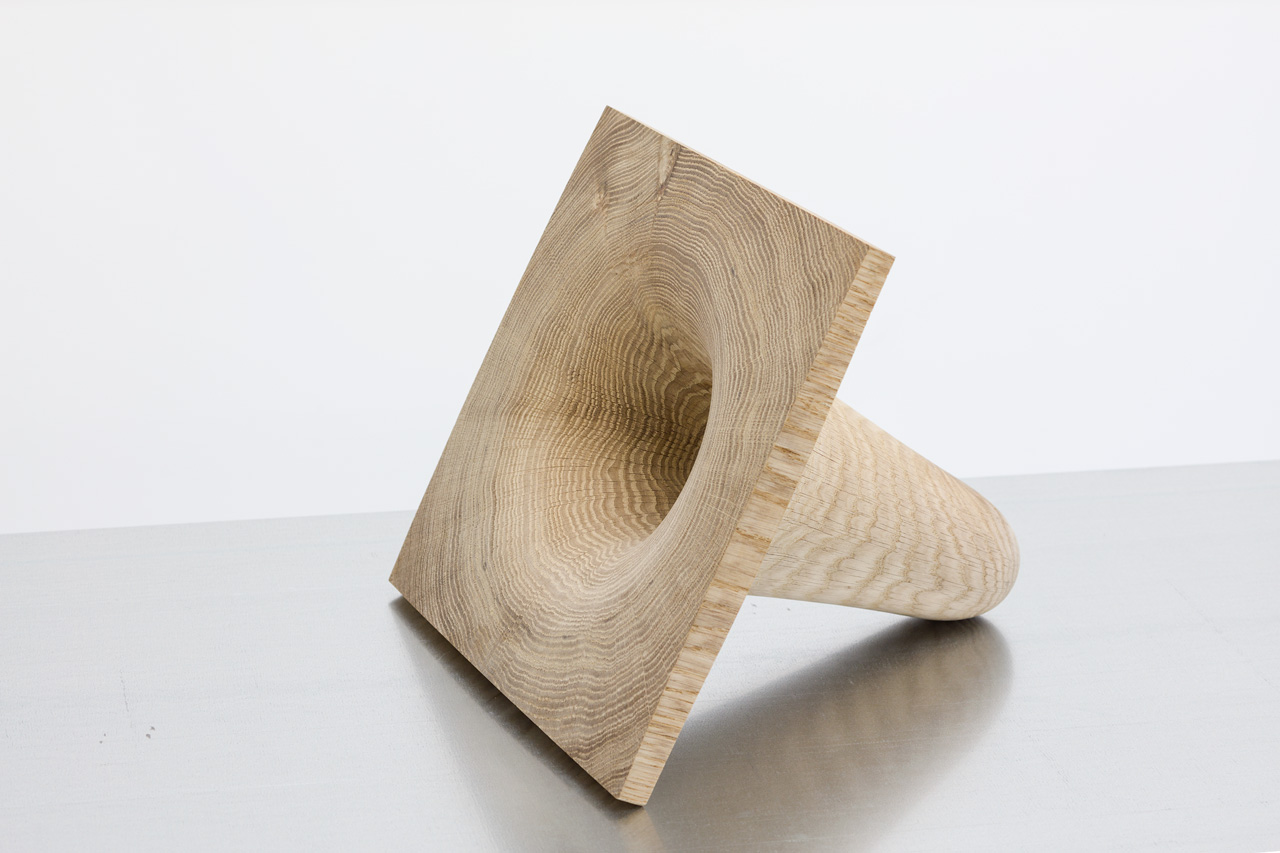 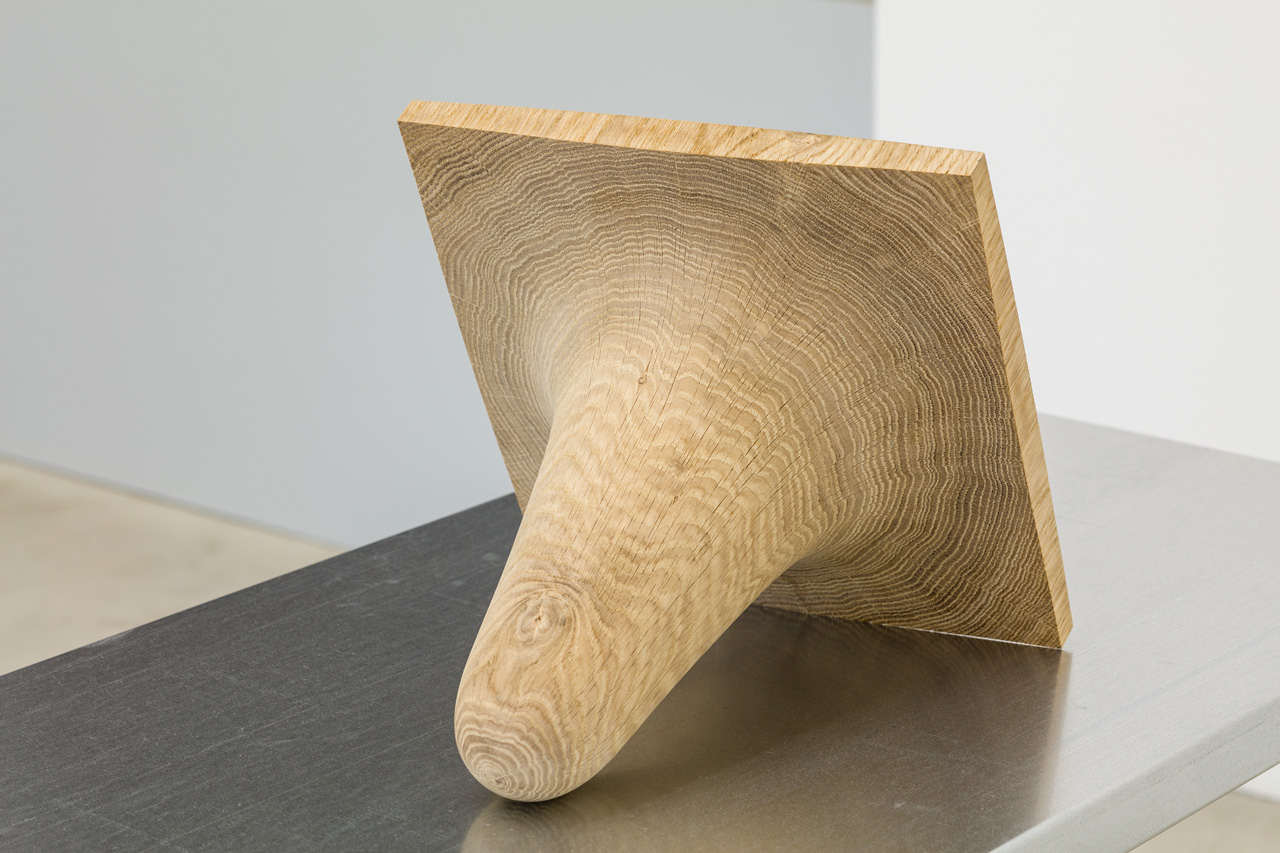 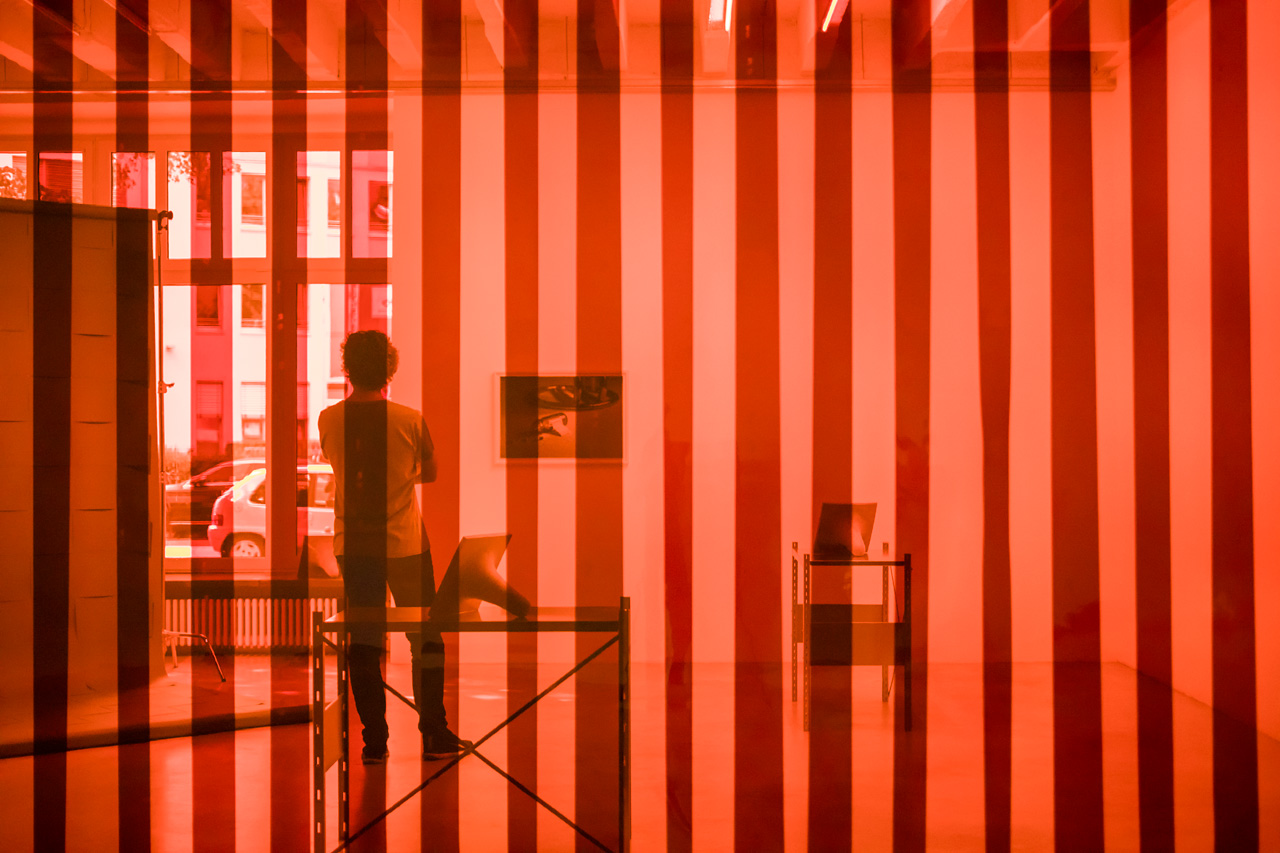 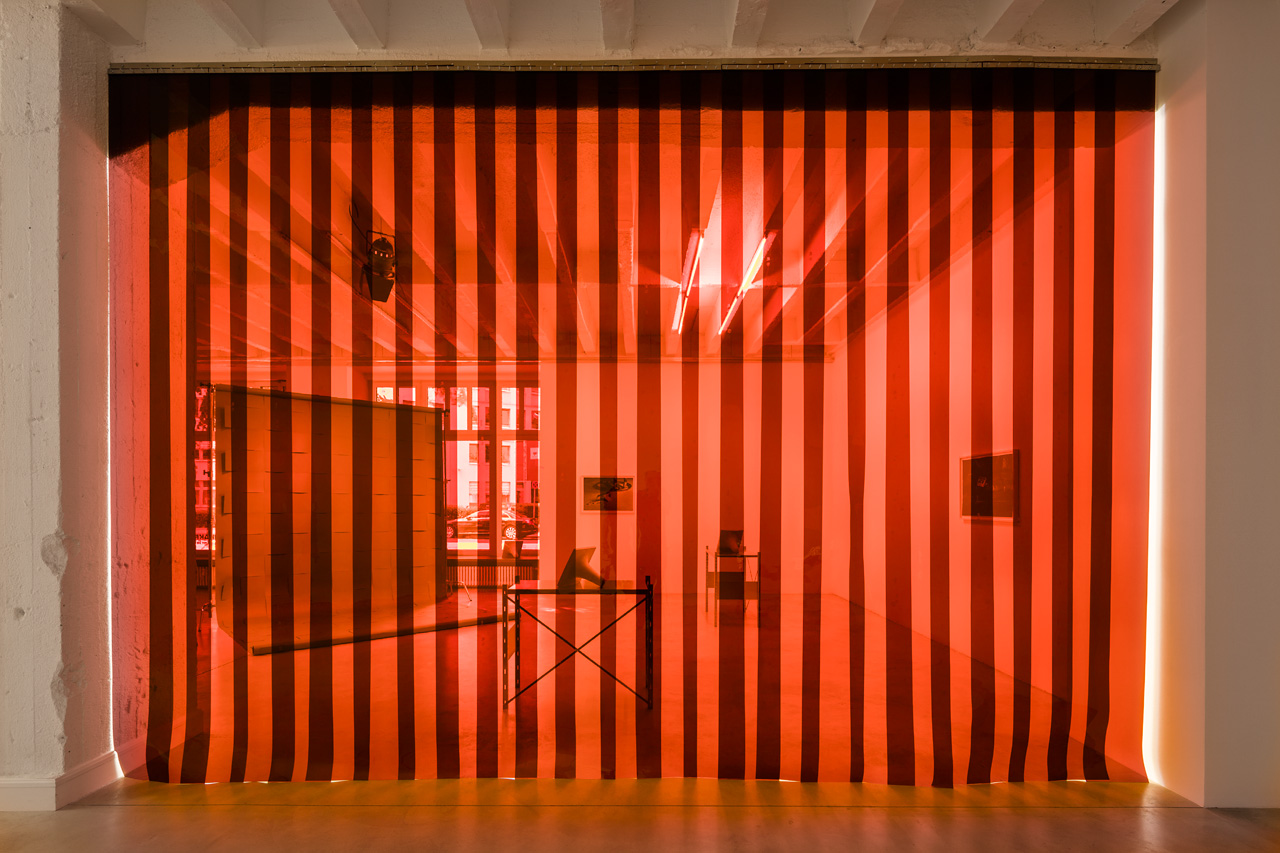 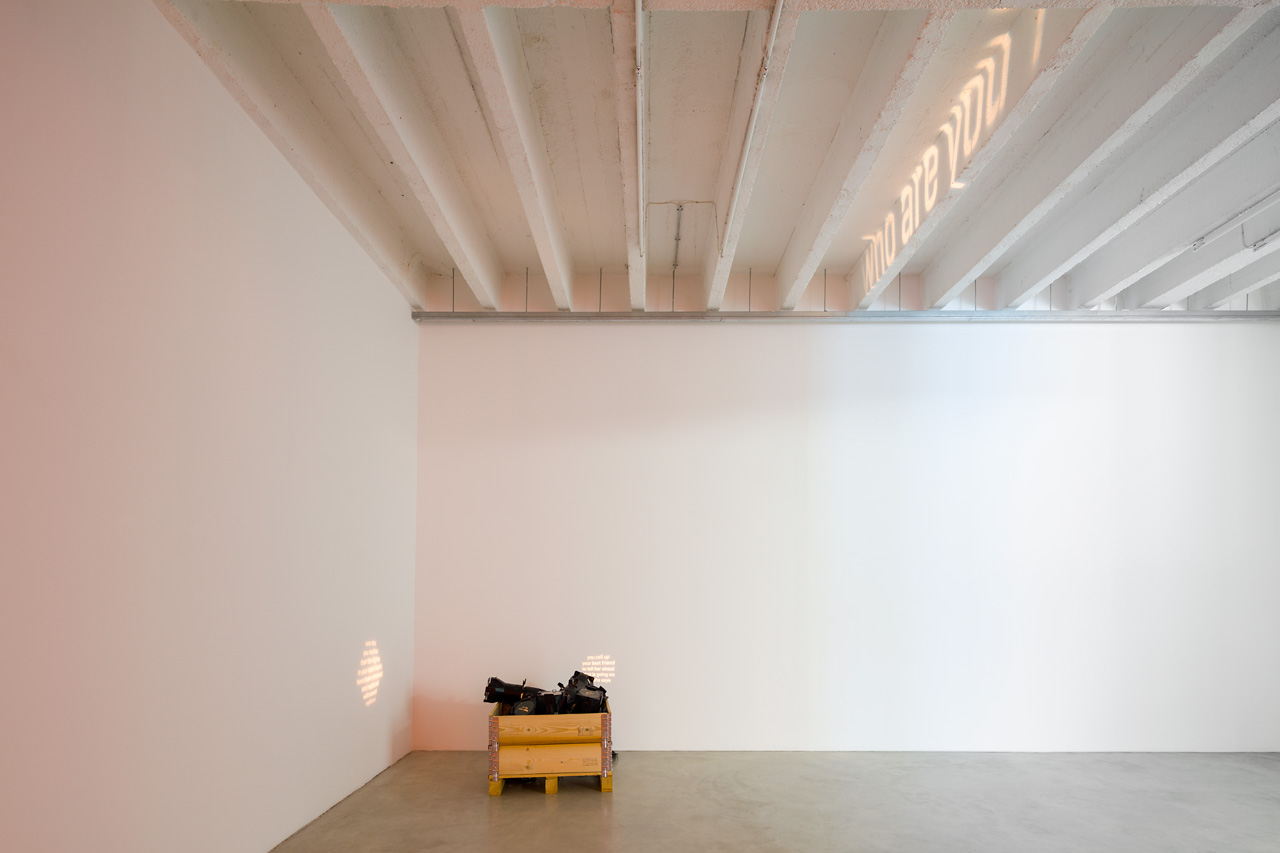 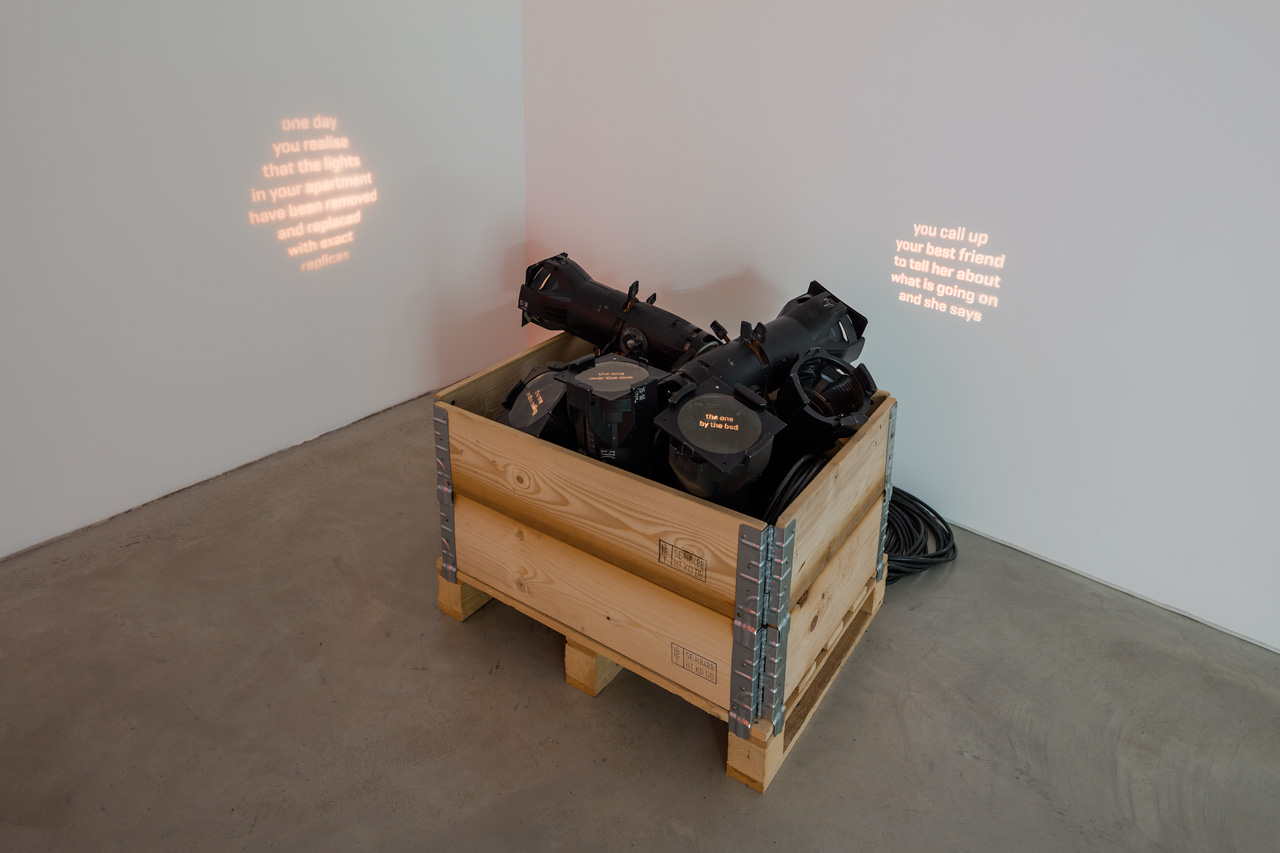 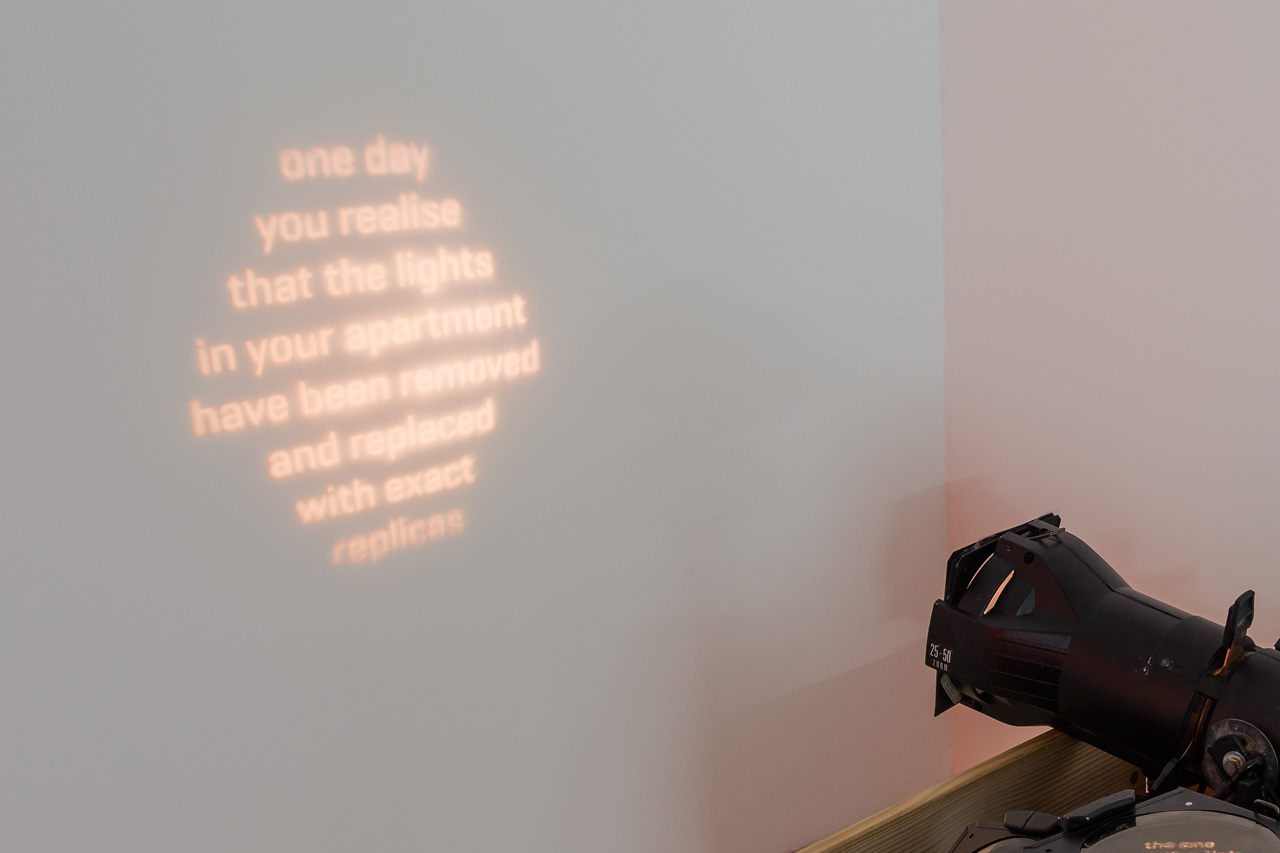 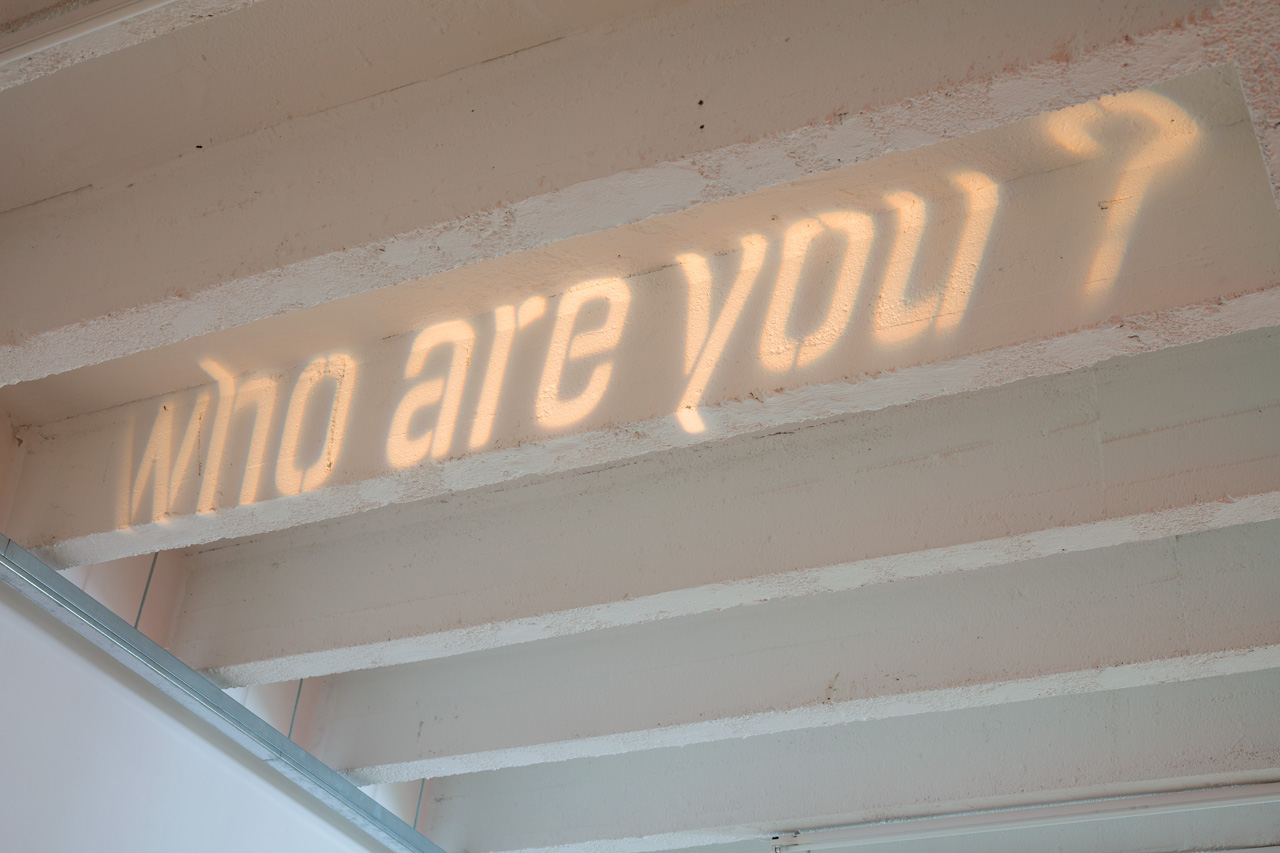