Over time, certain things fade into the background or get completely forgotten, other things take root or cling on, and some attain a status that seems to elevate them above time (and oblivion and the vagaries of history). This applies to fine arts in particular: curators, gallery owners and collectors form a system that keeps reproducing big names and works anew. Indeed, the inventory of art history is actually much greater and more diverse than one would assume by looking at the names of those who are being exhibited, discussed and collected over the years, across the globe.

In his latest exhibition The Great and Secret Show by Christian Andersson at the Von Bartha Garage, Christian Andersson (born 1973 in Stockholm, living and working in Malmö) is questioning this very system. However, he does this not in the sense of socalled institutional critique, but rather sees himself as part of the system whose rules he is subject to, and which he coincidentally as an artist can join in shaping (or at least occasionally warp).

"I wanted to tell a story. A story about an exhibition in a gallery, in this case a show at the Von Bartha Garage. One could possibly argue that the show is put together as a novel with three chapters, or a film split up in three scenes. My idea was to investigate the structures of an event like this by creating three different views of this particular phenomenon. The first room represents the gallery, the second room represents the show, and the third room represents a merging between the two. I was also interested in the linear reading of the show, that somewhat changes when you have experienced the last room in the back. By using both the gallery and my own works as props I was aiming for a feeling of doubt about whether the whole setting is fictional, i.e. 'where is the actual Great and Secret Show by Christian Andersson?'"

The first room of the exhibition frames the history and character of the Von Bartha Gallery. As a chapter, the space works as an introduction that describes the context in which the actual story (the exhibition) takes place. The works by Bernar Venet and François Morellet are part of the history of the gallery itself, while both artists also belong to the inventory of art history. The historical value of these works appears established.

A framed photograph (Untitled (Endloser Morgen), 2010) marks the transition to the second chapter. The image shows a photograph of the Georg Kolbe statue Morgen, which is part of the reconstructed Barcelona Pavilion. The glass covering the framed picture is cracked. Andersson's reinstatement of a photograph of the Kolbe sculpture is not a mere duplication. Here the cracked glass disrupts the act of depiction, as a personal note or nuance. The iconicity of the pictured work and its setting no longer seems sacrosanct.

The second part continues the narrative, questioning the iconic status of certain works and artists. The sideboards and the sculpture Angel of the Hearth (2011) are clearly based on the modernist aesthetic of Mies van der Rohe's Barcelona Pavilion, yet temporal aspects of decay and obscurity are omnipresent. Both sideboards also serve as pedestals for the sculptures dedicated to impermanence and chance. While Strike (2012) refers to an incident that has just happened, Flip (2012) focuses on the unpredictability of an action that hasn't happened yet. The (wide-ranging) consequences of a (basically) simple choice - A or B, heads or tails - take center stage in The Killing of Jason Todd (2012); only this time it is about life or death. The outcome of the story and the reference point of Andersson's work are already revealed in the title. In an issue of a four-part special edition of Batman in 1988 titled A Death in the Family, the readers were asked to vote on whether the Joker should succeed in his plan to kill Robin (aka Jason Todd) and his mother, or if he should fail. The democratic poll determined: Jason Todd should die. In an intriguing mix of reality and fiction, the readers actively influenced a fictional story and became the authors themselves. (To accommodate both possible voting results, the publishers of DC Comics commissioned two alternate installments. The other, never-published version shows Batman holding Robin and shouting, "He's alive! Thank God!")

In the third section of the exhibition separated by a PVC curtain, the theatrics and the actual staging of The Great and Secret Show will be revealed. Or will they? Isn't an exhibition by definition staged? And aren't the transport crates and the car standing around the last room far more real compared to the fictional, utopian, constructed character of the preceding rooms and artworks? One possible answer lies in the piece Beam (2011), also part of the the final room. What looks like an ordinary H-beam of metal primarily used in construction is, in fact, a glass sculpture. The essentially solid supporting structure turns out to be another artwork in the form of a mystery, and its material execution proves extremely fragile. Also the car (White Van, 2012) is only seemingly ordinary. Like an arcane black box in a white suit, the van serves as an additional stage in Andersson's elaborate dramaturgy.

Based on the common terminology, where the 'show' appears to have replaced the 'exhibition', the question arises, just what roles are the individual players - the artist, the viewer, the gallerist, the collector - given? Christian Andersson does not attempt to hide the stage character of his show at the Von Bartha Garage. Instead, with subtle crossand self-references he further enhances the staginess and the constructed quality of The Great and Secret Show. Andersson's play, of which the audience is as much part as the artist, blurs the boundaries between producer and viewer. The narration from the first room (introduction), through the central main chapter, to the final section (closing credits) only appears to follow an inherent logic but ultimately leaves the visitor baffled. In the sequence of spaces, questions without answers accumulate. Returning from the last room to the starting point of the exhibition, much of what previously stood on a stable pedestal and hung behind solid glass, suddenly seems less certain and set.

Text by Reto Thüring.
Translated from German by Niina Rinne. 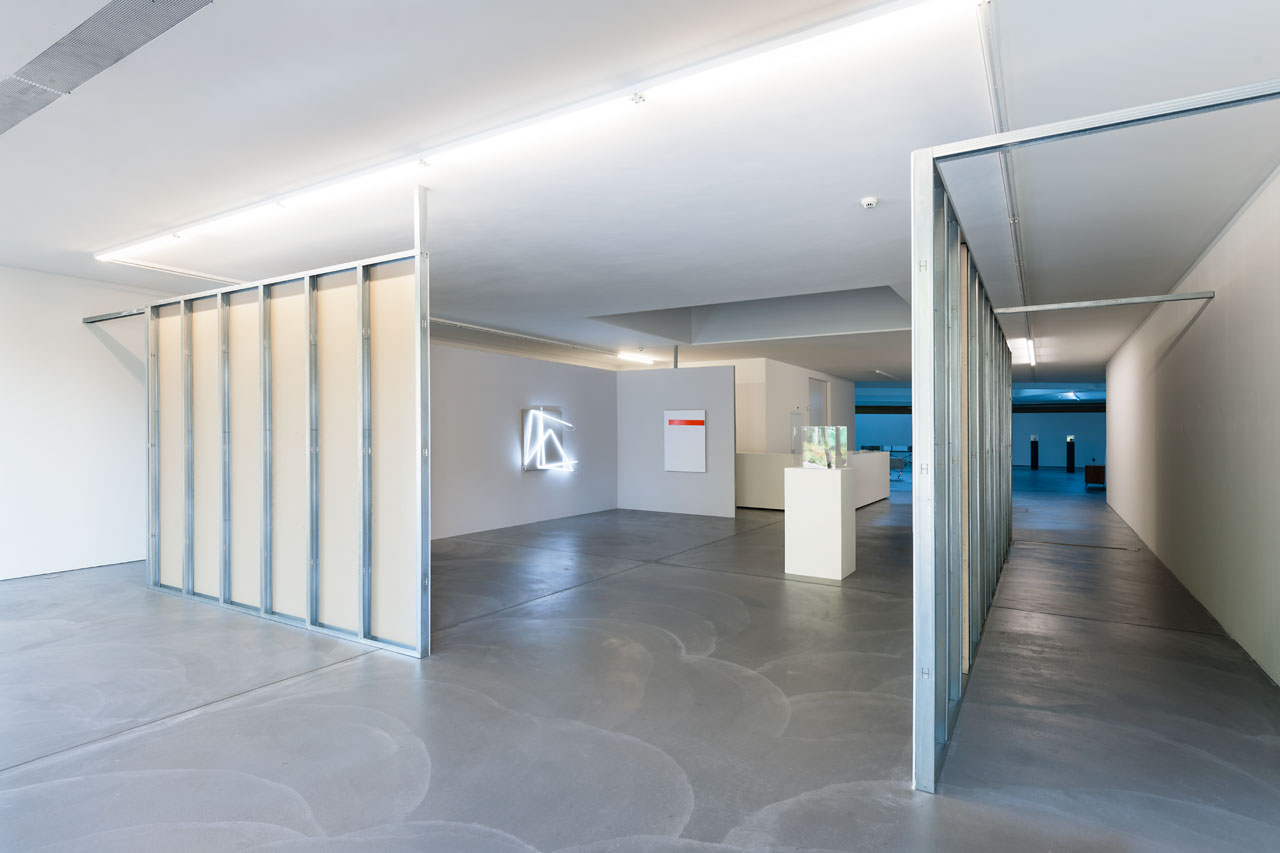 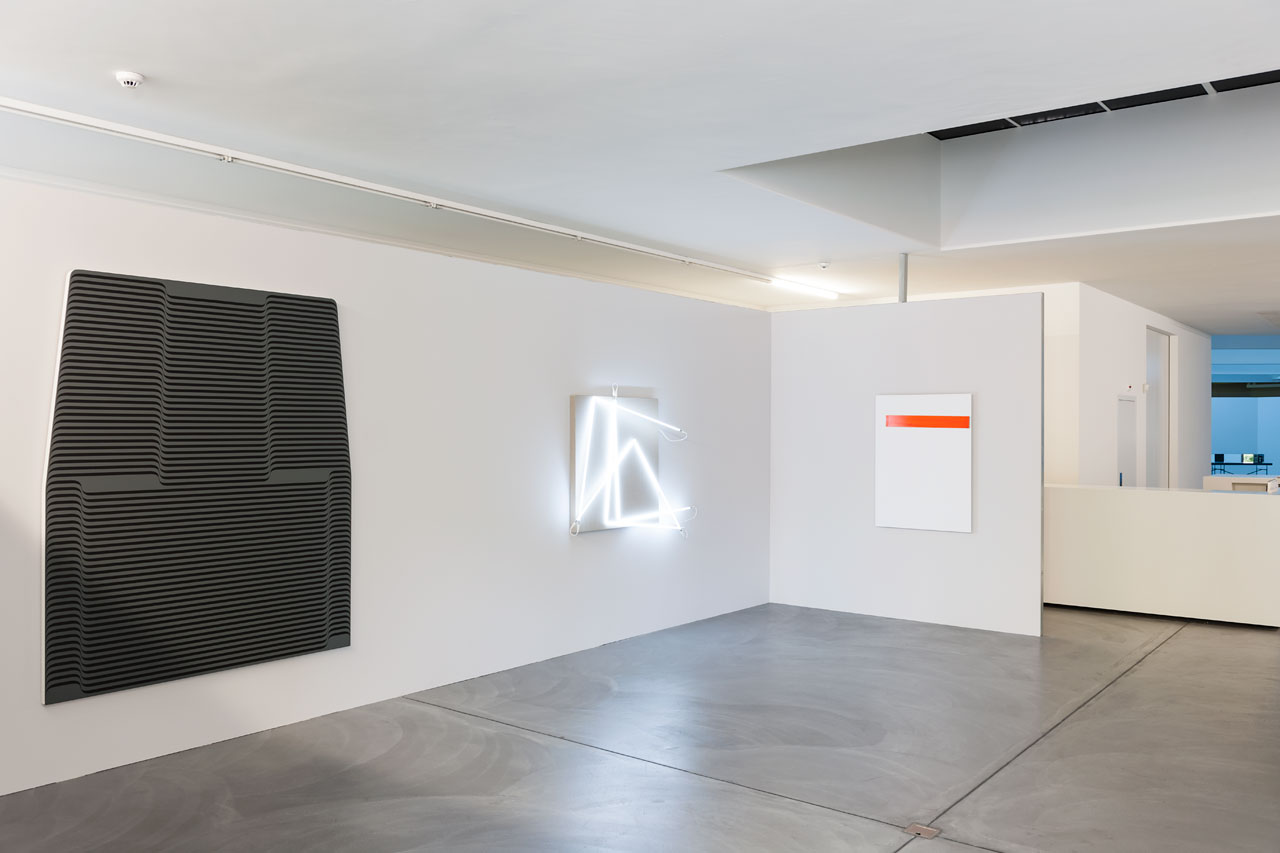 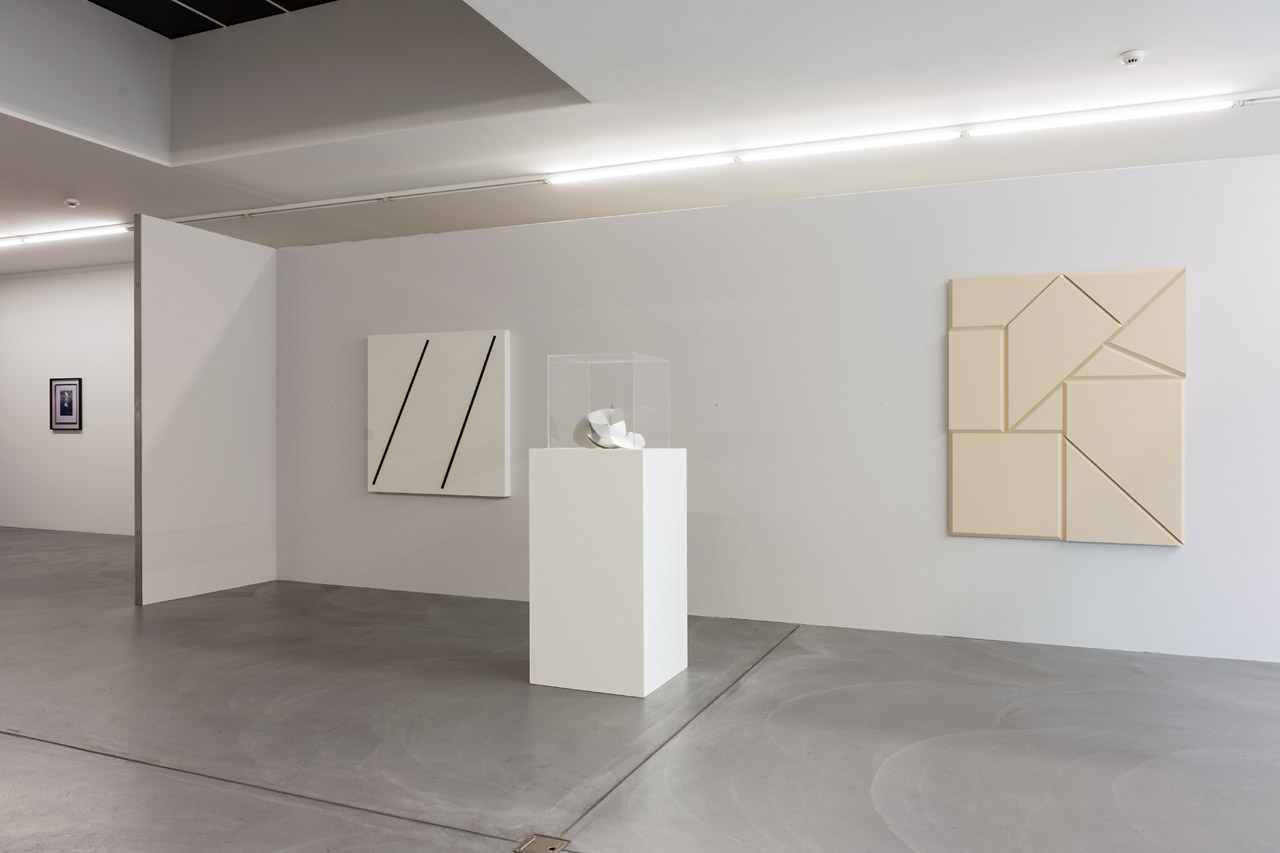 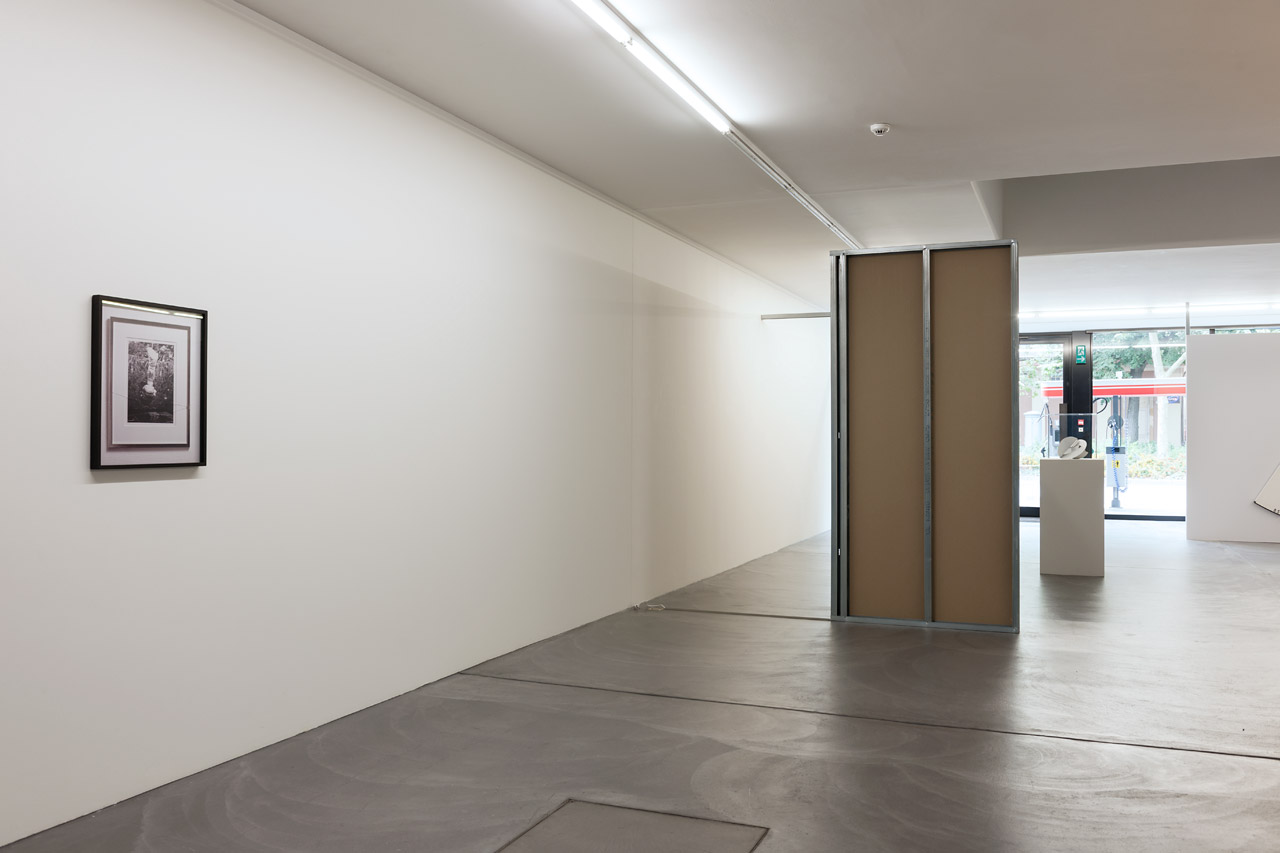 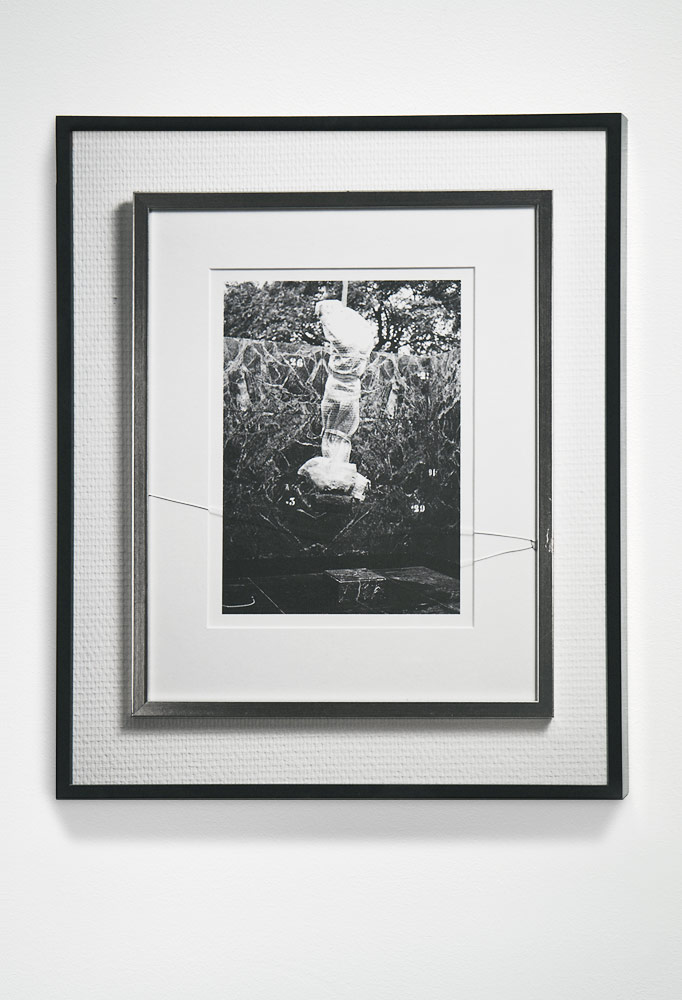 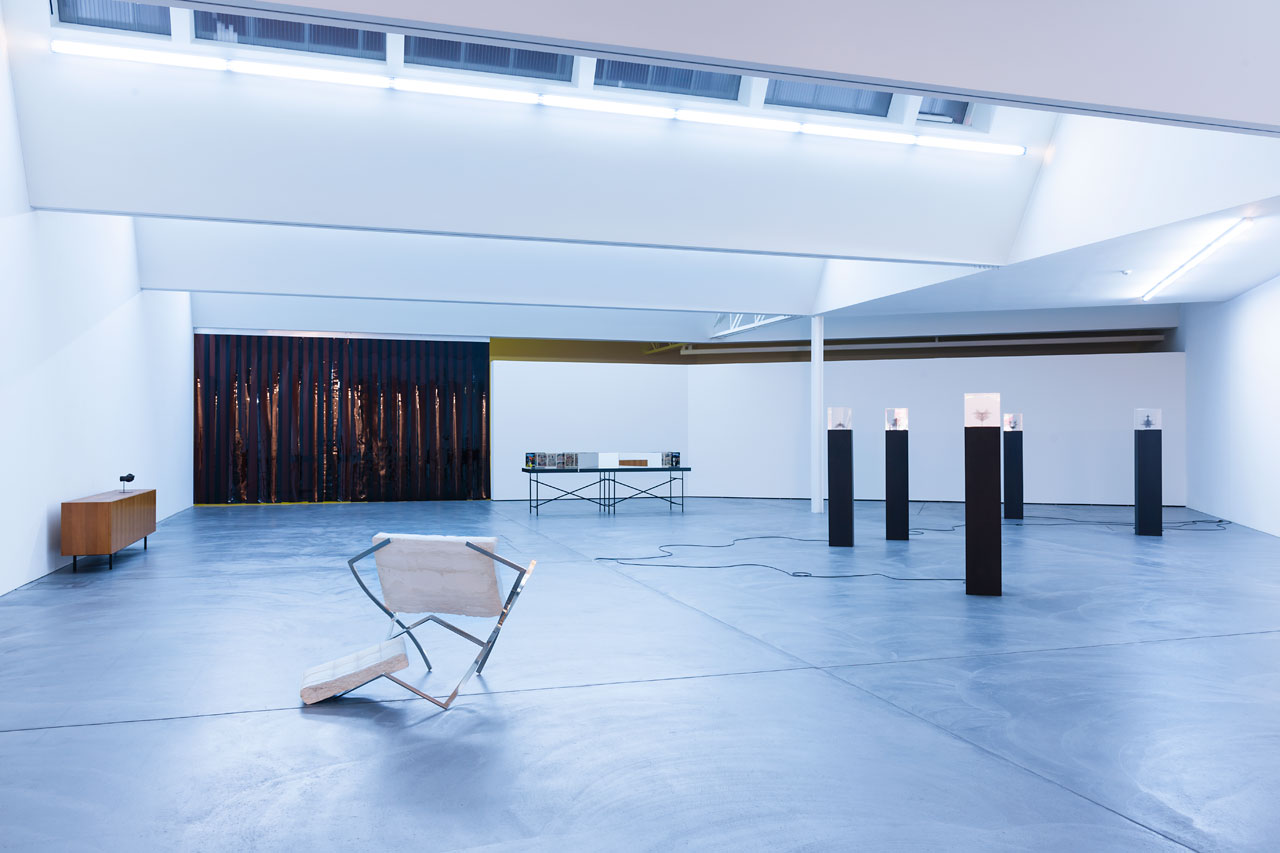 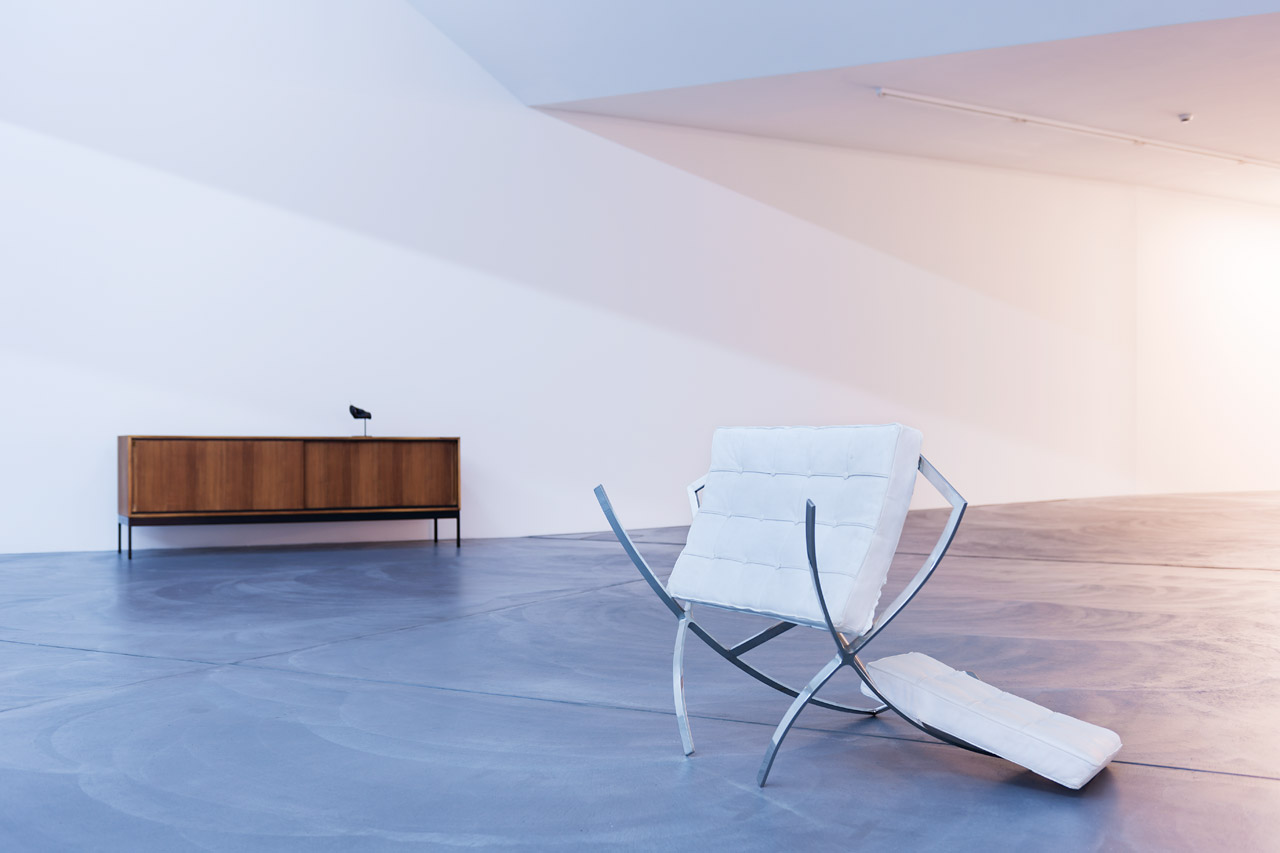 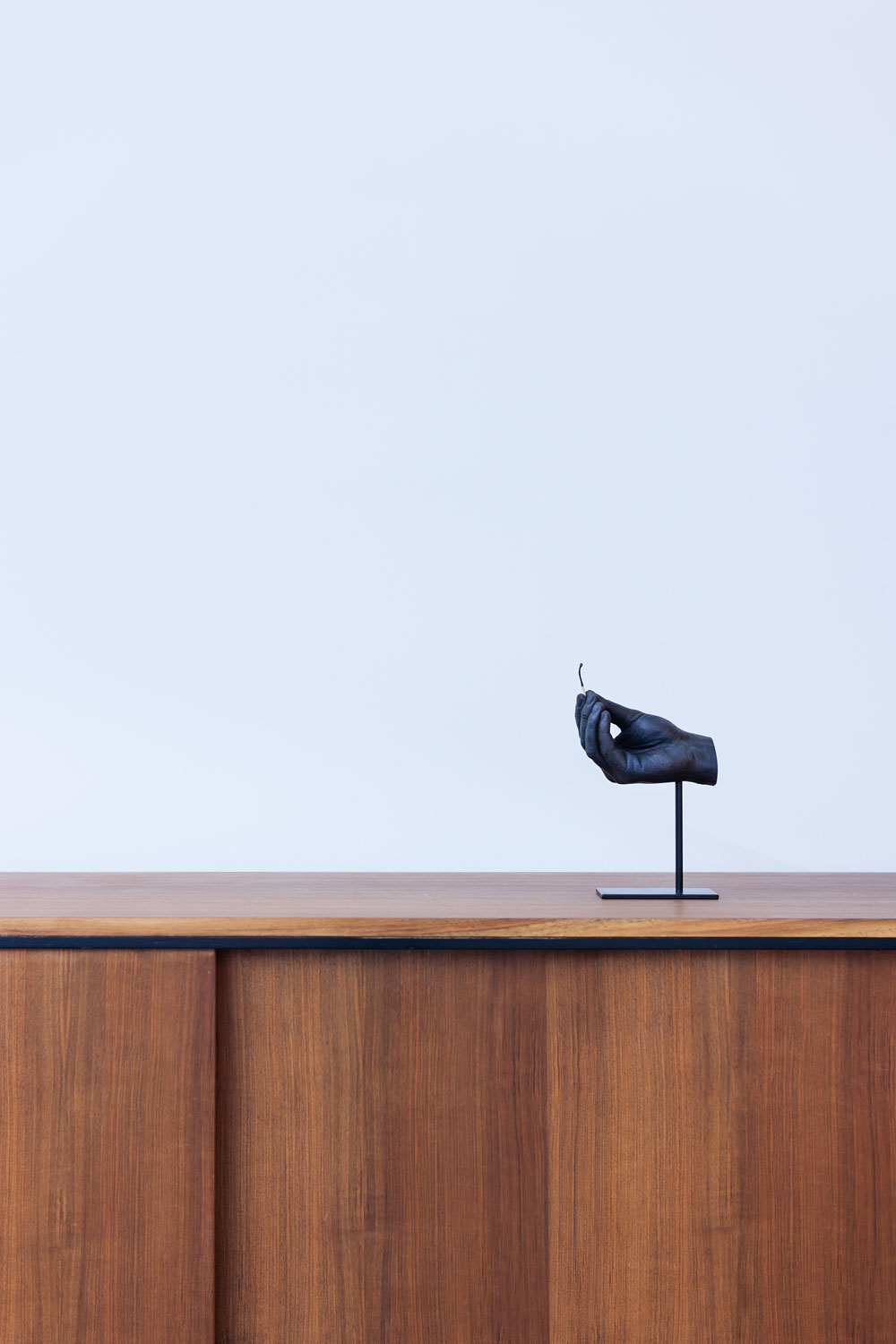 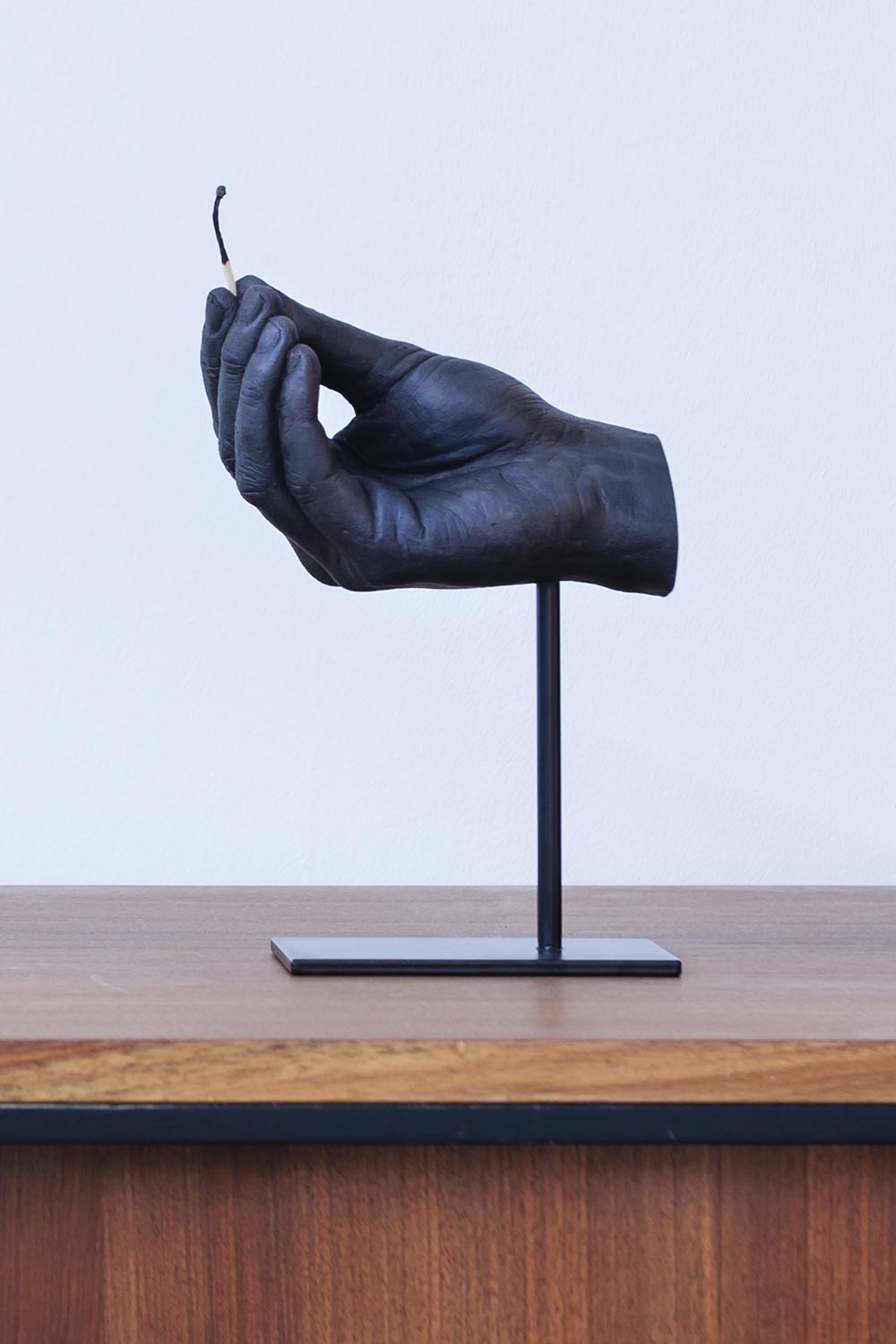 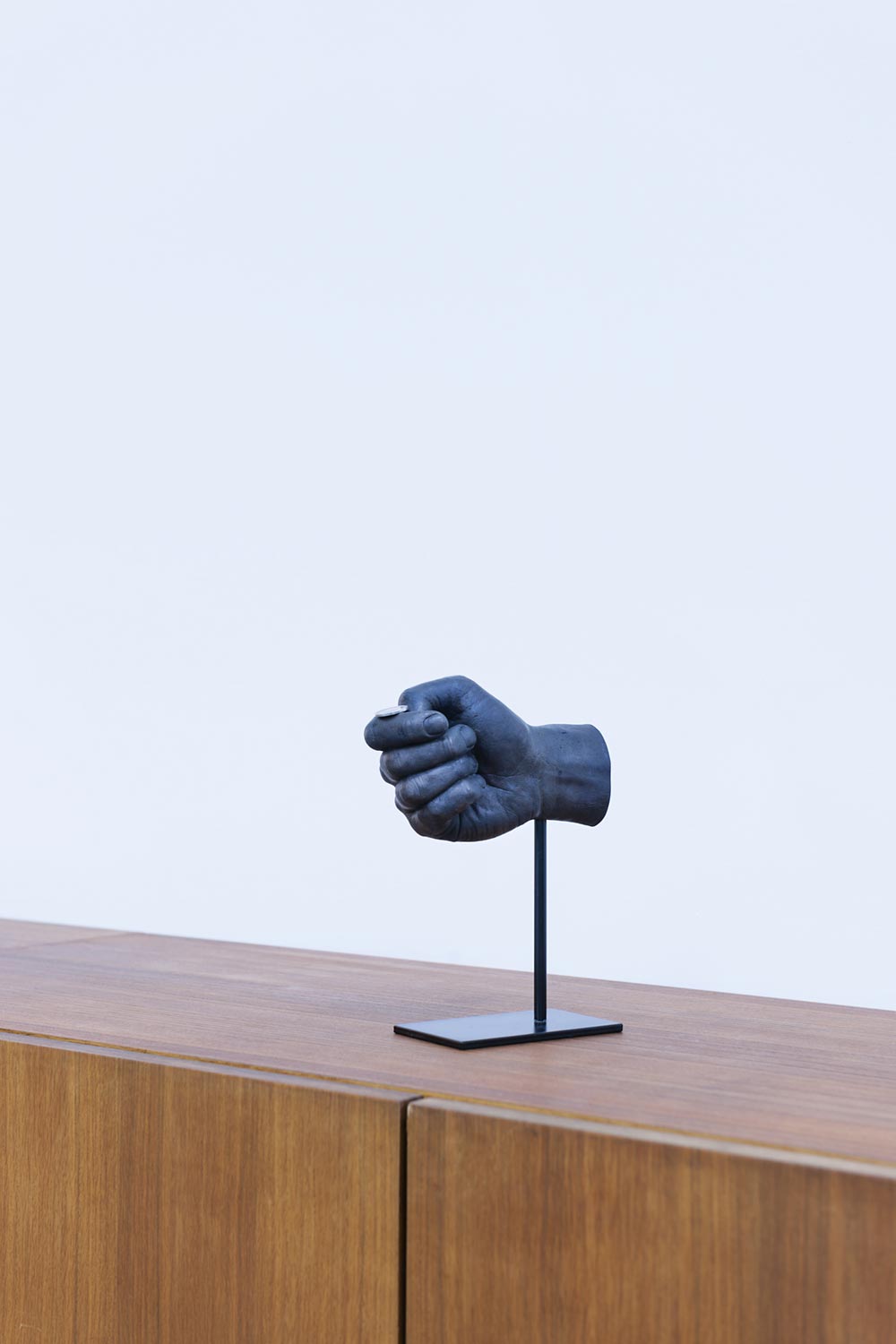 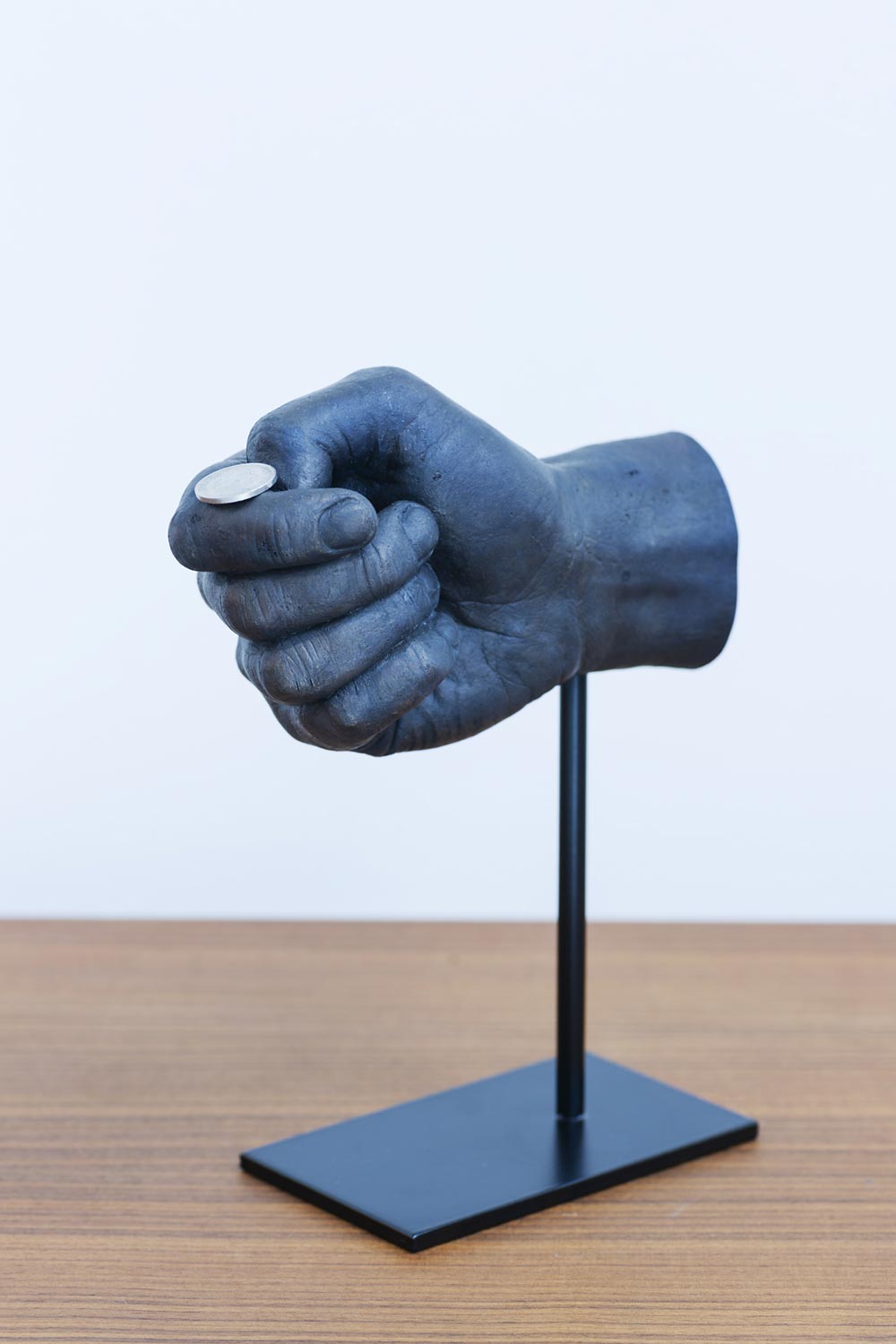 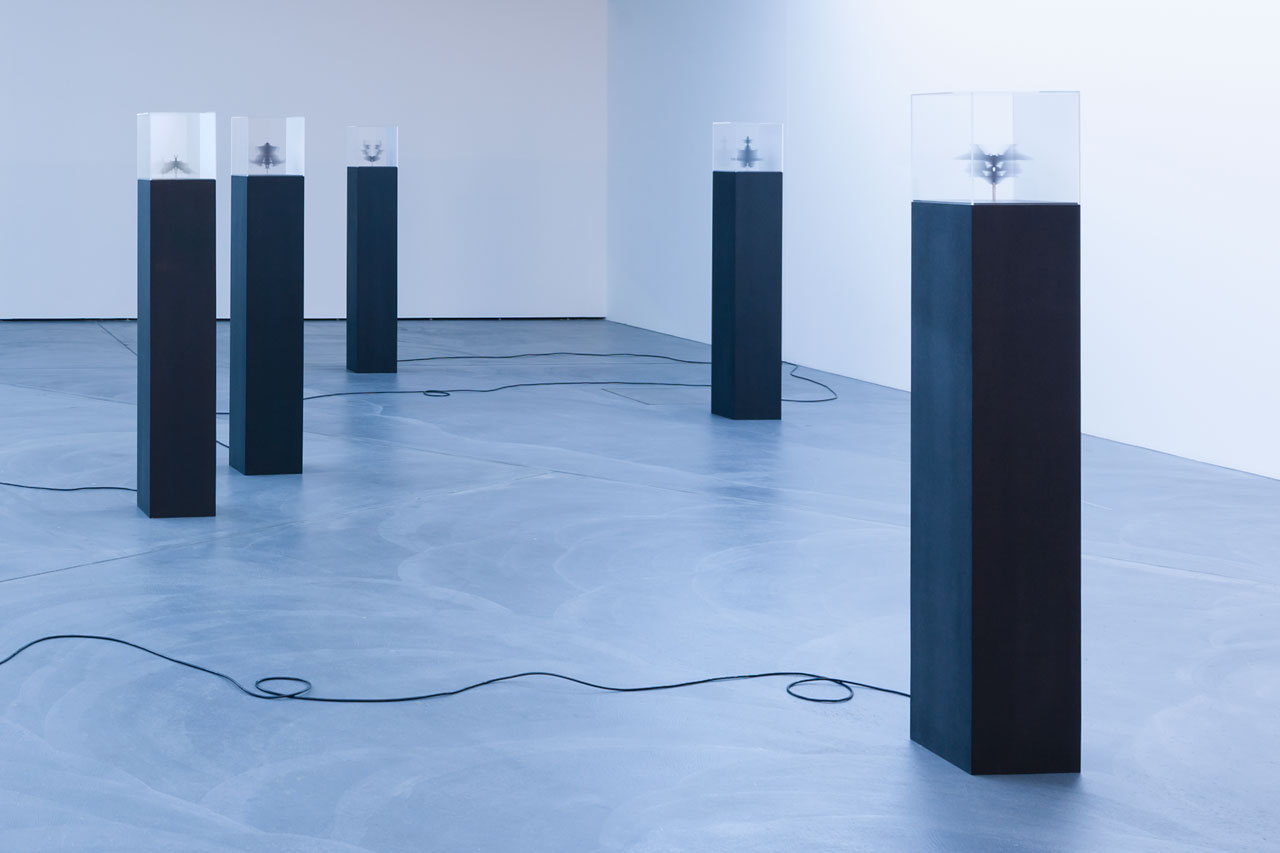 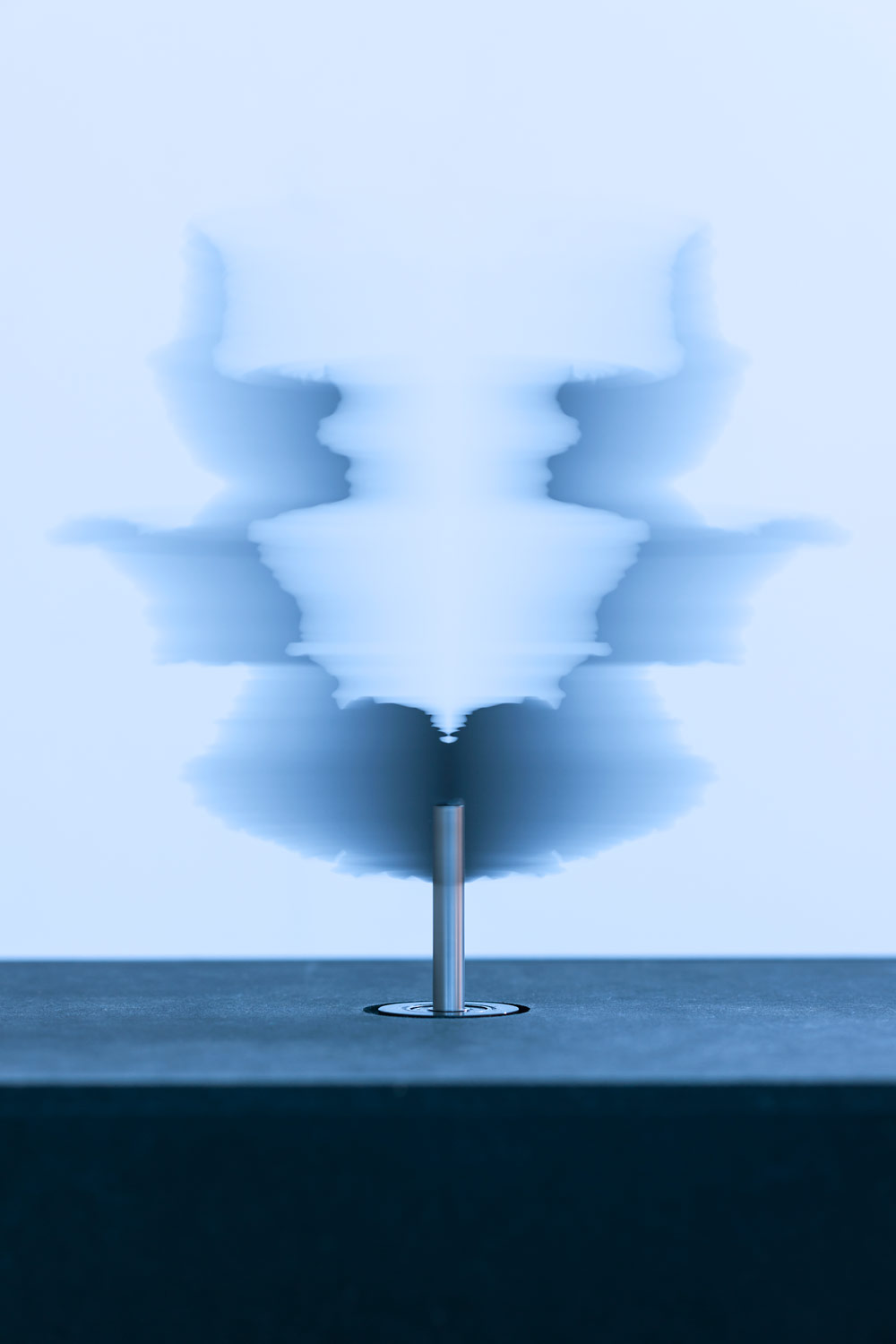 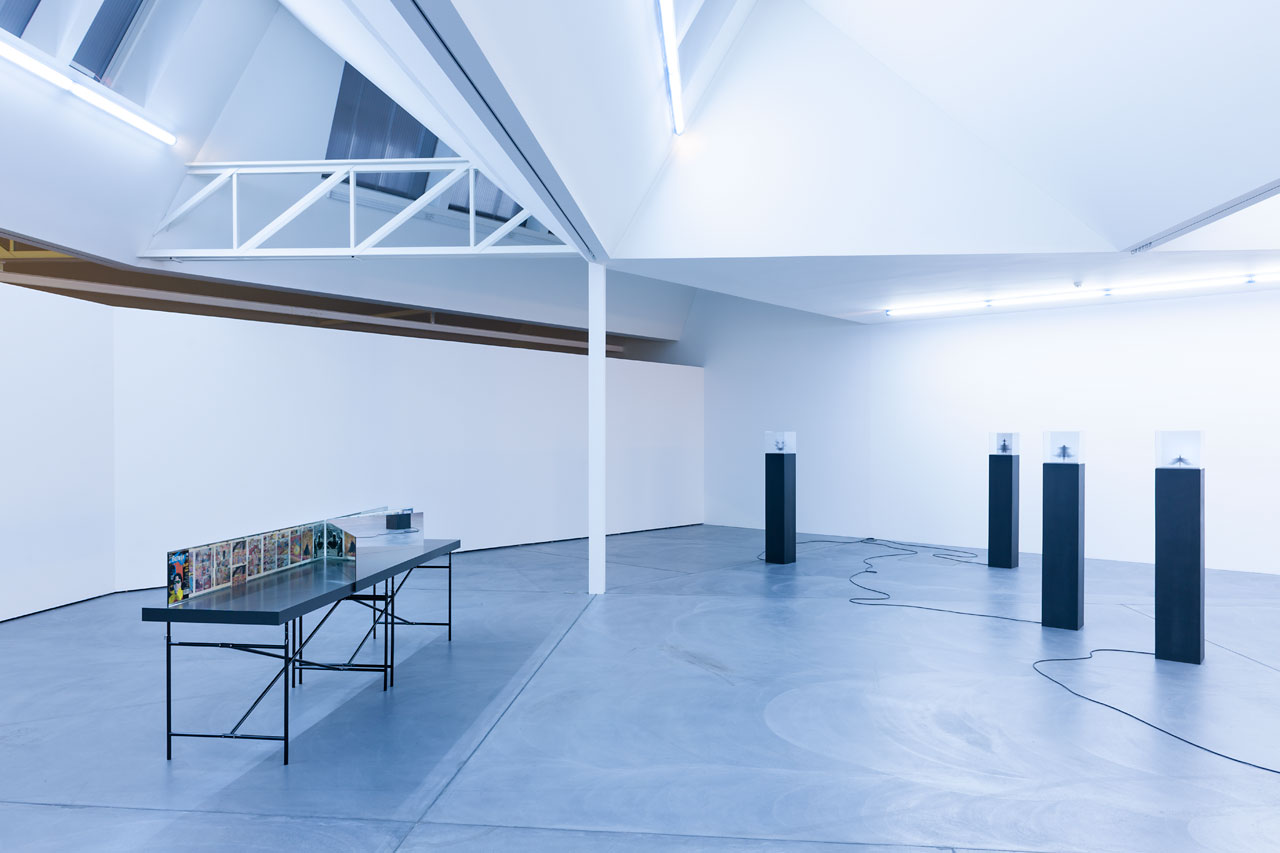 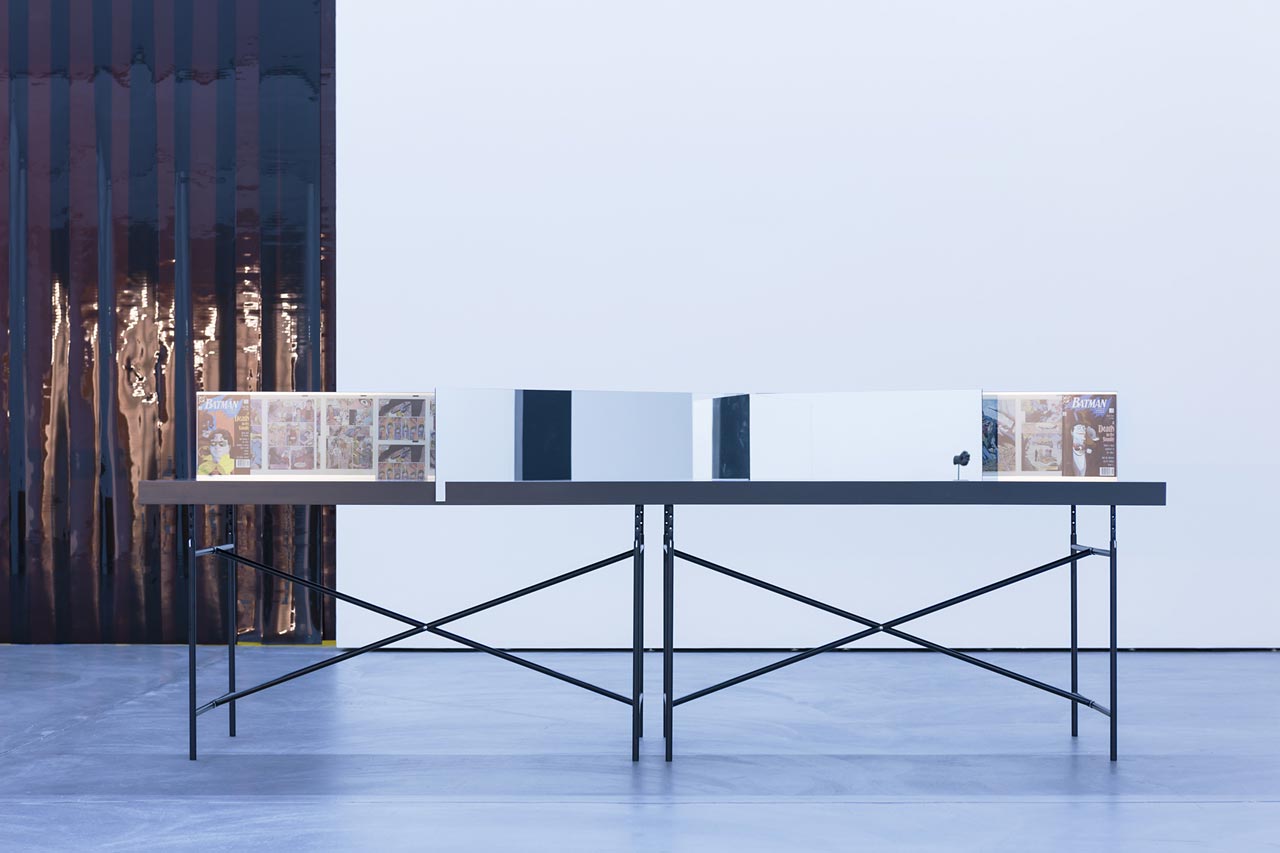 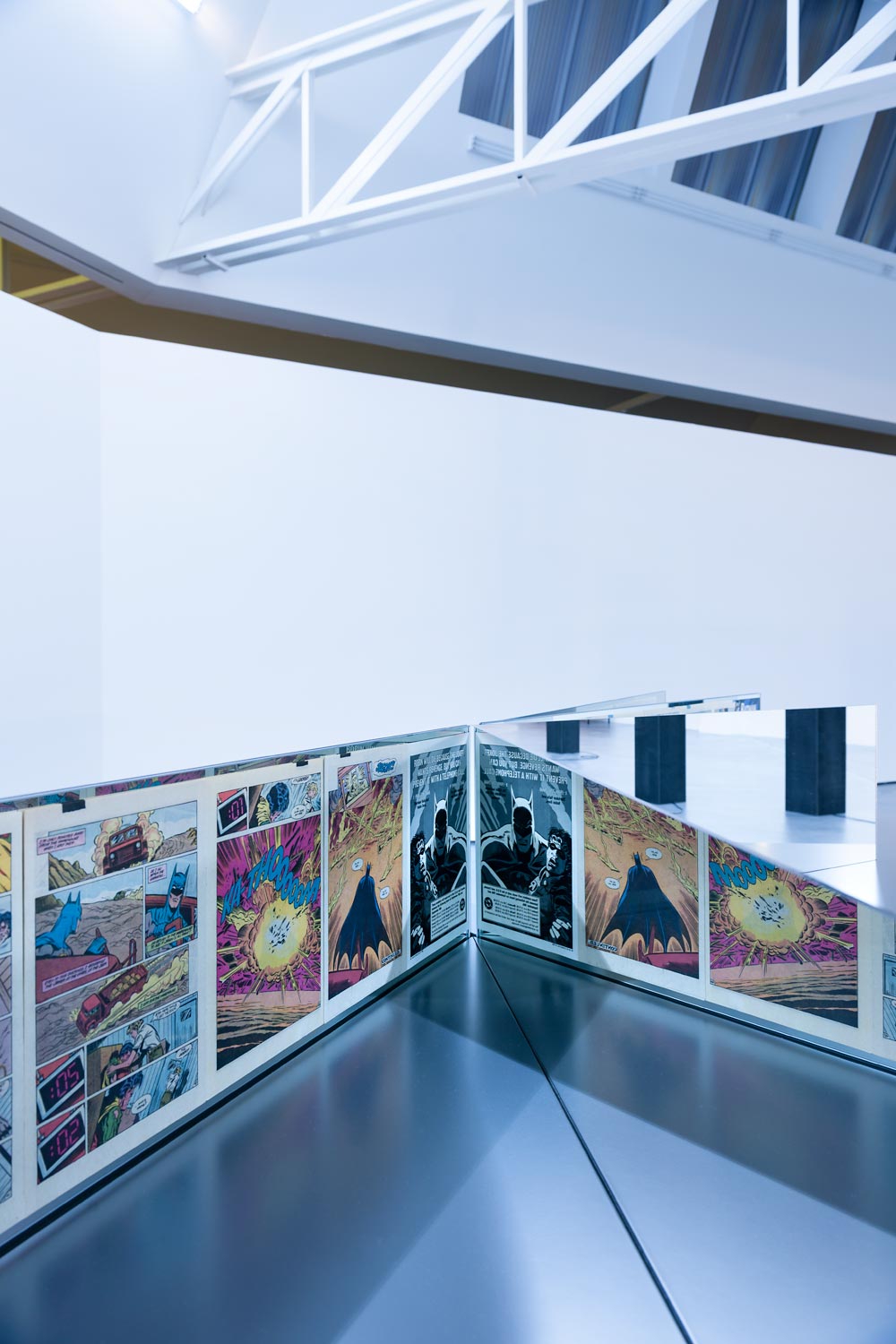 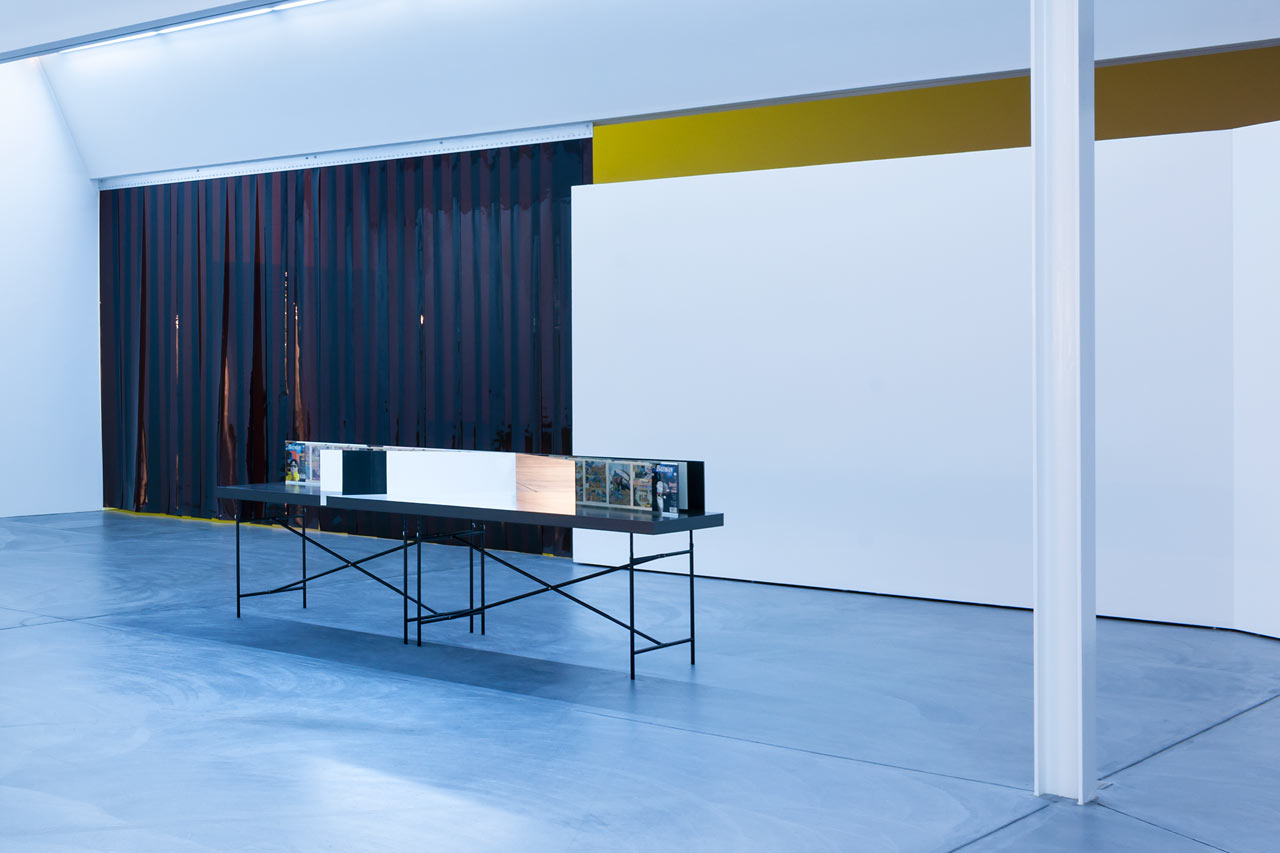 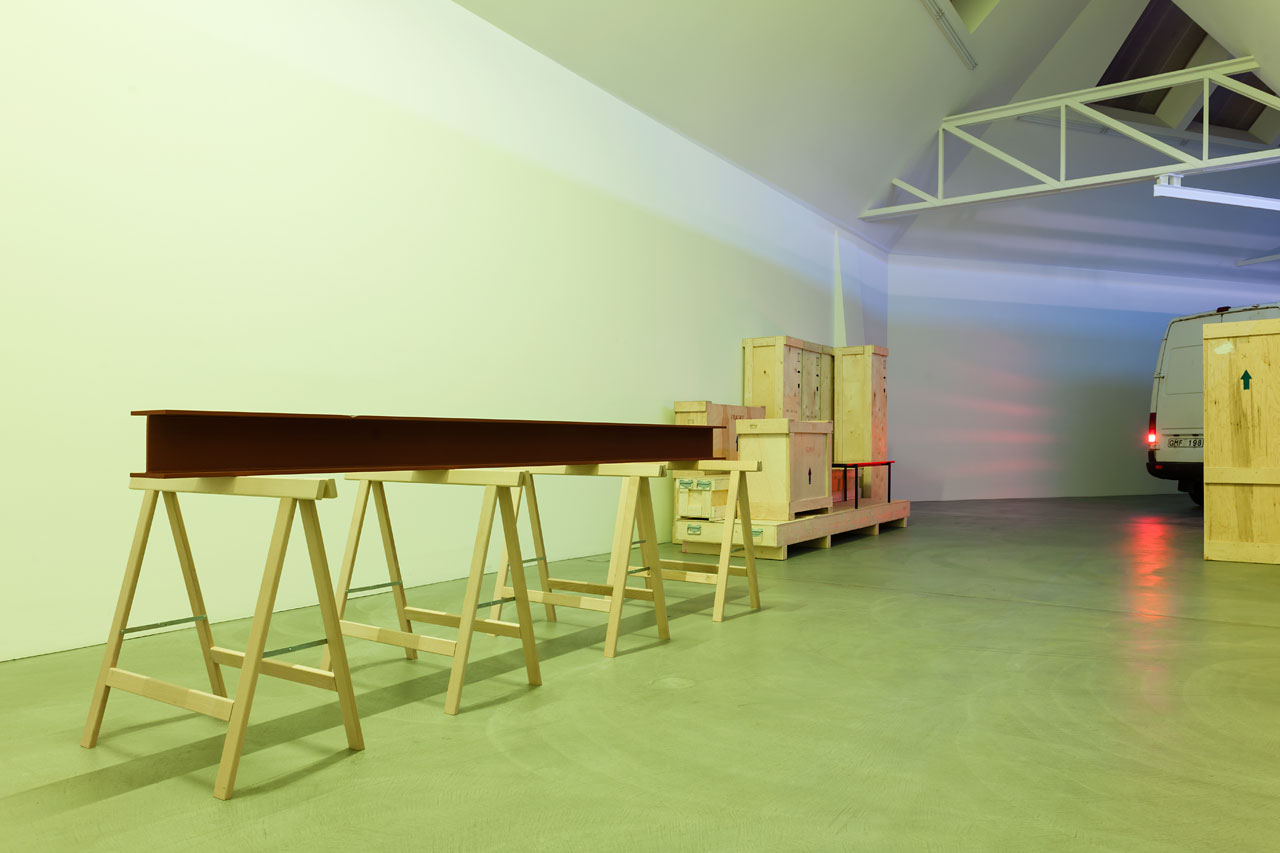 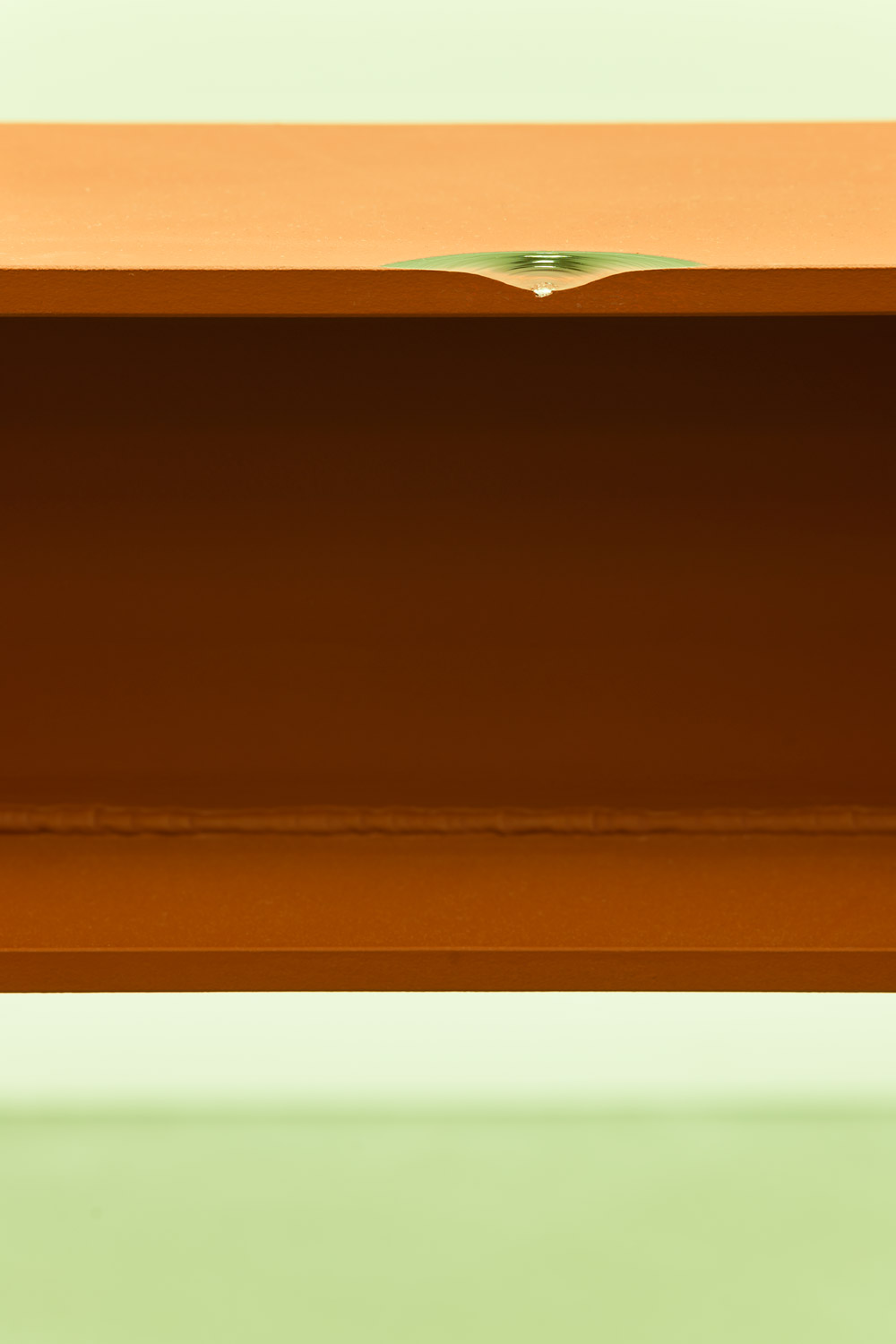 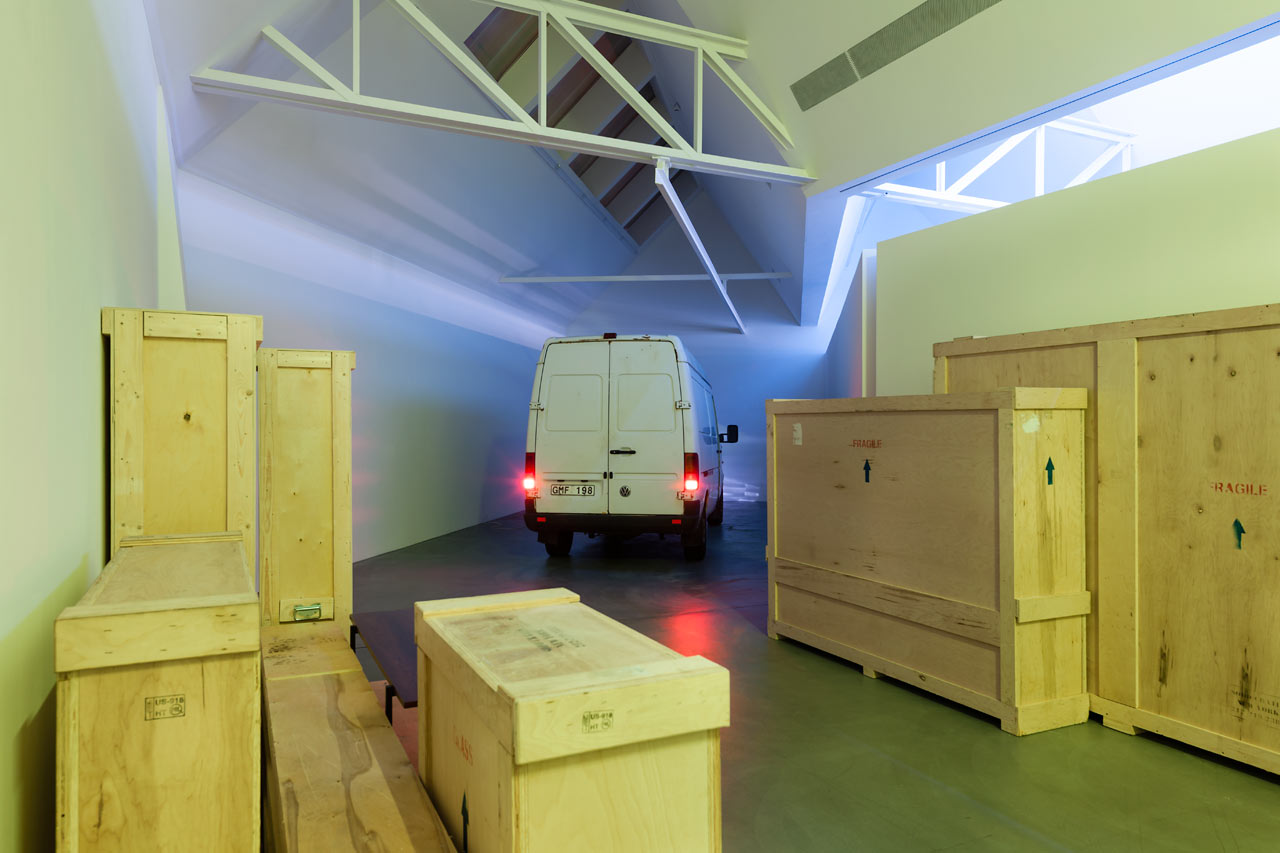 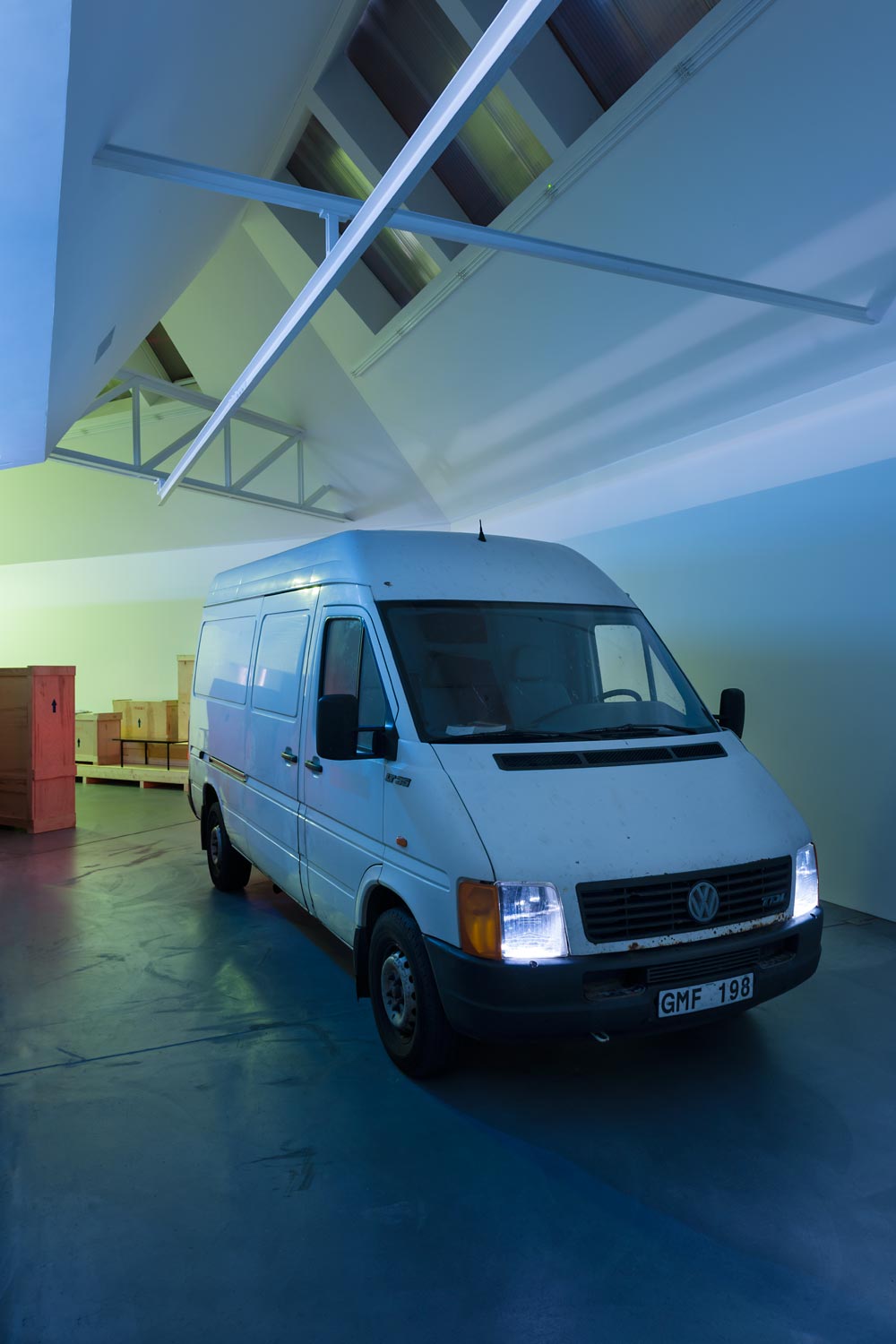 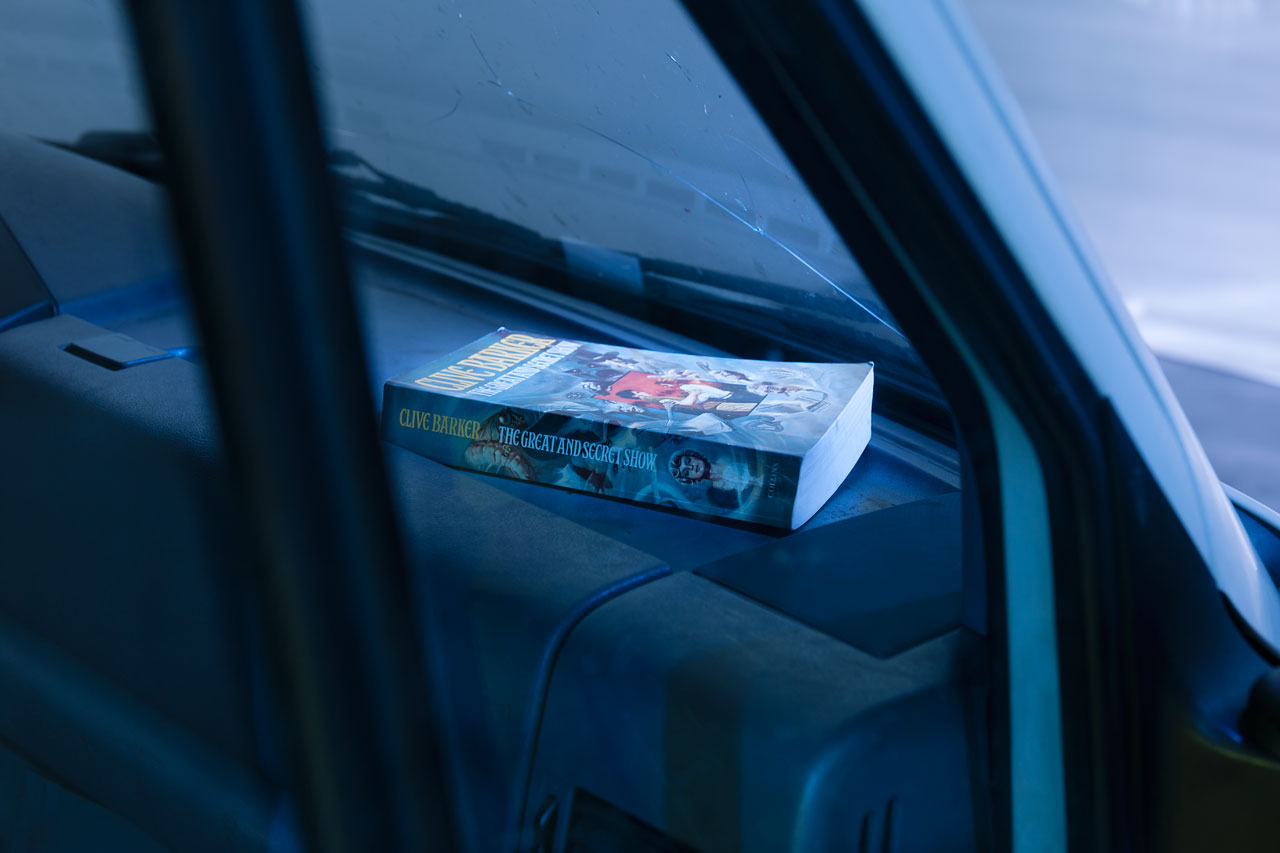 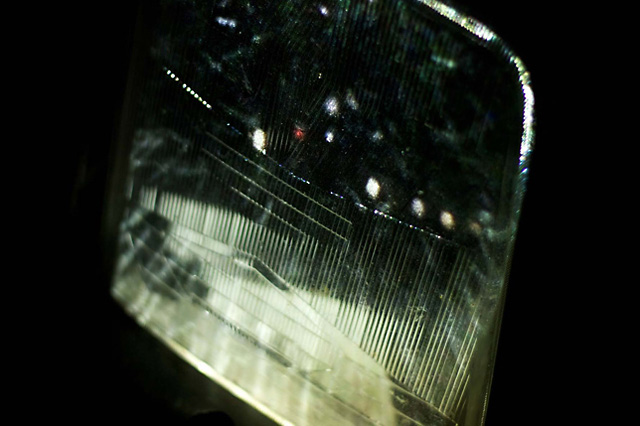 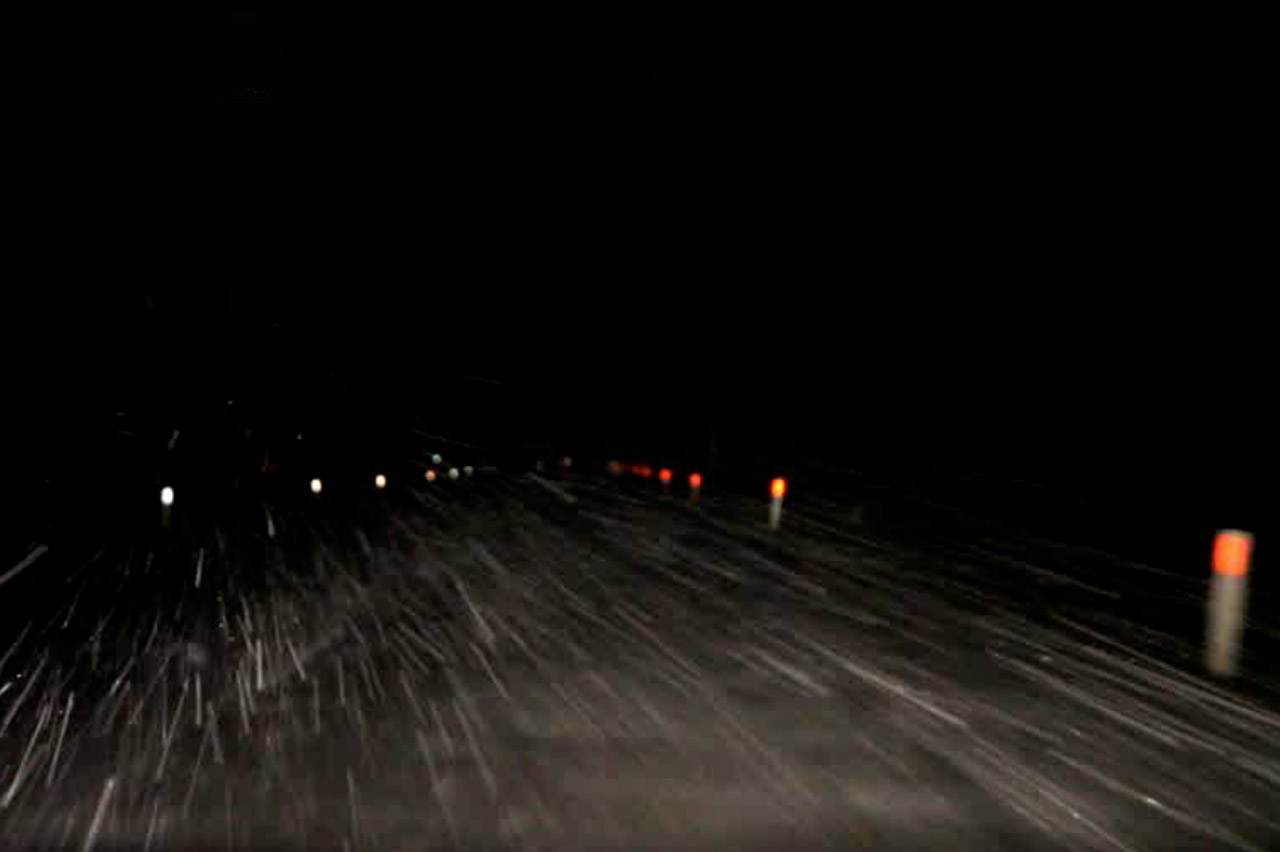