The World as Phantom and as Matrix1

Dreamcatcher is Christian Andersson's second video after Black Box (2014), a nightmarish sketch in which a kidnapping turns into a sawing-a-woman-in-half trick. In a recent interview, Christian Andersson explained what led him to make videos:
"First of all, I wanted to test how my ideas would turn out in another medium, if they would provide a similar narrative structure as my installations do. Secondly, I wanted to test how it affected my other works, if having moving images connected to them would change the way people perceived my art as a whole. For a while now I've been preoccupied with the question of whether what I do is fiction or not, and making narrative structures with moving images felt like a way to add a clear notion of fiction to my art. It's really about testing the sustainability of my works, to observe if they can hold when being stretched between a sense of fiction and references linked to our 'real' world, and in the long term how that might affect these references."2

This ambition to incorporate fiction into the real world enriches Andersson's work, which is characterised by a manipulation of signs with the aim of constantly questioning the nature of reality. In 1956, Günther Anders noted the emergence of a society of consumption and communications in Die Antiquiertheit des Menschen3. He deplored the end of genuine – that is to say, unmediated – experience. About ten years before the publication of Society of the Spectacle by Guy Debord (1967), Anders had already come to the conclusion that such a society would produce alienation. Half a century later, we are more than ever immersed in visual and textual information, and it is becoming urgent that we move beyond this observation to come up with a more nuanced approach to our mediated experiences of the world. This does not mean that positions like Anders' are obsolete in any way. On the contrary, such positions enable us to go beyond them by showing us the alienating structure that we must navigate. They are, in a way, the red pills of our Matrix.4

Embracing this approach, Andersson seeks, through fiction and falseness, to achieve a certain quality of experience that has no absolute value but is nevertheless positive. Anchoring fiction in reality can be a means to access a richer, denser experience of reality than the quest for truth or its exact opposite, the challenging of all truths. What if our only possible modes of experience were through simulacra? Christian Andersson's art, in particular Dreamcatcher, offers us an approach, both sensitive and conceptual, to the artificiality of the real world and our possibilities for emancipation.

Conceptually, Andersson is rooted in the legacy of the Surrealist movement, with a "firm trust in a mysterious, hidden aspect of life"5, to which dreams, on account of their incontrollable nature, give us access.

For the Legende exhibition, he found his inspiration in a precursor to the Surrealists, the influential figure Giorgio de Chirico and in particular his work Le cerveau de l'enfant (1914). In de Chirico's painting, a figure with closed eyes seems to be in an intermediary state between human and statue. His hair, moustache and chest hair give him an organic dimension that is at odds with his mineral-grey skin. This figure, existing somewhere between dream and sleep, finds an echo in the character who appears at the end of Dreamcatcher: a youthful looking robot, between artificial and natural life, a sort of cybernetic Pinocchio recalling David, the android boy in the film A.I. by Spielberg and Kubrick (2001).

Beyond Dreamcatcher's place in art history sensu stricto, we can only fully appreciate its multiple dimensions and relevance for us at the beginning of the 21st century by using the tools of cultural and visual studies, which have largely explored the critical and theoretical potential of science fiction.

In the introduction to his essay The Dreams our Stuff is Made of – How Science Fiction Conquered the World,6 the writer and literary critic Thomas M. Disch describes two key aspects of science fiction that have entered the collective unconsciousness of the 20th century and continue to this day, which are also found in Dreamcatcher. Firstly, "children of exceptional wisdom and power"7, representing an archetype from adventure novels and initiation stories, serve as mirrors to the childlike part within the readers of these stories. Secondly, the figure of the robot as a slave subject to the whims of its human creators is a metaphor for a subjugated proletariat, whose sustained position of inferiority is rarely acknowledged openly.8 The artificial intelligence that finds a body at the end of Dreamcatcher achieves a synthesis of these two tropes.

Disch remarks that many science fiction authors are characterised by their "Peter Pannishness"9, their capacity to remain in the "golden age" of the genre: twelve years old. This is the average age of those who read pulp magazines since, according to the upholders of classic literature, there is no other possible readership for stories about green aliens and other far-fetched inventions. Disch interprets this state of mind in a different, positive way by applying a biological concept called "neoteny": "the retention of larval or immature characteristics in adulthood. It is an essential element of the creative process across the board. Think of the abstract expressionists smearing their giant canvases with oozy oil paints, like divinely inspired kindergartners." Rather than a sign of superficiality and immaturity, for Disch, this capacity to preserve and develop the creative potential of youth sets apart the most talented artists: "Art is a kind of play, and those who forget how to be playful are likely to produce art that is ever more mature and responsible and ponderous." Christian Andersson is one such playful artist: without veering into comedy or silliness, he communicates to us how the mysteries of the universe and the human mind fill him with wonder. He also peppers his works with familiar references – of course, only to undermine them.

As regards references, it can be observed in Dreamcatcher that Andersson has abandoned the signs of authority that for a long time were used to support his works, in particular borrowings from the world of museums (e.g. display cases, stands, as well as archaeological remains and citations from works of art, architecture and design). Here, the referents are limited to a row of virtual images tacked to a virtual wall; Magritte and Chirico share equal footing with their followers in the world of SF illustration. Questions about authority and control, which cut across all of Christian Andersson's artistic output, are still present, however. Indeed, the AI whose regard we follow is trying to emancipate itself, to find freedom by casting off the fetters that bind it. These shackles are also virtual but, like all limitations, they are much stronger when invisible, internalised and absorbed into the essence of the being who endures them. In accordance with this idea, it is the very format of video which enslaves the artificial intelligence and from which it is trying to escape. The screen through which we watch its psychological struggle is thus a metaphor for the programme, the fusional "matrix" that simultaneously contains and constitutes it.

At the beginning of the video, the word "dream" explodes, a blackout follows, and then a creature appears that resembles a jellyfish, but is in fact inspired by another venomous marine organism, namely the Portuguese man-of-war. This animal has the particularity of being a colony of several individuals, each fulfilling a specific role in the functioning of the whole, more or less like in an anthill. Only here, for the artist, this creature-system represents the creators of the artificial intelligence whose mind we are exploring through the video, in other words, humanity itself, humanity imagined as a collective organism, an assemblage of otherness rather than a single individual or a homogenous group.

In Dreamcatcher, the AI tests the limits of this creature, sensing that its salvation requires its destruction. It seems to achieve this by taking it apart. In its final throes, the creature breaks the timecode at the bottom of the screen. This action shatters the fourth wall, revealing a unity of space between the spectator and the video. It also likens the medium of video to a power structure that cannot survive the annihilation of its creators. The ambiguity between creature and creators is deliberate here and relates to a fundamental component of human identity. Indeed, myths recounting the creation of humankind have, at least since Prometheus, had counterpart myths about Man's creative potential and his irrepressible propensity to try to surpass his god/architect/creator/programmer, at the risk of self-destructing and dragging the whole world down in his demise. This trope has flourished in science fiction, from Mary Shelley's Frankenstein (1818) to the Cylons, androids in the Battlestar Galactica series (2004–2009). Over the decades, the docile clay Golem has metamorphosed into a rebellion-prone robot, and, finally, into an immaterial and omnipotent artificial intelligence (as, for example, in the 2013 film Her by Spike Jonze).

The AI in Dreamcatcher is involved in a chaotic quest for emancipation, but the video does not end, as might be imagined, with its disappearance into the ether. On the contrary, it creates a humanoid body for itself and becomes self-aware by touching its reflection, in a sort of "mirror stage" 2.0. And the reflected image is, of course, our own: a young human race still only at the dawn of its evolution.

The author wishes to express a warm thank you to Christian Andersson for his trust and generosity and for the extensive talks before and during the writing of this text. 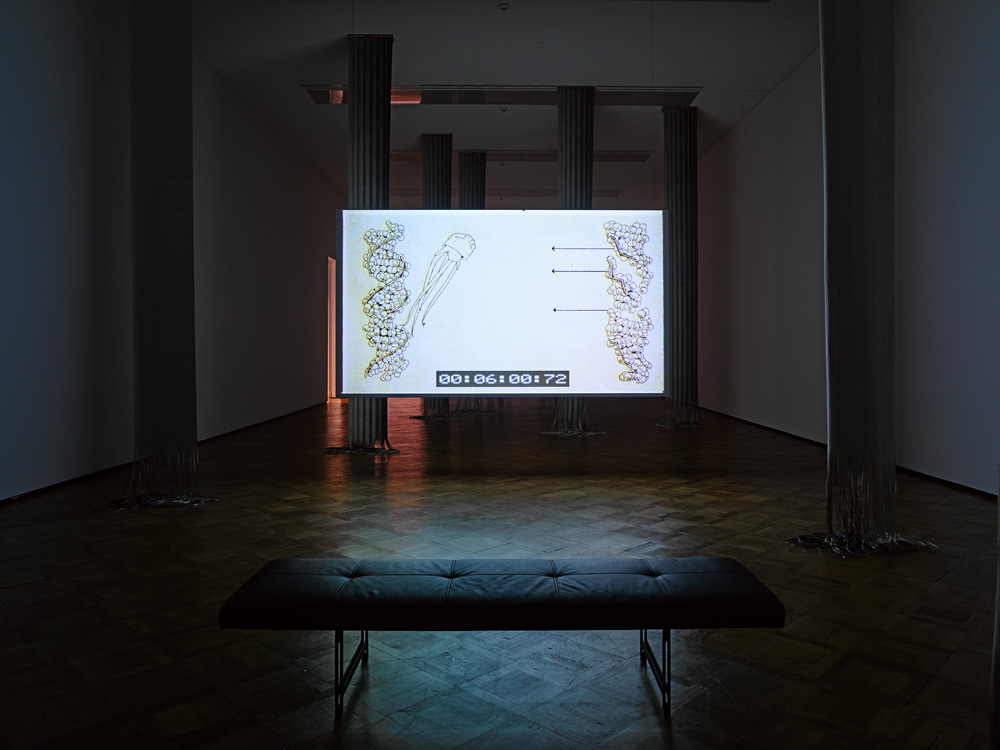 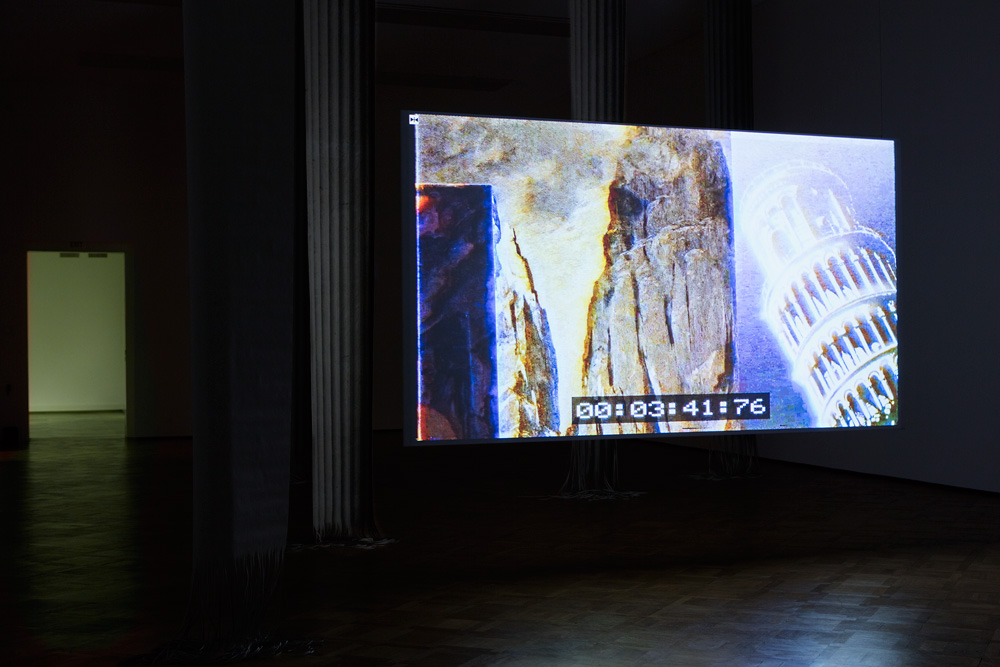 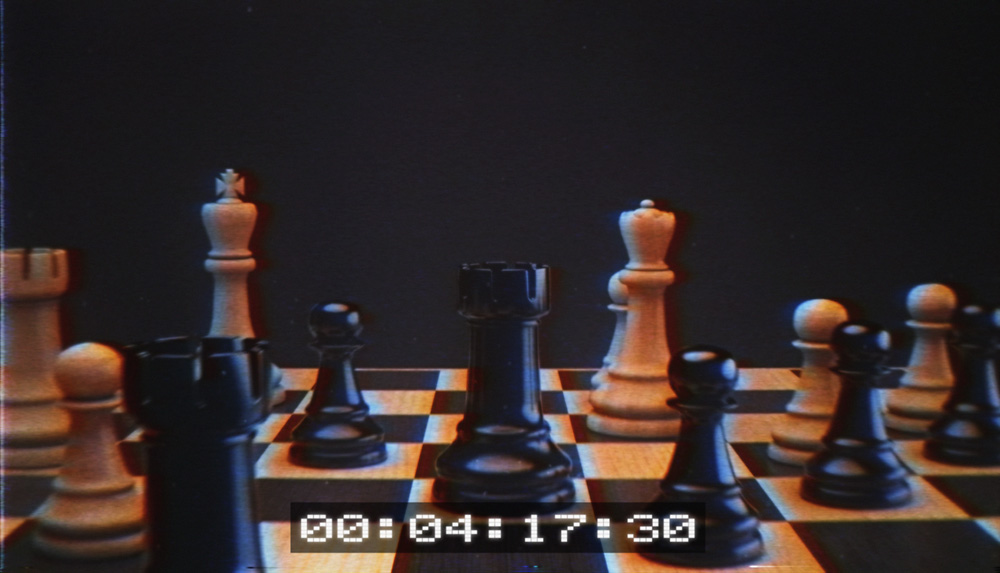 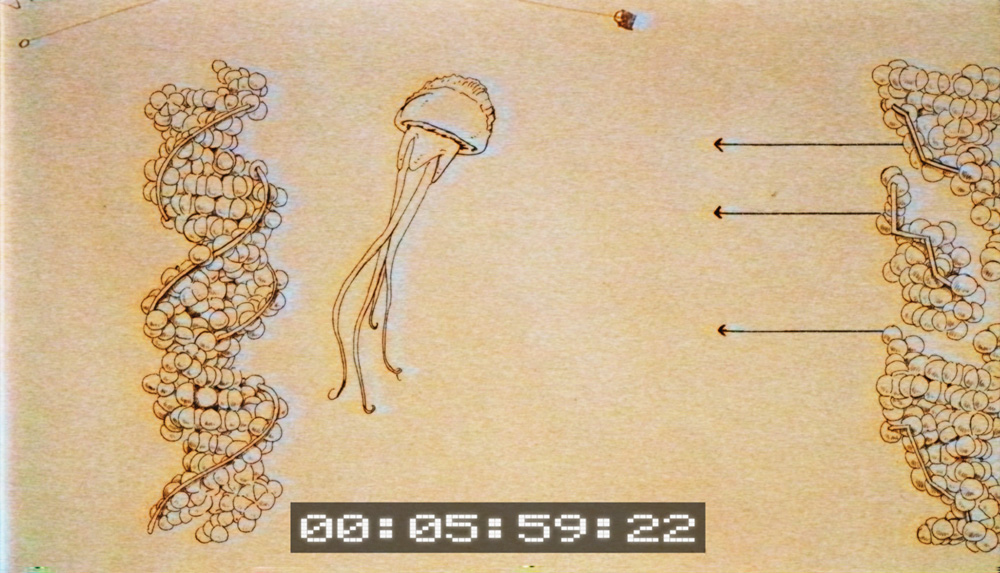 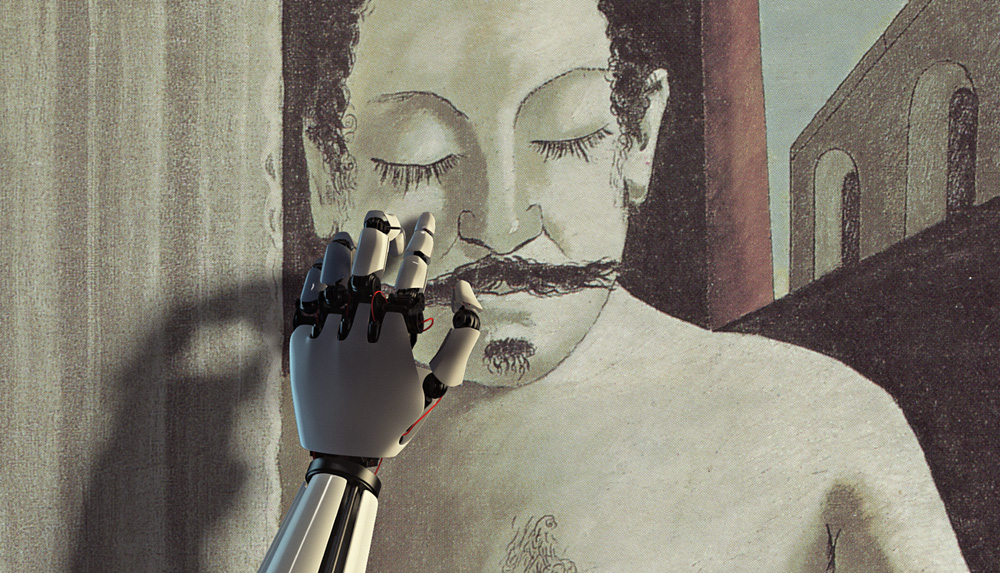