A black display case made of glass and wood with an interior halogen light. The case holds inside one vintage-looking book; Edward Bellamy's Looking Backward 2000-1887. The halogen light in the vitrine makes the bookstand cast a distinct shadow on the vitrine bottom surface. On closer inspection one realises that the shadow from the book stand is visible through the shadow of the book, which also seems to be semitransparent and somewhat coloured by the book itself.

The book now appears as if it no longer fully functions on the physical plane. Maybe now existing in a ghostly discourse, where its primary value is as a proof of the time when it was written. Its aim has thus been countered; Something that originally was a story people used to get closer to the future has now become a document that stands proof for time and history.

This transition point is illustrated with a display case over a circumstance where time and place fit loosely together. A singularity steered by choice and manipulation; Everything that is lit is not visible, all that is visible does not exist. 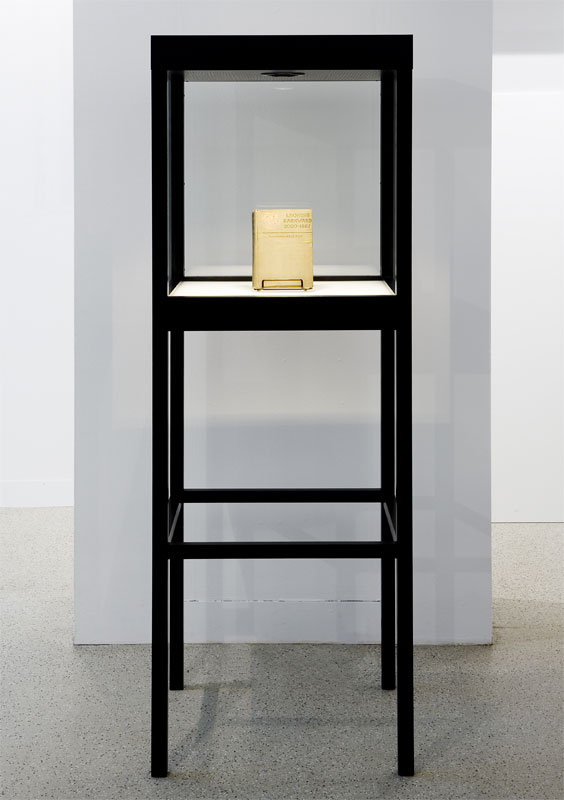 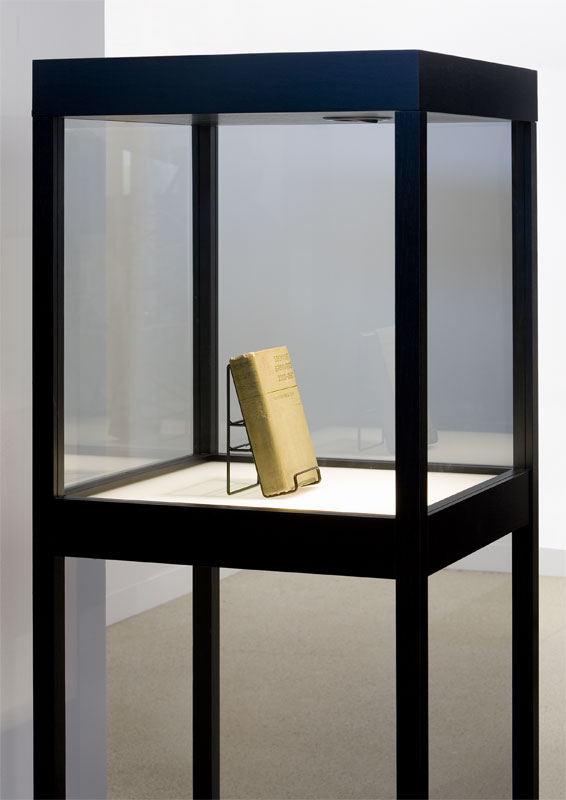 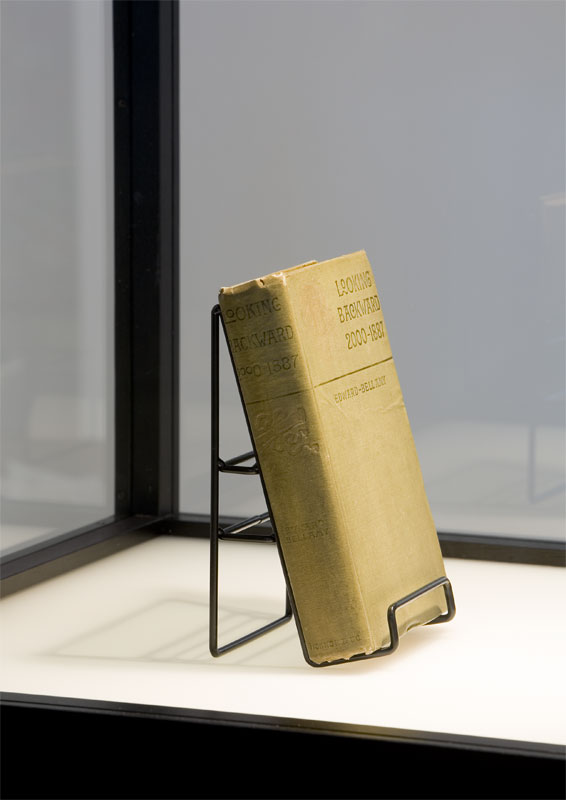