The ceramic urns are replicas of ancient originals excavated in Iraq in the 1930s. Archaeologists discovered remains of metal and acid on the inside of the urns, which led to speculations that they could have been chemical batteries, used to gild silver objects or to give religious metal objects a slight electrical charge. If so, they predate Alessandro Volta’s accredited discovery by nearly two millennia.

The premise challenges the concept of linear historical progression on which museums are based. In this piece the artist restages the hypothesis, filling the urns with vinegar, turning them into primitive electrochemical batteries. The current produced by the cells charges a metal rod, creating an electrical magnet. This magnet holds a single paperclip. Confronting this work forces us to consider whether the theory could be true, or even possible, and if so what that would mean for our own view of history. 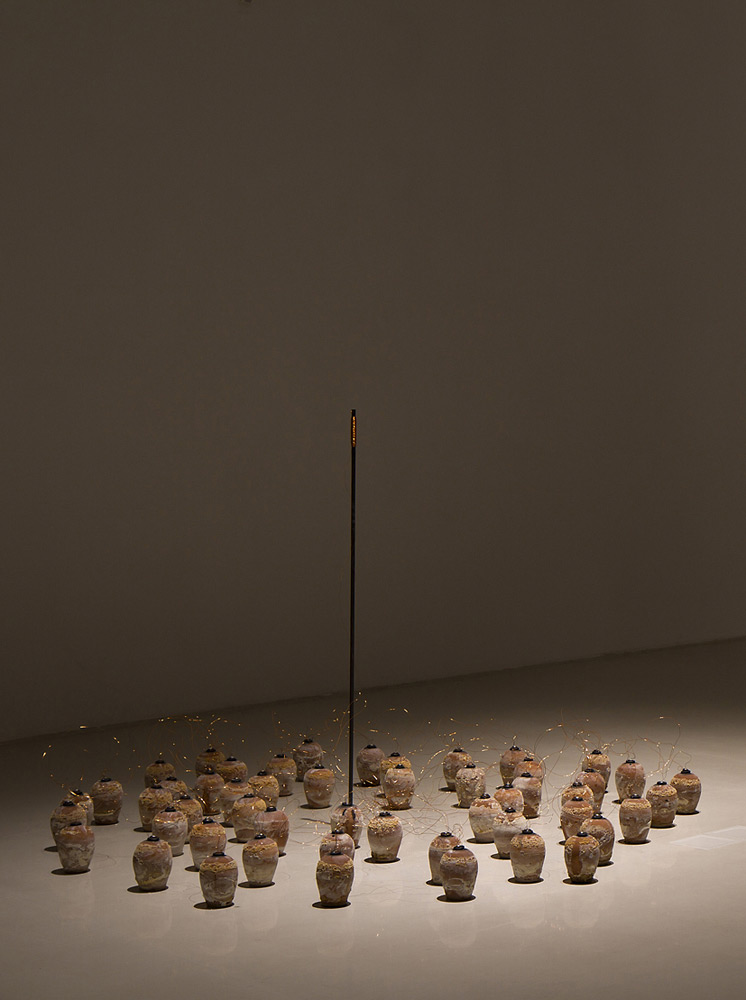 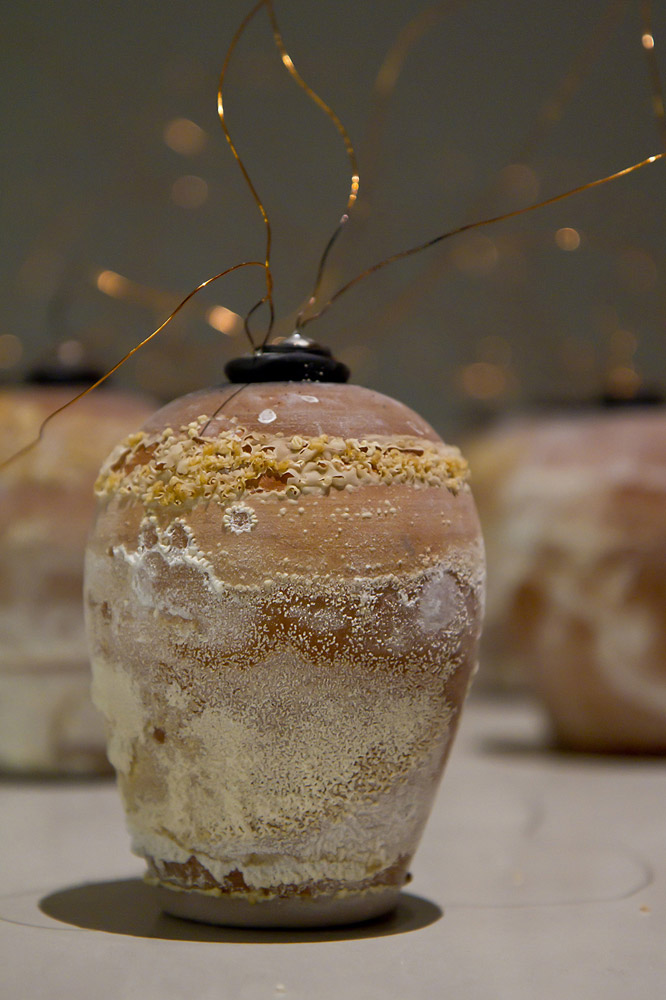 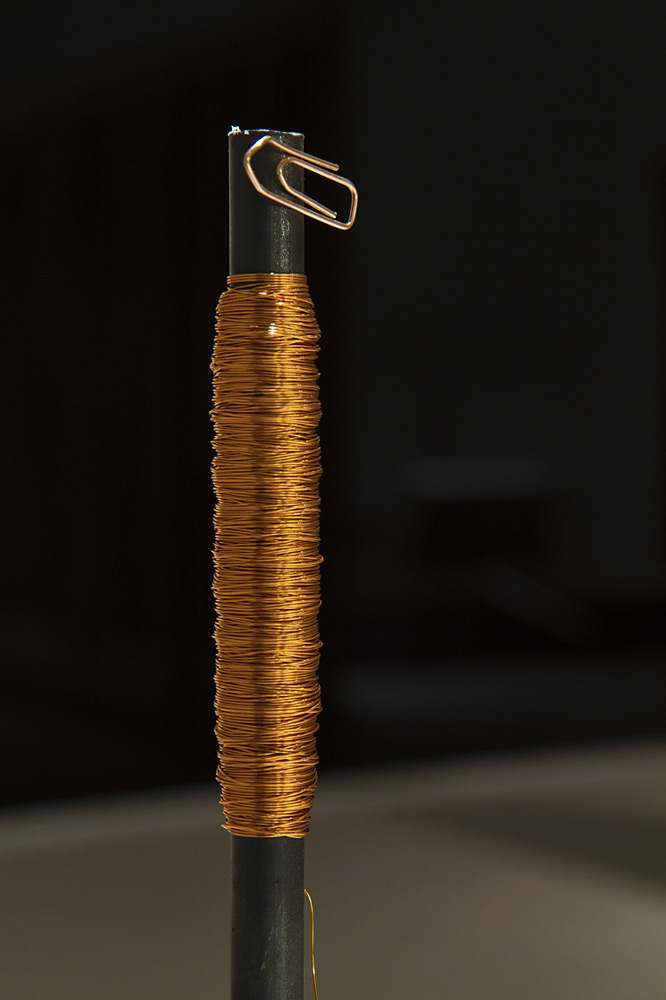